Shahidul Alam: The Tide Will Turn

To my fellow prisoners in Keraniganj Jail, and the youth of Bangladesh who continue to resist, and to Abrar Farhad who was murdered by fellow students for his defiance.

“On the night of 5 August, I did not know if I was going to live or die,” writes Shahidul Alam, one of Bangladesh’s most respected photo- journalists, essayists and social activists, remembering his arrest, torture and eventual 101-day incarceration in Keraniganj Jail in 2018. Just a few hours before, he had given a television interview criticising the government’s brutal handling of the student protests of that year which had called for improved road safety and an end to wider social injustice—in his words, “the years of misrule, the corruption, the wanton killing, the wealth amassed by the ruling coterie.” Combining Alam’s photos and texts with those of a range of collaborators, including artwork by Sofia Karim and fellow inmates, The Tide Will Turn documents his experiences, the global support for his release, and the ongoing fight for secularism and democracy in Bangladesh and beyond.

Described by its editor Vijay Prashad as about “the beauty and tragedy of our world, about how to photograph that dialectic,
and about how to write about it,” END_OF_DOCUMENT_TOKEN_TO_BE_REPLACED

The award ceremony in New York by Jose-Carlos Mariategui

Photojournalist and activist Shahidul Alam speaks out about the effects of his detainment on Dhaka’s Chobi Mela Festival, and how the event still plans to persevere for years to come. 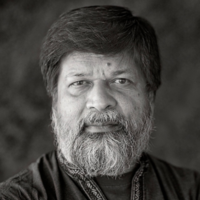 SHAHIDUL ALAM Photo: Tom Hatlestad
The year 2018 is one that Shahidul Alam, and the wider international photographic community, will not forget so easily. In August last year, just hours after an interview on Al Jazeera where he openly criticized the Bangladesh government’s violent response to student protests, Alam was forcibly taken from his home by the Dhaka Metropolitan Police and arrested.
While remanded, Alam was interrogated and beaten. Following a significant outpouring of support and pressure from Amnesty International, the Committee to Protect Journalists, Reporters Without Borders and other Bangladeshi and international organizations and notable figures, Alam was released after spending 107 days in prison.
As a widely respected activist, photojournalist and academic, Alam is most prominently known as founder of the Drik Picture Library, the Pathshala South Asian Media Institute and the biannual Chobi Mela Photography Festival in Dhaka, Bangladesh, which returns on February 28th of this year for its tenth edition.

In one of his first major interviews since the events of late last year, Alam talks to Daniel Boetker-Smith about the upcoming festival, the political power of photography, and the state of the medium in Bangladesh, South Asia and beyond.

DBS: Given recent events that we have all followed closely, how has planning for this Festival been different to previous years?

SA: The last few months have meant that this year’s festival is coming back to its roots. Chobi Mela began as a very small event, and over the past 20 years it grew significantly in stature. But this year, we are activating a diverse range of less formal exhibition venues around Dhaka. This shift is one of necessity, because Chobi Mela is not an organization that everyone in Bangladesh wants to work with at the moment—we are seen as dangerous. A lot of previous supporters and sponsors of the festival are businesses in Dhaka, and right now they are being tested. They know that their decisions are being monitored and that there is high level of government surveillance surrounding the event. Because of this, we have had to be more inventive, finding new ways to show work, utilizing different types of exhibition and event spaces for photographers and audiences. Some public venues and government-owned buildings are no longer available to us, and we are choosing to see this as an opportunity to move away from the traditional ‘white cube’ mode of presentation, to a much more raw and community-oriented festival. END_OF_DOCUMENT_TOKEN_TO_BE_REPLACED

How do you persuade a government to release a prisoner, however wrongfully incarcerated, if it doesn’t want to cooperate?

Thousands of signatures, tweets, Instagram and Facebook posts. Dozens of articles. Then there are the rallies: from Kathmandu to New York, from Rome to New Delhi, London to Mumbai. Week by week, hundreds of people are gathering in public spaces to protest against the incarceration in Dhaka, Bangladesh, of photographer, journalist, teacher and activist Shahidul Alam.

Among the most headline-grabbing initiatives is Wasfia Nazreen’s sky-high stunt. The mountaineer and social activist — the first Bangladeshi to climb the Seven Summits — flew over Manhattan in an airplane trailing a banner that read “Free Shahidul Alam. Free our teachers.” Another high-profile intervention was made by artist Tania Bruguera, who was herself locked up in her native Cuba after she offended the state censors, and recently devoted her Tate Modern exhibition in London to a display of Alam’s photographs. “What keeps you going when you’re in prison,” Bruguera told me, “are your principles. And the support of others around you.” END_OF_DOCUMENT_TOKEN_TO_BE_REPLACED

Given the recent attempts, by authoritarian forces which I have been critical of, to undermine my credibility, I feel the reasons why I take photographs need to be tabled.

END_OF_DOCUMENT_TOKEN_TO_BE_REPLACED 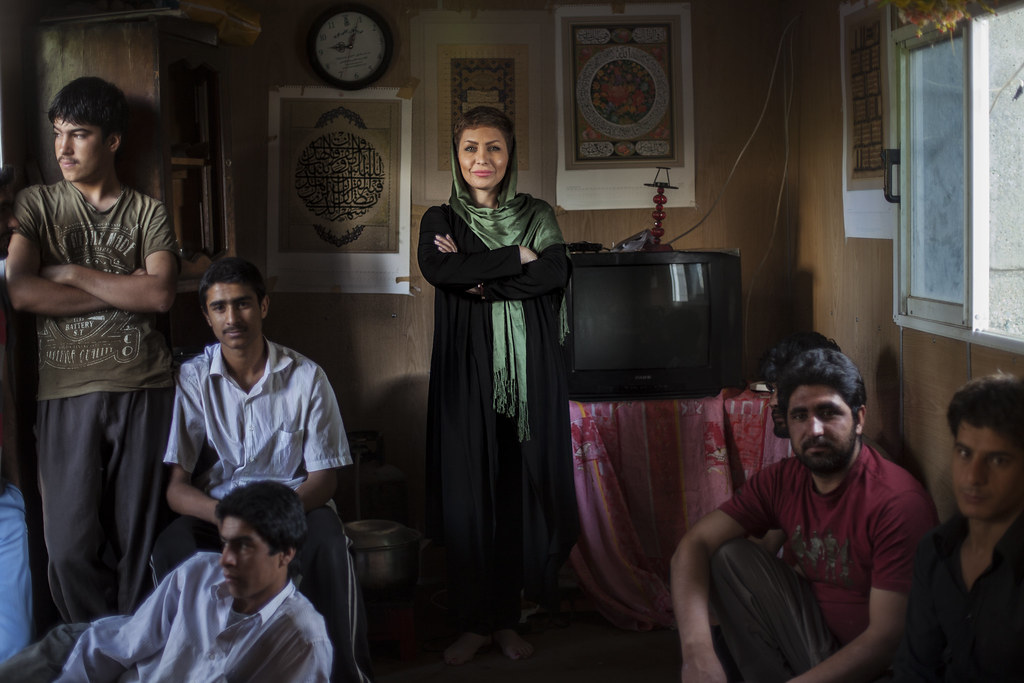