Last year, I stopped travelling to Indonesia. I simply did? I just could not bear being there, anymore. It was making me unwell. I felt psychologically and physically sick.
Indonesia has matured into perhaps the most corrupt country on Earth, and possibly into the most indoctrinated and compassionless place anywhere under the sun. Here, even the victims were not aware of their own conditions anymore. The victims felt shame, while the mass murderers were proudly bragging about all those horrendous killings and rapes they had committed. Genocidal cadres are all over the government. END_OF_DOCUMENT_TOKEN_TO_BE_REPLACED

Duos, trios, collectives & collaborations, apply for a funded residency this July in Beijing!

Practitioners of all disciplines are invited to explore what is hidden and what is revealed.

END_OF_DOCUMENT_TOKEN_TO_BE_REPLACED


Older than the mountains, it is a river that forces its way through the towering Himalayas. The Tibetans know it as the Yarlung Tsang Po (the purifier). In India, it is known as Brahmaputra. In Bangladesh, it is also known as the Jamuna, The Padma and finally the Meghna before it opens into the sea.
Photographer Shahidul Alam will share his journey towards Brahmaputra’s origin. END_OF_DOCUMENT_TOKEN_TO_BE_REPLACED

By leveraging its ties with non-western powers, BRICS can check US hegemony

A different worldview?BRICS leaders profess a shared vision of inclusive global growth and the rapid socio-economic transformation of their own nations. Photo: Roberto Stuckert Filho/PR

END_OF_DOCUMENT_TOKEN_TO_BE_REPLACED

On Obama’s Cancellation of Summit with Putin and Extradition

The US frequently refuses extradition requests where, unlike with Snowden, it involves serious crimes and there is an extradition treaty
By Glenn Greenwald Information Clearing House

August 07, 2013 “Information Clearing House?- “The Guardian” –?President Obama today?canceled a long-scheduled summit?with Russian President?Vladimir Putin?in part because the US president is upset that Russia defied his?personal directive?to hand over?Edward Snowden?despite the lack of an extradition treaty between the two nations. That means that US media outlets will spend the next 24 hours or so channeling the government’s views (excuse the redundancy) by denouncing the Russian evil of refusing extradition. When doing so, very few, if any, establishment media accounts will mention any of these cases: END_OF_DOCUMENT_TOKEN_TO_BE_REPLACED

He was in southern India after nearly 30 years. He had come to Kerala to deliver the Chinta Ravindran Memorial Lecture at Thrissur. My friend, the well-known writer Paul Zacharia and I were showing him the sights and we had just been to the site of the archaeological dig at Pattanam near Kodungalloor where he saw the unearthed pottery and artefacts that were reconstructing the fascinating story of an early society in these parts, already in maritime contact with West Asian ports and ancient Rome. From there we proceeded to the nearby Cheraman juma masjid, considered the first mosque in India, and perhaps the second in the world, dating back to A.D. 629. There was only a little evidence of that ancient patrimony left; the quaint old native structure had been all but pulled down some 50 years back and a more commodious, more standardised edifice built around it. All that was left were some pillars, a section of a doorway, another of a beamed ceiling and a crumbling staircase leading up to the attic, all in wood. But a photograph of the structure, as it was in 1905, hung on the wall. END_OF_DOCUMENT_TOKEN_TO_BE_REPLACED 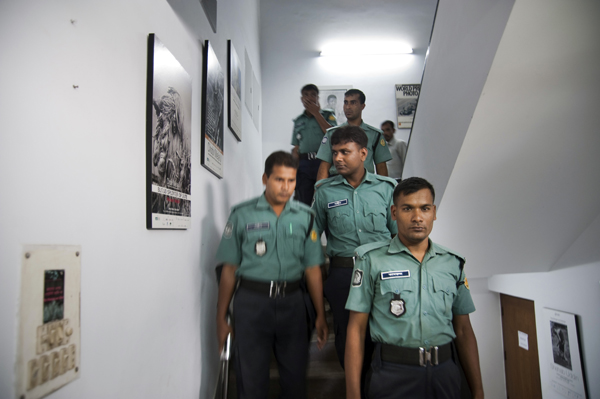 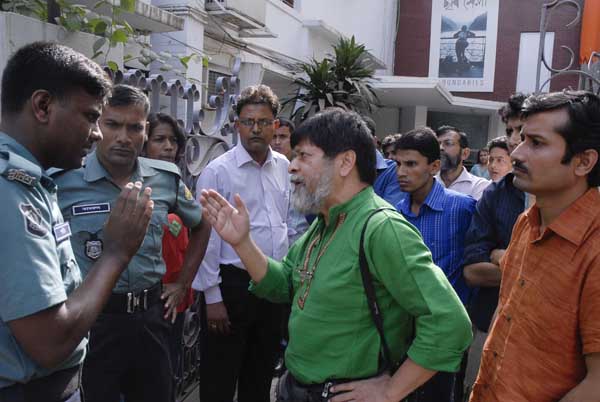