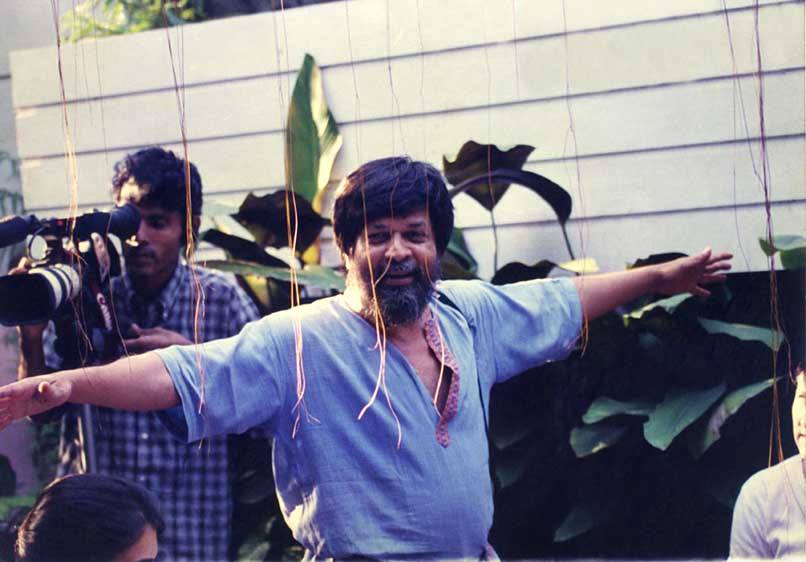 To me, Shahidul came across that time as the best kind of nationalist. He loved – he still does – his country Bangladesh. His stint abroad – I never actually knew where he has studied or spent any time – had actually left this feeling much stronger in him. He told all of us about Drik, the photo agency that showcased photographers from the global South and that fiercely protected their rights and their work, refusing to accept that simply because they belonged to the South, their value was any the less. Drik charged for their photos as did international agencies, and why not, was Shahidul’s question.

He told us about Pathshala, the school that trained photographers and held workshops that he was so passionate about. When I visited Dhaka once, he invited me to the premises and showed me around. He proudly organised Chhobi melas, which showcased local photographers. Every year, there was a calendar, once again with beautiful photos documenting the country Shahidul loves.

Once, in Dhaka on a short stint, I wanted to meet him. He arrived, having cycled miles to get to our hotel. “It’s more environmentally friendly,” he told me, something that is so self-evident, but something you don’t expect people to do, especially in a big city where traffic is hazardous.

Another time, his love of photography and macher jhol took him into the cockpit of a plane to Dhaka from Kathmandu where the pilot, a friend of his, invited him in. Shahidul took some amazing photos, ate a delicious meal, and regaled many of his friends with stories but also proudly showed them the landscape. There was a touching pride in the way he showed those photos, almost as if the landscape was his own. And in a sense it was, for it was the land he loves. 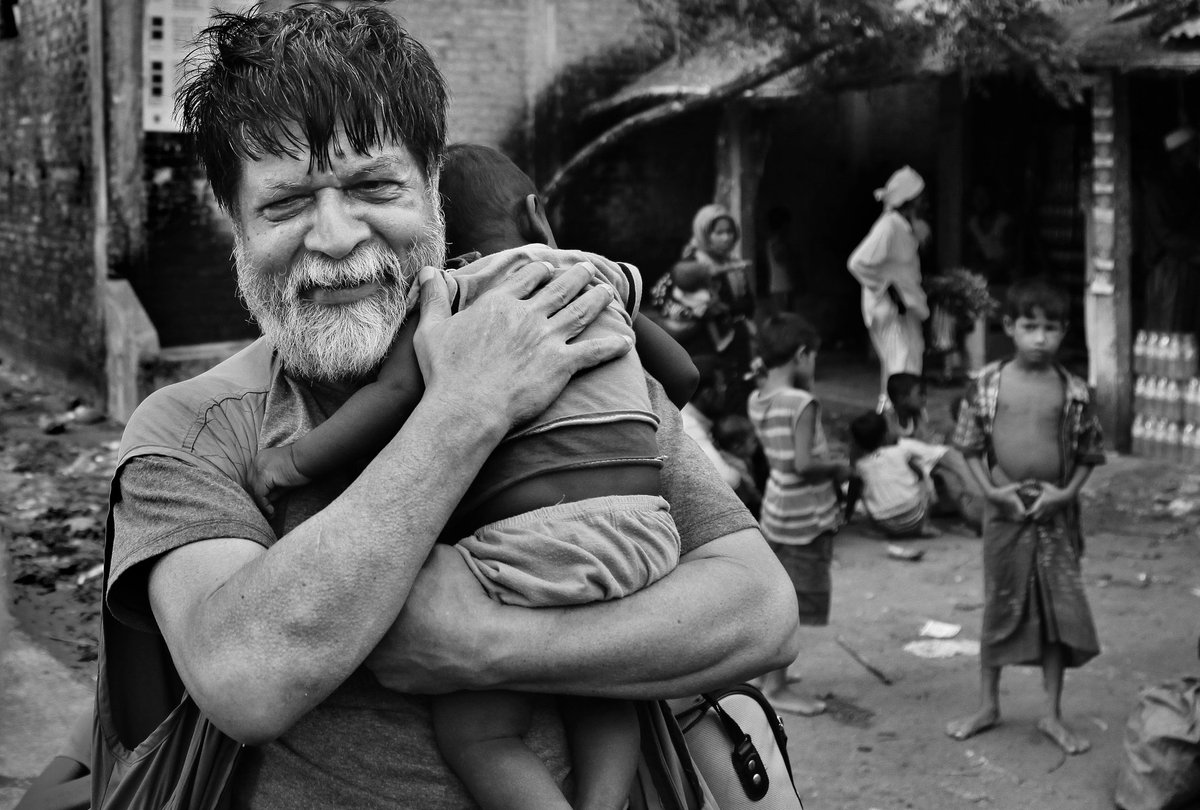 After 102 days in #ArbitraryDetention, High Court in Dhaka has granted bail to prominent #Bangladeshi photographer #ShahidulAlam. The authorities should immediately release him from jail and drop charges.

I’ve worked with Shahidul on an essay he did for us for a book on sexual violence. The essay – predictably a photo essay – focused on photos of objects, old passports, pieces of clothing and suchlike – of Kalpana Chakma, and on testimonies on her disappearance, indeed her abduction. It was the first such photo documentation.

The Shahidul I know is a gentle person. I’ve met him with his partner, with his mother whom he brought along for one of the Board meetings. It’s not that he is not political, he is, and deeply so. His politics is very rooted in the context of his country and it’s something that happens through his camera and his writing.

Why would the state want to lock up such a man? What threat can he possibly represent to the state? And is the state so weak that it cannot take criticism? Or so willfully blind that it cannot see that the criticism comes from a deep love, a deep commitment?

Sadly, this is what is happening to our region. It’s not just one country, but virtually all of the countries we live in, in South Asia. Shahidul’s detention is mirrored by that of so many others – the past months in India have shown that so clearly. Court procedures may somehow manage to sometimes secure bail for them – as has happened with Shahidul today – but the threat of being returned to the prison never disappears, and their freedom always remains under threat.

Even as we take a breath of relief that Shahidul has got bail, we need to remember the many others who still remain incarcerated, their freedoms denied. I am not sure how much comfort it is, but I am reminded of a statement that prefaces the photo essay on Kalpana Chakma that Shahidul did for our book. Here is what it says:

“I think it is natural to expect the caged bird to be angry at those who imprisoned her. But if she understands that she has been imprisoned and that the cage is not her rightful place, then she has every right to claim the freedom of the skies.”

This article was originally published in Firstpost with the title ‘The Shahidul Alam I know is gentle’: Zubaan publisher warns Bangladeshi lensman’s arrest is threat to journalism.’