30 Years Ago: An unprecedented look at Black July (via Ground Views)

Photo by Natalie Soysa, for Groundviews In August this year, Groundviews will launch a compelling collection of content to commemorate 30 years since Black July. The content will feature original podcasts, photography and writing on a dedicated website?

END_OF_DOCUMENT_TOKEN_TO_BE_REPLACED

The British Council is expanding its Arts Team across the South Asia region ? we are looking for new people in Bangladesh, India, Pakistan and Sri Lanka with arts expertise.
Partnerships are very important to the British Council (BC) so it is vital that the person has excellent communication skills and an entrepreneurial outlook.
Experience shows us that working for a large international organisation like the BC (operating in 110 countries) can be demanding for those from the South Asian creative sector as most people are likely to be working in small to medium sized companies ? I am afraid the bureaucracy is just a part of life ? so we need to recruit people with the right aptitude who can rise to the challenge even if they haven?t worked for a large organisation like ours, before.
I am attaching the Role Profile for the Head of Arts (Bangladesh) and hope that you will circulate this widely through your networks. The deadline is 7 April, so candidates will need to complete the application this week. My colleague Nahin and I will be happy to speak to anyone who wants more information about the role so please ask them to contact us.
Over the past 18 months we have created a strategy for increasing the impact of our Arts work across the region but this will only be possible with the right team in place. You are all very well connected within the creative networks in Bangladesh so I am asking you to help us identify the right person for this post.
Below you?ll find a link to our website where there?s also information about a more junior role ? yes, we need more than one person to run the arts programme as the BC?s profile continues to grow ? and people can also download the application forms by following the link.
Finally, some of you may already know of Culture 360 (based in Singapore) ? they want to do a mapping study of Bangladesh. This would be a very useful resource I think and benefit us all so if you know anyone who might be interested in doing this research please pass on the information to them.
Many thanks for your help ? Shreela
Shreela Ghosh, Director Arts, Wider South Asia, British Council, 5 Fuller Road, Dhaka 1000 mobile + 88 017300 92487

She had trouble seeing. He was not particularly mobile. But these were secondary observations. There was something very sensual about the way he stroked her hair as he combed it every morning. Then I found a roomful of women, mostly over eighty, dancing to ?Never on a Sunday?. My perceptions of old age needed serious rethinking.

Frederica Jansz, who was sacked from her post as Editor in Chief at The Sunday Leader in September this year is learnt to have left Sri Lanka together with her two sons having been granted refuge by a powerful nation currently pushing to hold the Sri Lankan government accountable for possible war crimes and other human right abuses including abuses of media freedoms and stifling the press. Finally I feel safe. My kids are safe. The pressure, the persecution has been intense. It was a nightmare. I am thankful I got out alive – Jansz END_OF_DOCUMENT_TOKEN_TO_BE_REPLACED

An excellent interview that maps out the options faced by independent media in our region. Earlier this year Sanjana Hattotuwa had introduced the book “My journey as a witness” at the Barefoot Gallery in Colombo.


COLOMBO, Sri Lanka — Three years ago, the Sri Lankan cricket team rode through the streets of Lahore, Pakistan, on the third day of a five-day test match. Team captain Mahela Jayawardene, who is to his country what Derek Jeter is to the city of New York, rode near the back of the bus. The convoy, with a police escort, rolled through the streets outside the stadium. Mahela, known as MJ, took out his phone to call his wife, and that’s when they all heard what sounded like fireworks. Someone shouted, “They’re shooting at the bus!” They heard the bullets, marching down the side exposed to the terrorist gunmen, sounding like rain on a metal roof. Mahela dove for the floor, and the first 30 seconds of what happened next ended up on Christina Jayawardene’s voice mail. An RPG flew over the bus. A grenade rolled under it. It was a blur: policemen being shot in the street, dying on a Tuesday morning, bullets striking the tires, players screaming. When she played the message for Mahela’s oldest friend, tears flowed down her face as he listened. END_OF_DOCUMENT_TOKEN_TO_BE_REPLACED

Sri Lanka’s government has closed down almost all universities for an indefinite period amid a row about the future of education in the island.

Academics have been on strike for nearly two months, accusing the government of interference and demanding more be spent on the sector.
The authorities say teachers are putting students in a position of “darkness, without any hope”.
For decades, university campuses have been a source of turmoil in Sri Lanka.
Students’ problems helped trigger the Tamil insurgency as well as equally bloody Sinhalese insurrections in the 1970s and 80s. END_OF_DOCUMENT_TOKEN_TO_BE_REPLACED

The following is a mail from our friend and Majority World photographer Panduka de Silva.

ps:?http://fujifilm-x.com/photographers/en/panduka_de_silva/ will give you a better overview of Panduka’s work.


Dear Family, friends and colleagues,
The president & CEO Shigetaka Komori, on 20th June launched the X-Photographers on line gallery show casing the work of 48 photographers from 12 countries who have been privy to the use of the Fujifilm X series cameras the X10, X-S1 and theX-Pro1.
A collection of my photographs captured with the X-Pro1, have been selected for the Fujifilm Global site, which I assume is not only an honor to me but to Sri Lanka as well.
http://fujifilm-x.com/photographers/en/
The premium Fujifilm X-Pro1; a virtually inconspicuous camera with the trio of lenses; 18mm f2; 35mm f1.4 and the 60mm f2.4 Macro, is a machine that I have fallen in love with for its? sheer splendor, craftsmanship, handling, the retro feel and mostly for the outstanding images that it produces.
Do please visit the site at leisure?..
? and best of wishes to all!!!
Panduka
Past President – Institute of Sri Lankan Photographers
Former Creative Director / Liaison – World Press Photo Foundation
Council Member / Academic Director – Photographic Society of Sri Lanka
Visiting Lecturer – University of Colombo
Member – Photographic Society of Singapore

An extraordinary artist ? eloquent with words and images ? Shahidul Alam is a photographer, writer, activist and social entrepreneur, who was profoundly influenced by inequality in Bangladesh, his country and the liberation war.  He left a career in science in the west to pursue a life in photography challenging oppression and imperialism in all its forms. Attacked, arrested, and threatened with death, Alam has built what many consider to be the finest photography school in the world, an award winning agency, and the world?s most demographically diverse photo festival. Widely celebrated, Alam claims as his achievements not the awards he has won or the impressive list of exhibits, but the people he has trained and the lives he has transformed. END_OF_DOCUMENT_TOKEN_TO_BE_REPLACED 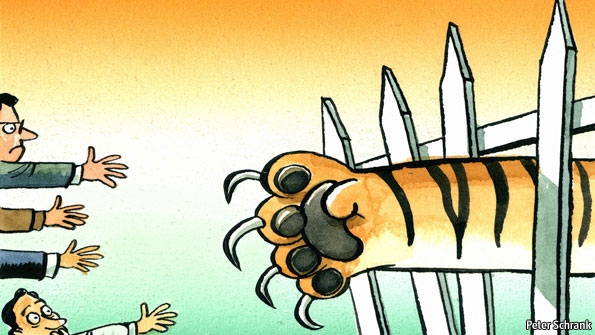