?Propaganda must be planned and executed by only one authority,? said Adolf Hitler?s chief propagandist, Joseph Goebbels (1897-1945). In today?s cyber world, such a strategy holds little water given that the ordinary people too have access to what is deemed as secrets by the ruling coterie.

No wonder whispers and whining have begun to echo around the world about the news that Bangladesh Prime Minister Sheikh Hasina was honoured with a ?poverty reduction award? during the UN General Assembly?s (UNGA) 68th session by the UNDP?s South-South Cooperation (SSC).

The controversy follows publication of news in the Bangladesh media, quoting Bangladesh?s official news agency BSS and the private news agency UNB as?sources, that the award was given for the PM?s commendable role in poverty reduction. 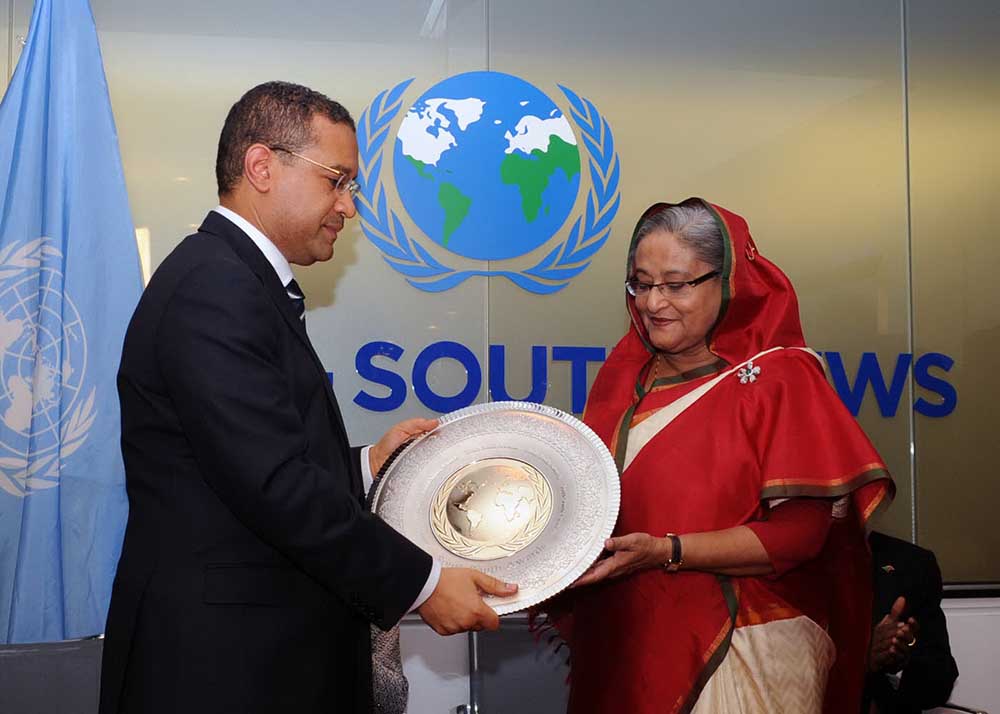 One thought on “South-South Coope Award: Reality or imagination?”