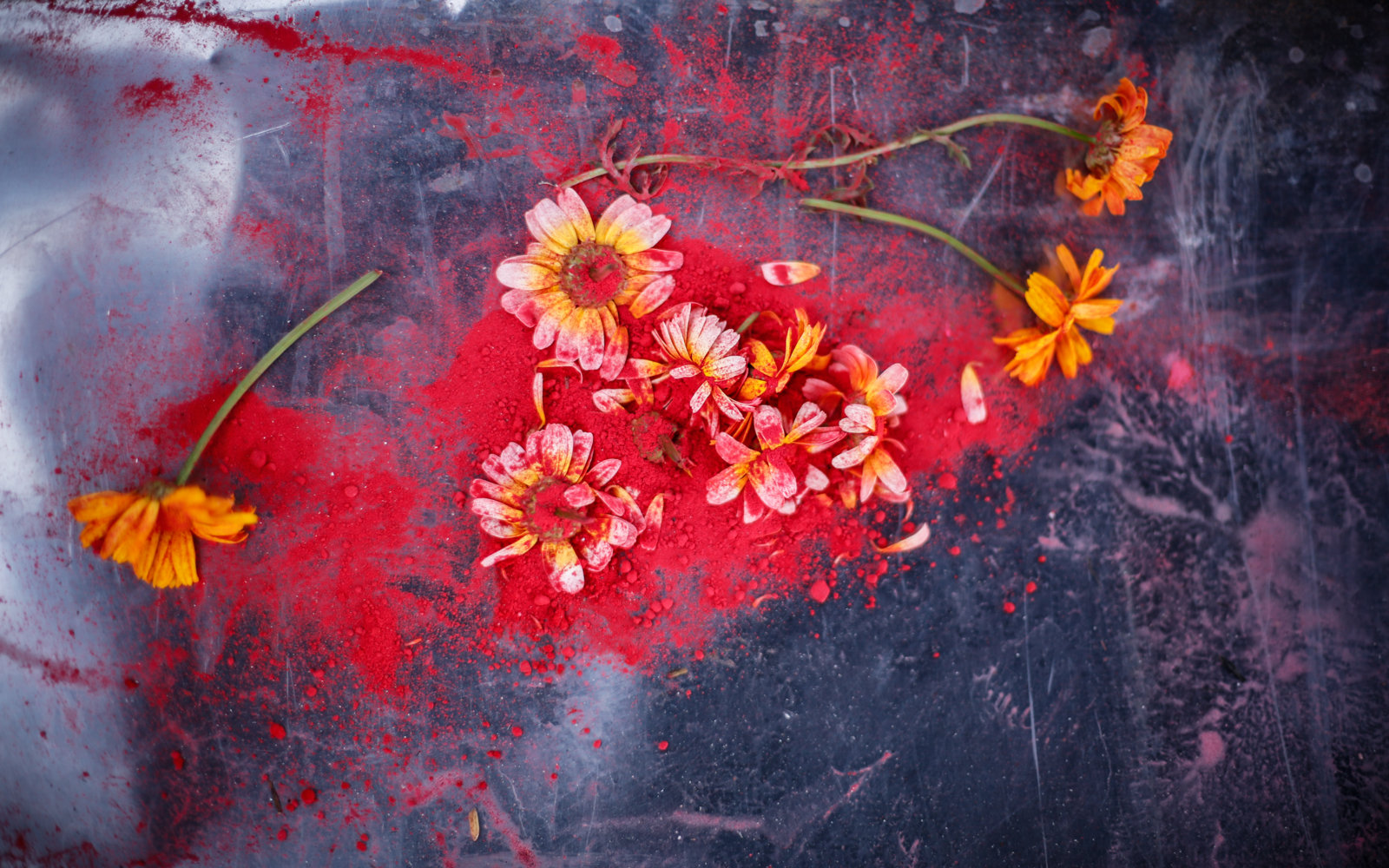 Our sub-continent is now emerging from a crucial experience of its history. This history narrates defining moments captured in epic tragedy, inflicted wounds that are slowly fortifying, and material and spiritual loss that would be embalmed in the hearts of generations. On a seemingly normal weekend day as people went about their business, the earth in Nepal shook up its natives to the point of unfamiliarity. An earthquake, that registered 7.8 on the Richter scale. It caused many people to flee and it rendered many others immobile; and it caused hearts to freeze as they witnessed their world crumbling around them. A sea of hearts, many which remained trapped in the sea of rubble, with their homes, their temples and their loved ones. 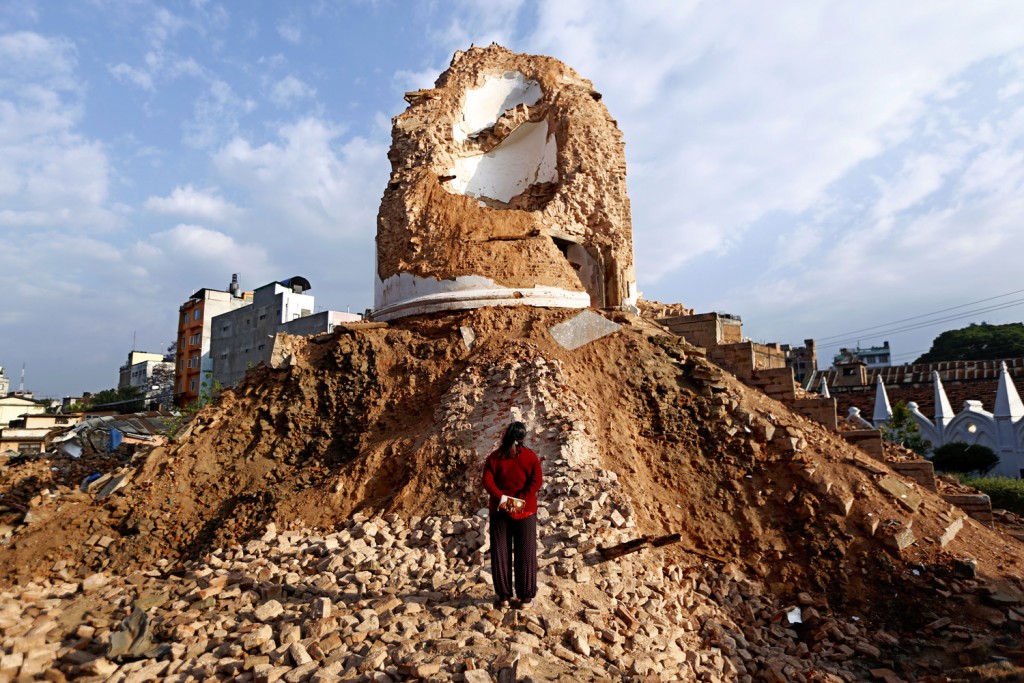 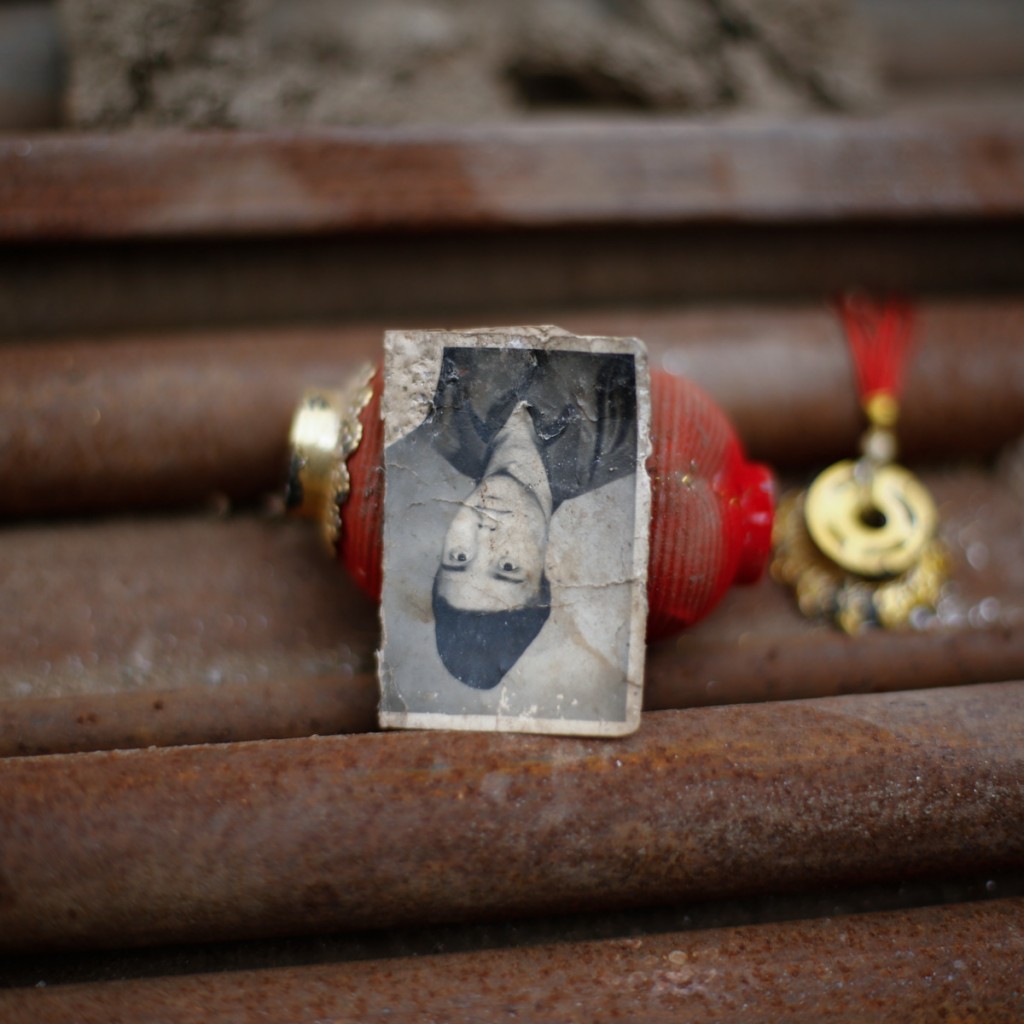 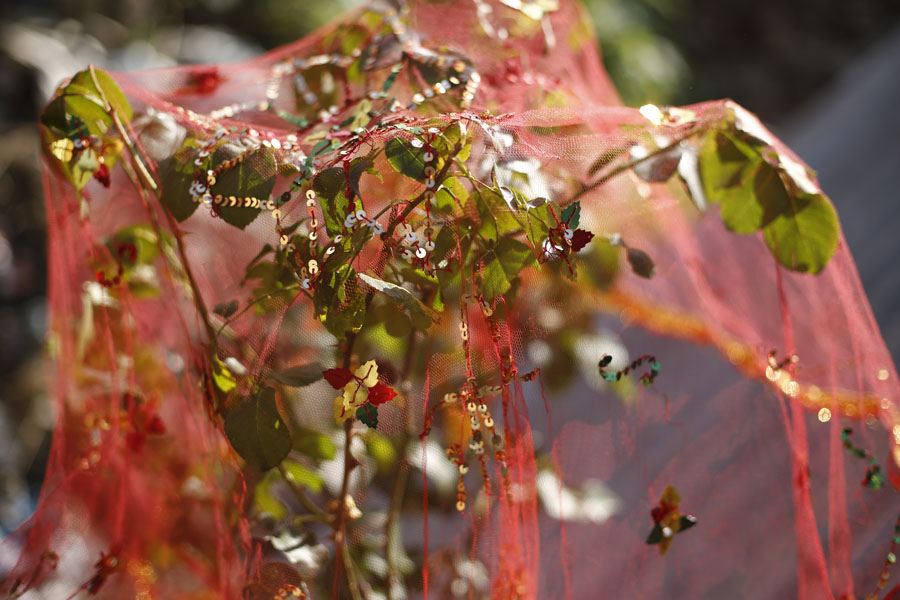 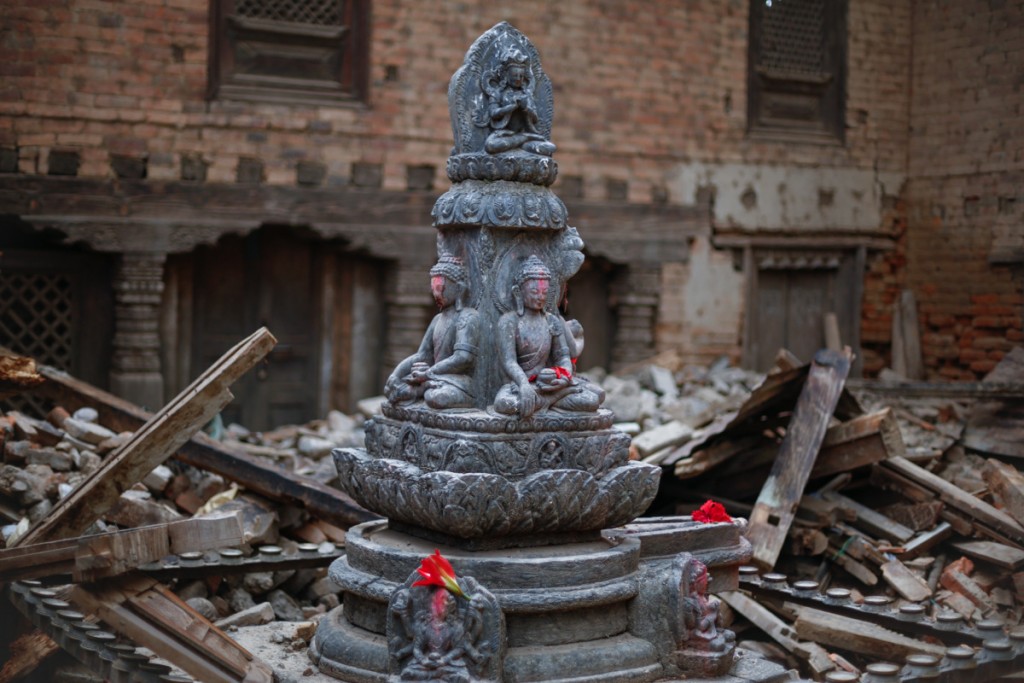 The world watched, horrified by the destruction of human lives and property. Beautiful and historical temples, towers and valleys were tranformed to ruins. The quake was felt as far as some places in India and in Bangladesh. Fear, worry and concern spread like wildfire and the sobering statistics that followed heightened disbelief and panic. The 55 seconds quake killed more than 8,000 people and injured more than 18,000 all over Nepal. 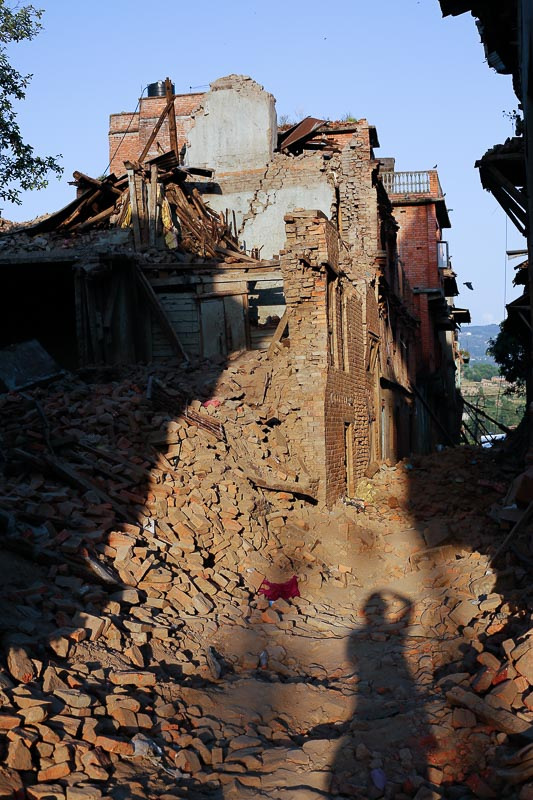 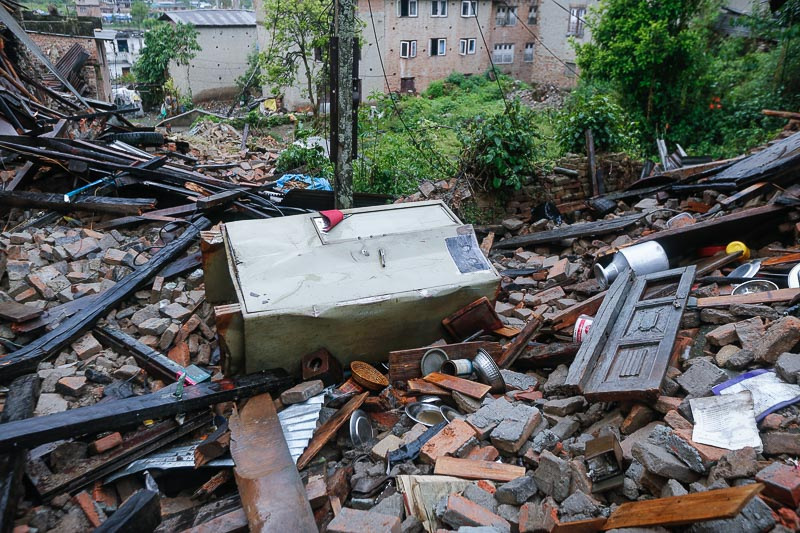 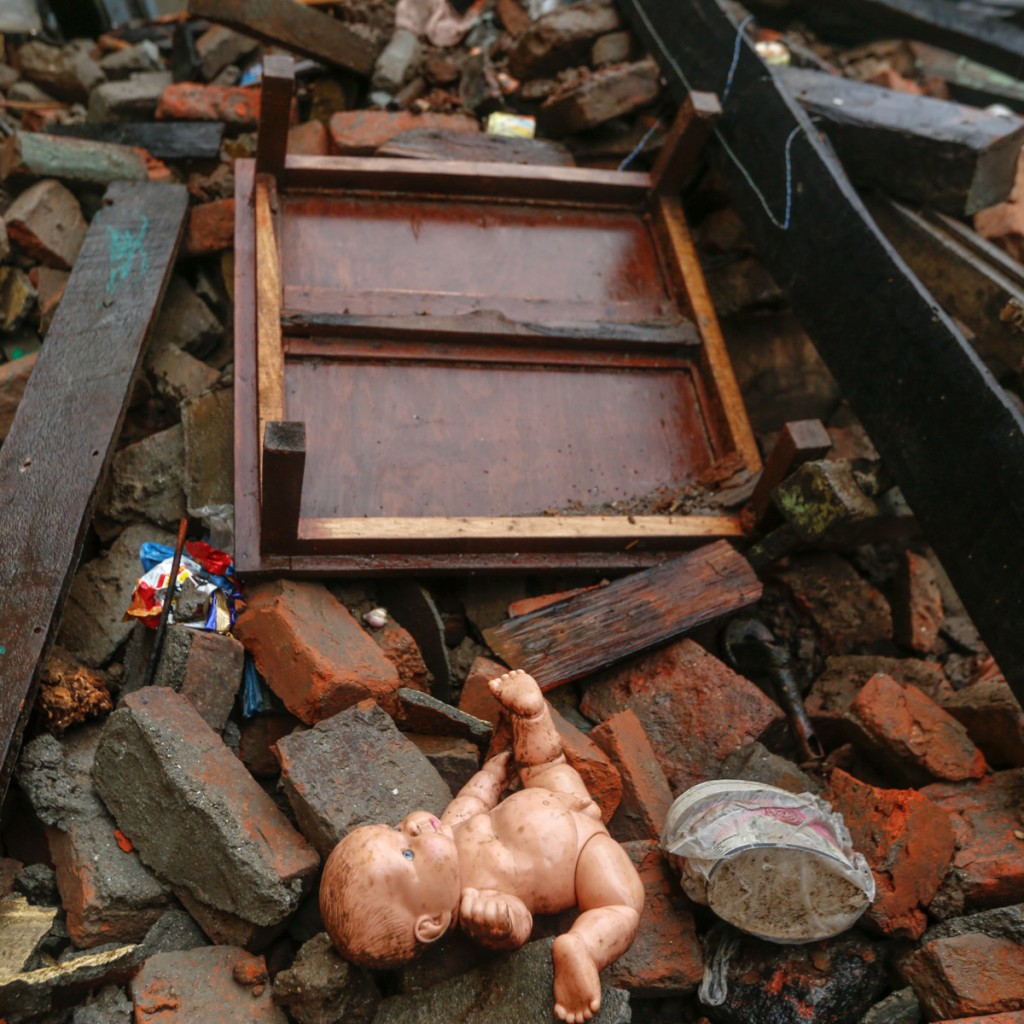 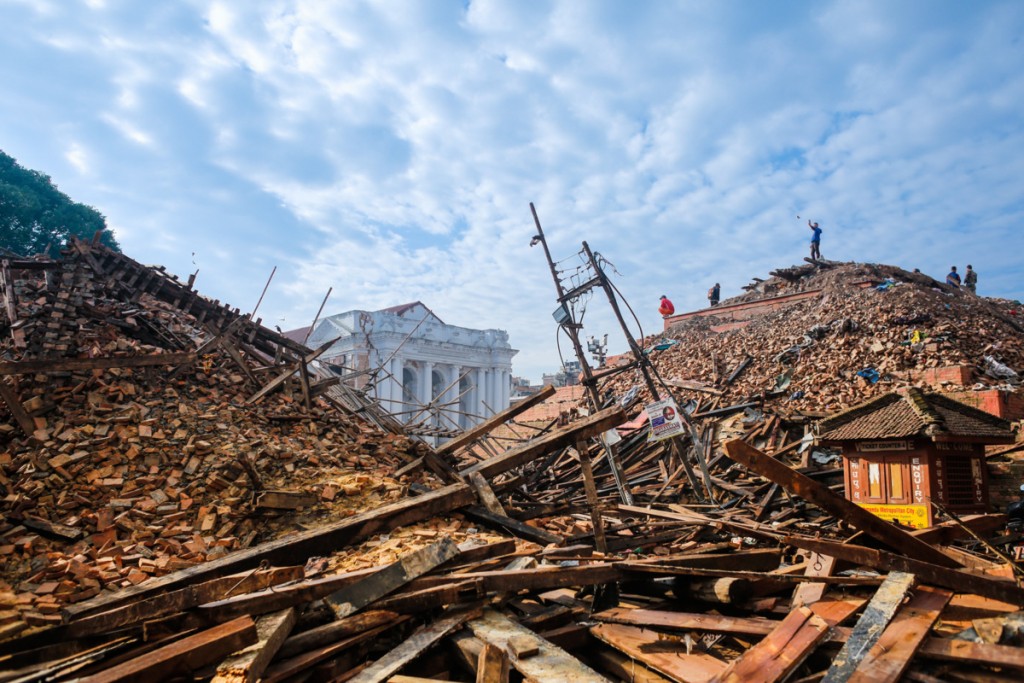 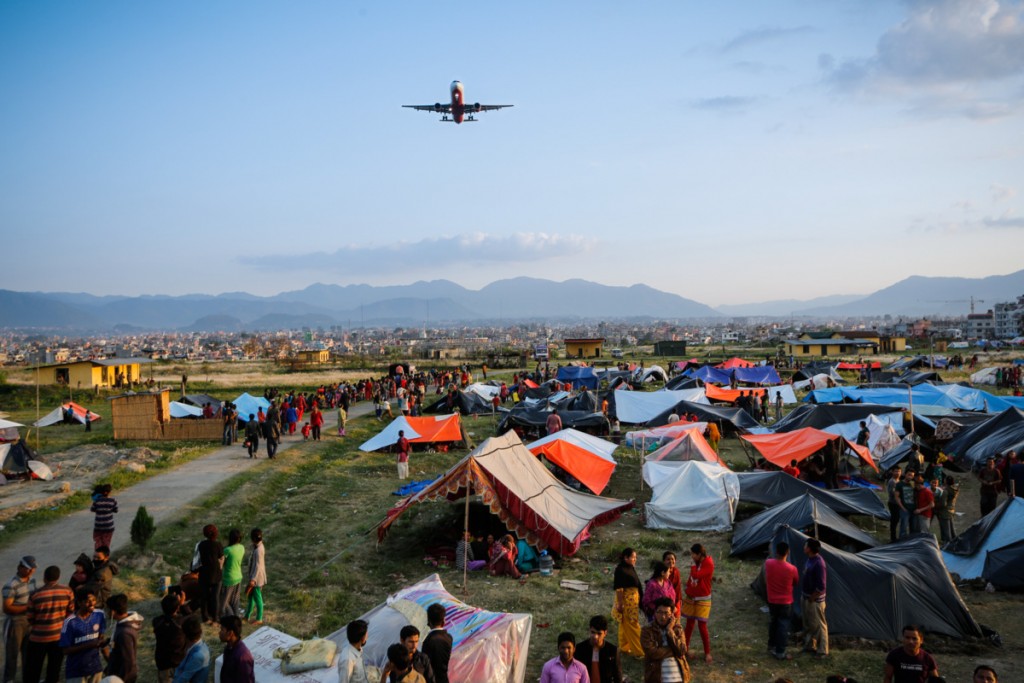 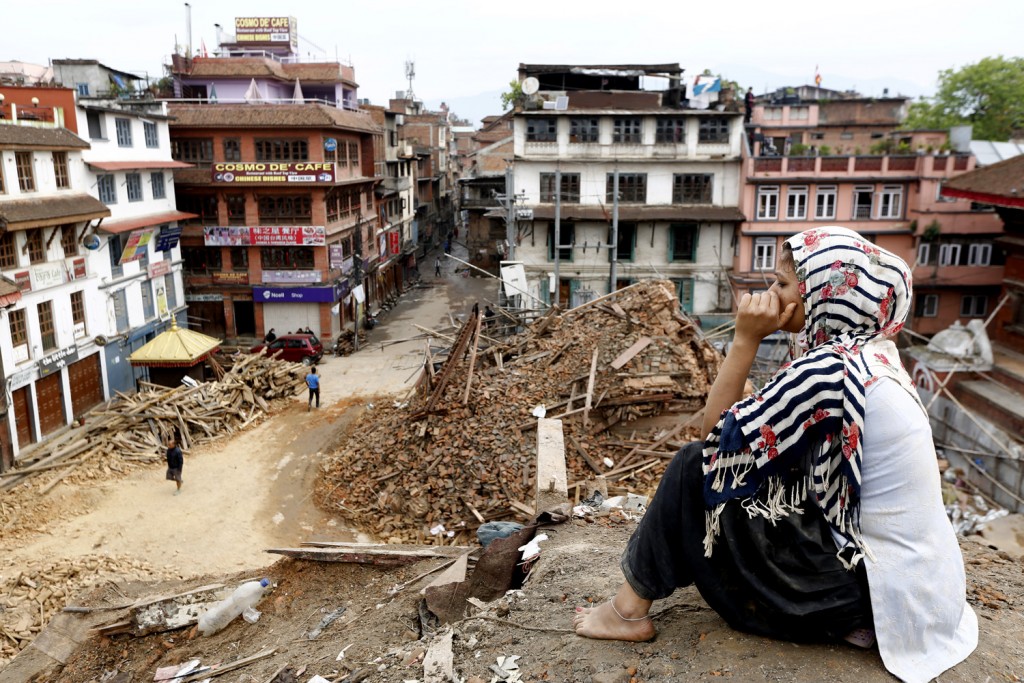 Bangladesh did not remain a quiet bystander. Relief was sent. Journalists and photographers rushed from here too. Abir Abdullah was one of them arriving in Nepal on the second day of the quake to cover the devastation as a photojournalist. He witnessed the fear and tear of the people who lost their loved ones, families and neighbours. He travelled major affected areas documenting the catastrophe of nature and the struggles of the surviving people. His eyes and his camera recorded once again how defenseless we humans are against the forces of nature. 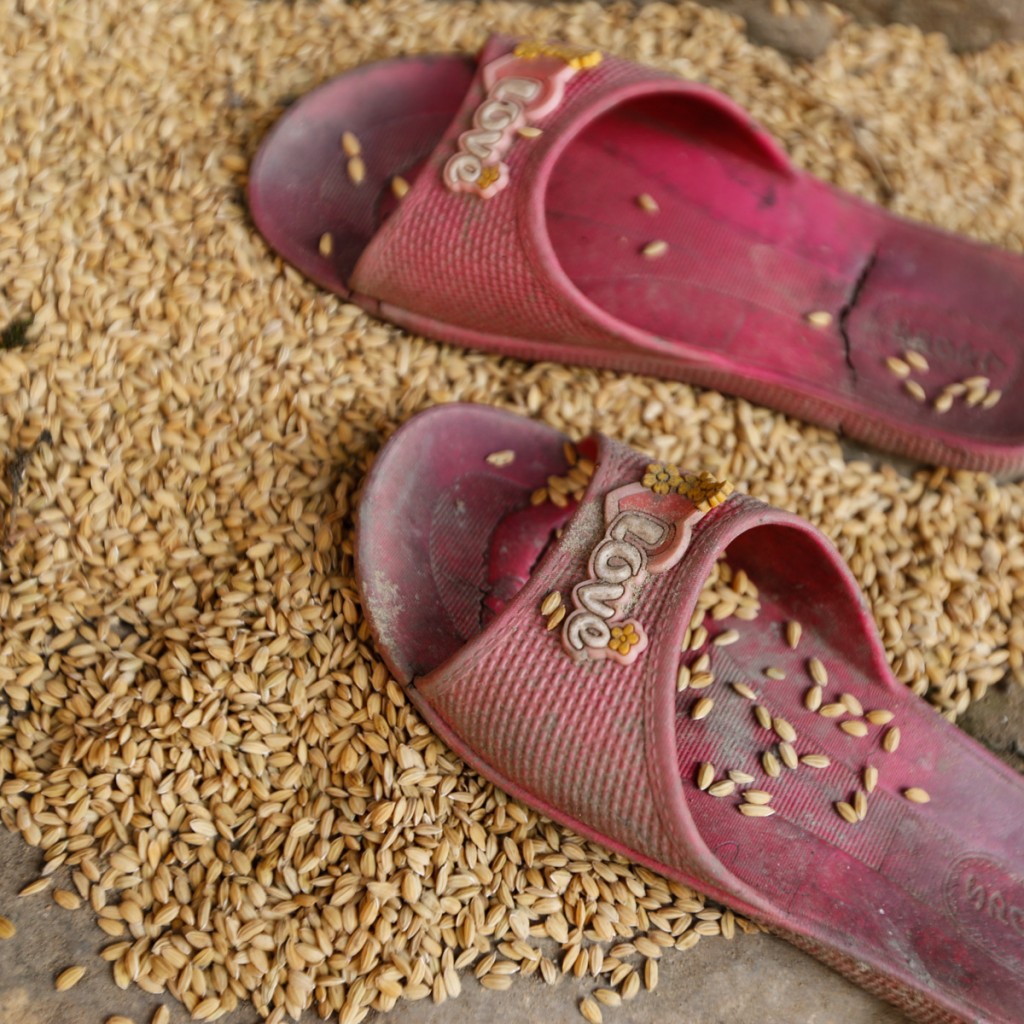 These photographs are to educate us on the need to anticipate and prepare for such a calamity in our own country where buildings often violate building codes, structures are placed on the map in an unplanned way, and most importantly, where building occupants are least informed about how to react and respond to disaster. It urges us to reflect whether we have enough preparation to cope with a disaster of this scale, or even a lesser one. If not the occupants, but could the responders at least conduct a fruitful rescue operation? His photographs also show empathy, the collective empathy and solidarity of Bangladeshi people towards the ancient people and the beautiful country of Nepal. 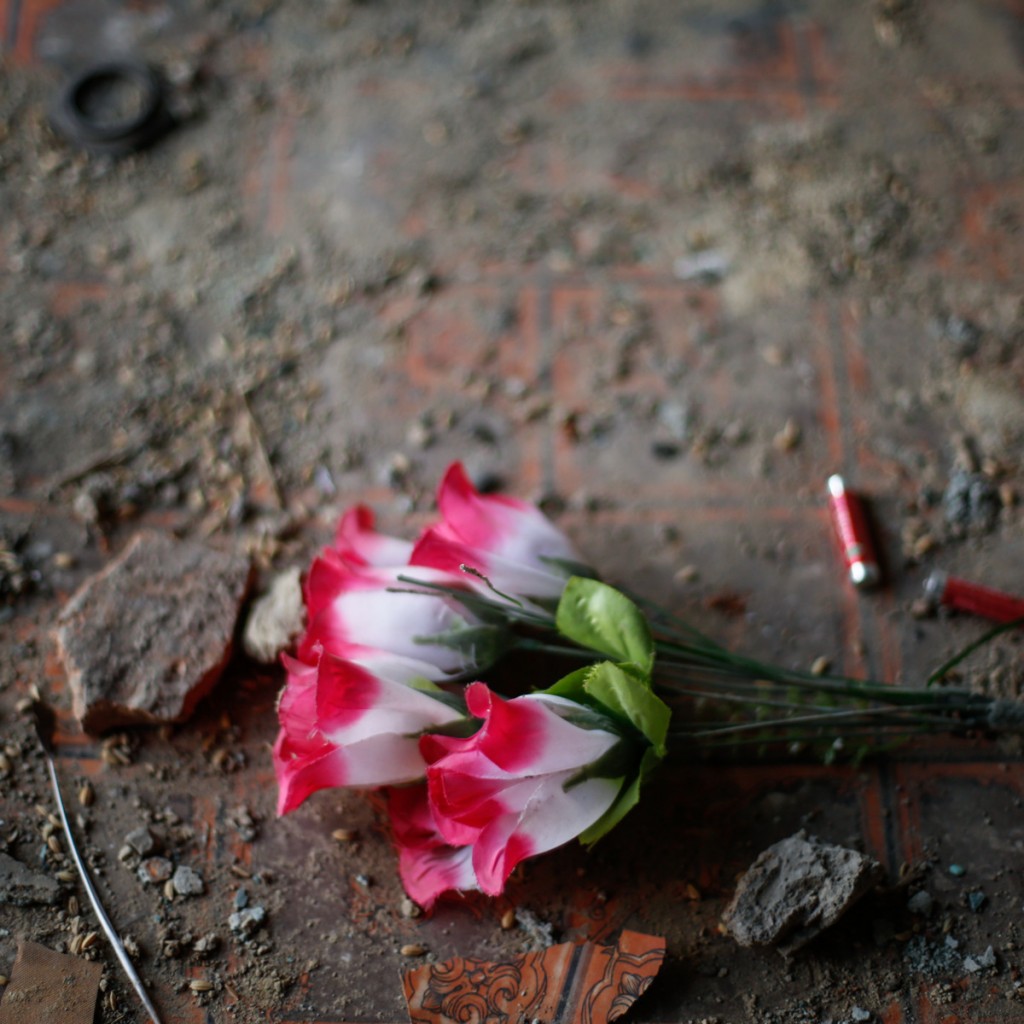 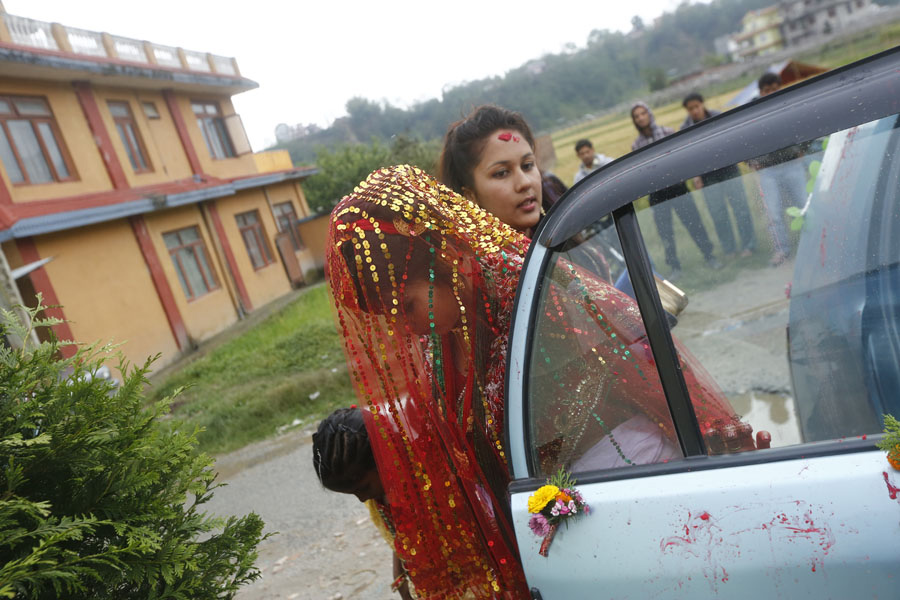 As we emerge from this documentary evidence, the resilience of this friendly people of Nepal strikes us. People have started rebuilding whatever they can. A wedding even takes place. What is the force behind this undeniable resilience? Is it because of the vulnerability they inherited and grew up with, or is it the teachings of Lord Buddha? The guidance that tells us to remain calm, come what may. 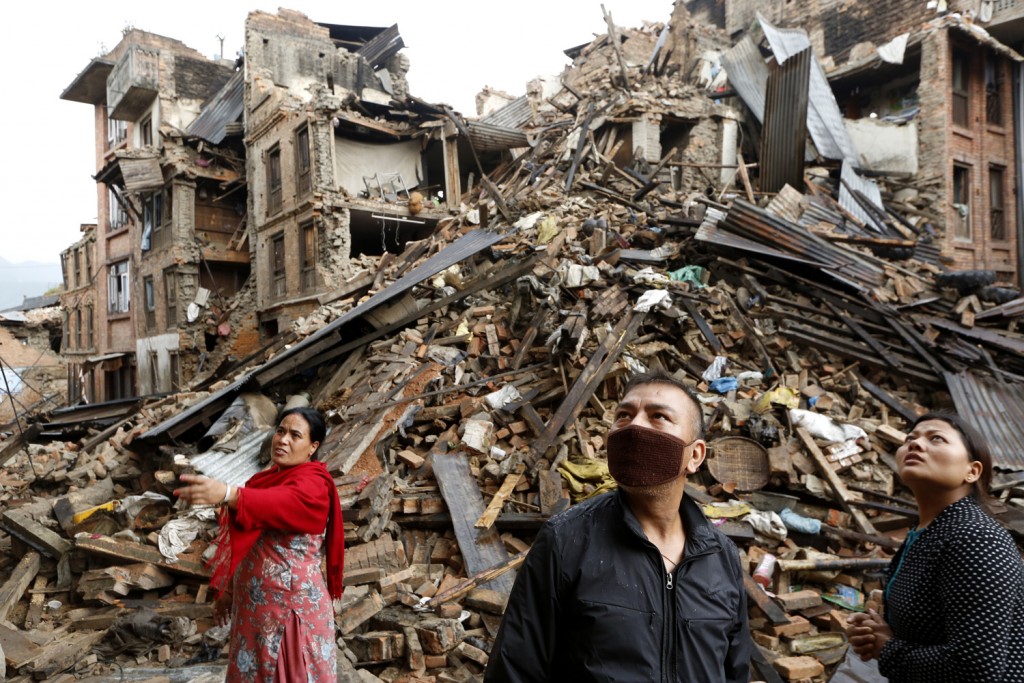 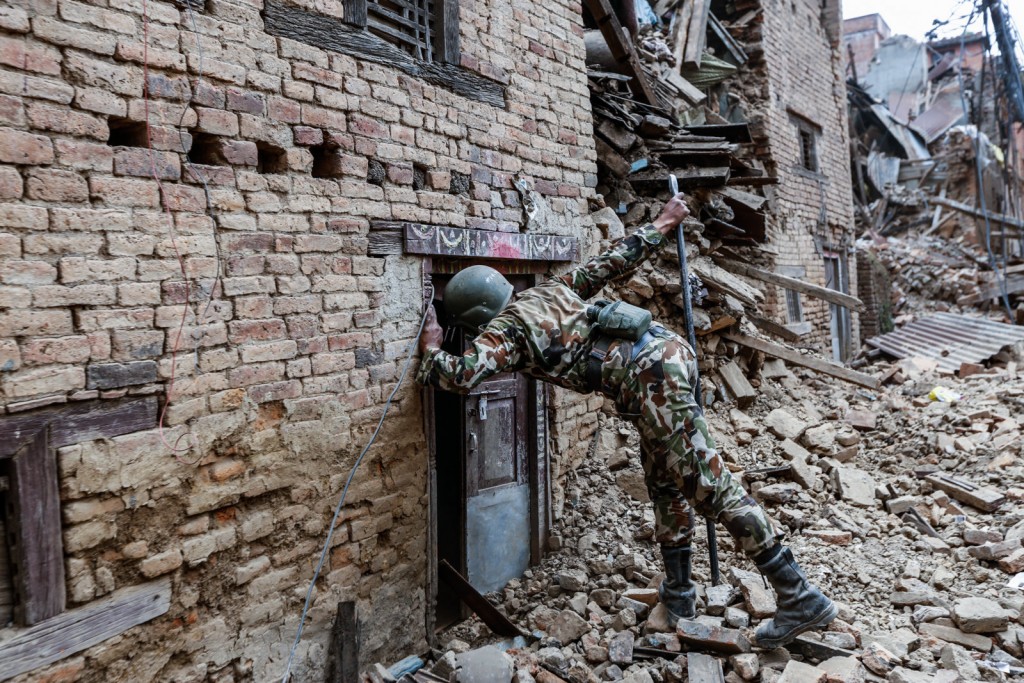 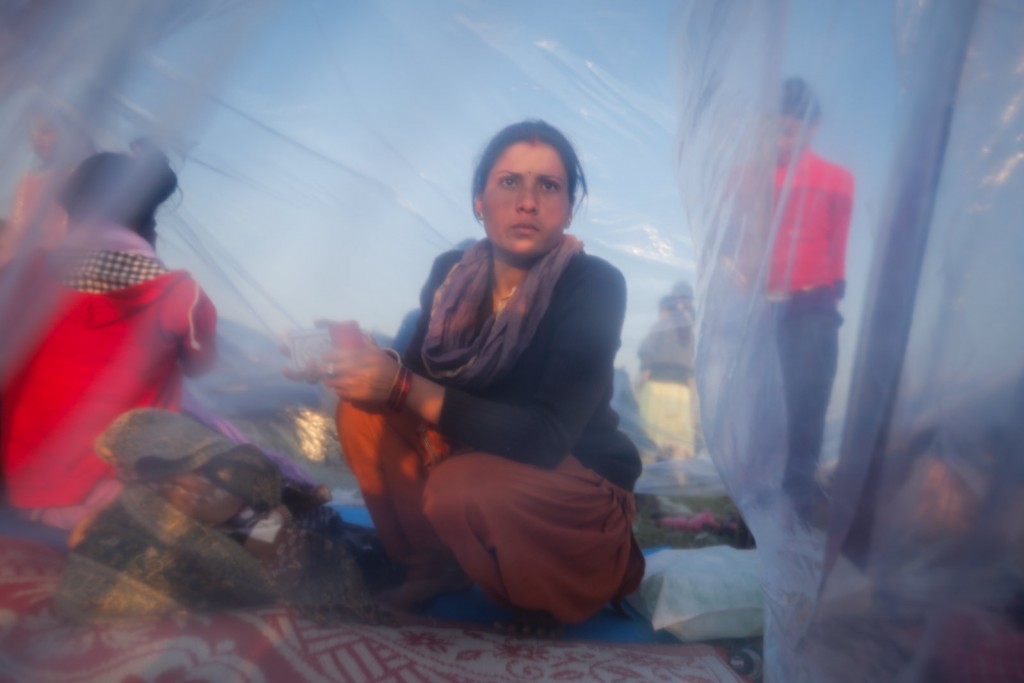 One thought on “Resilience and Reasons”