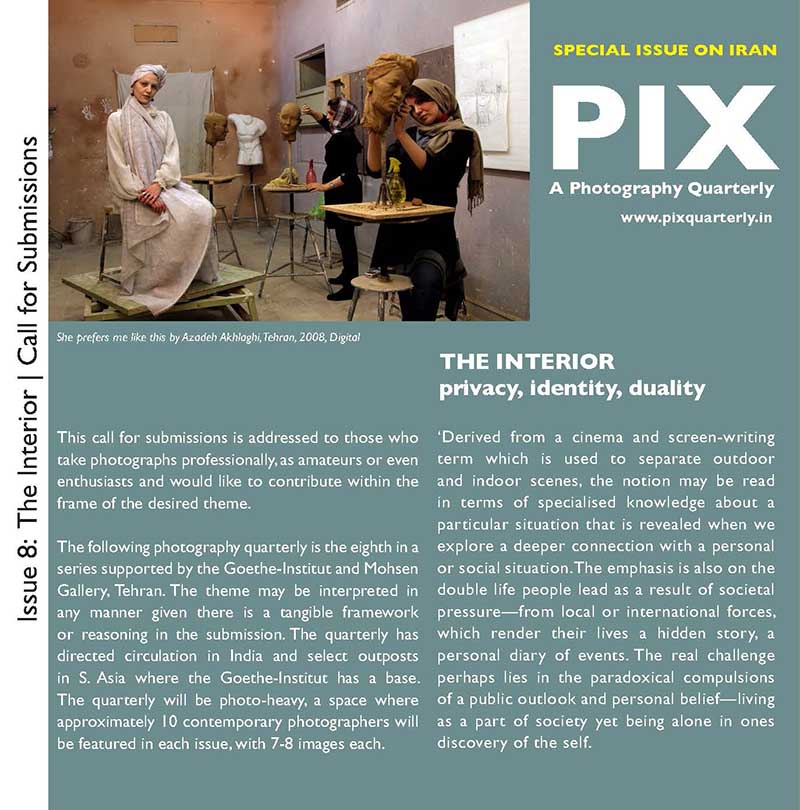 This is a call for the next issue of PIX titled?.?The Call for Photo Submissions is attached as a PDF, and the deadline is April 15, 2013. Do consider sending in your work or passing this on to whosoever you think may be interested. A brief note is copied below.
Sincerely,
PIX team
THE INTERIOR
privacy, identity, duality 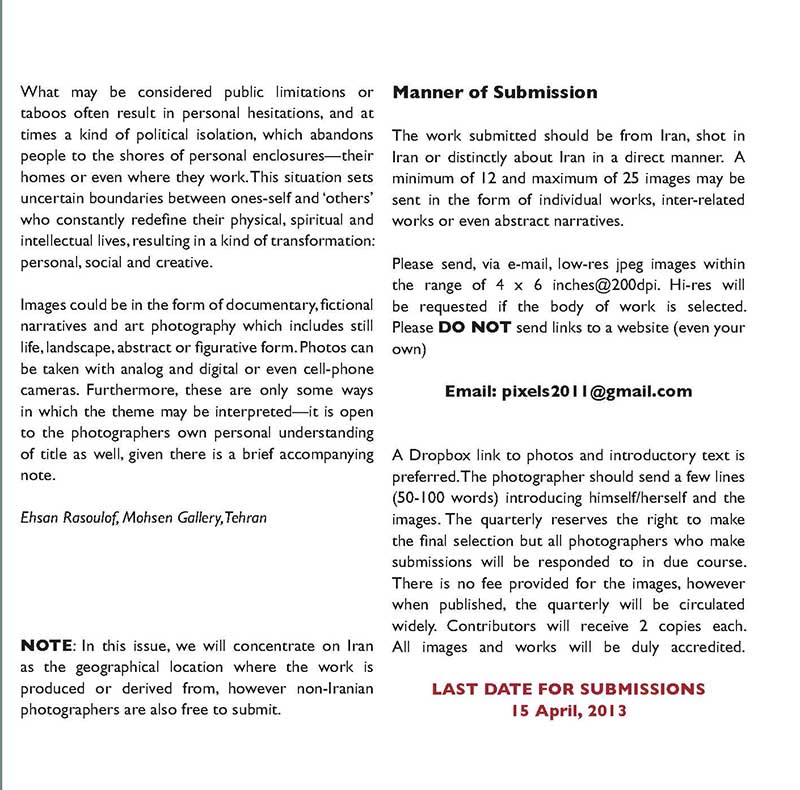 ?Derived from a cinema and screen-writing term which is used to separate outdoor and indoor scenes, the notion may be read in terms of specialised knowledge about a particular situation that is revealed when we explore a deeper connection with a personal or social situation. The emphasis is also on the double life people lead as a result of societal pressure?from local or international forces, which render their lives a hidden story, a personal diary of events. The real challenge lies in the paradoxical compulsions of a public outlook and personal belief?living as a part of society yet being alone in ones discovery of the self. 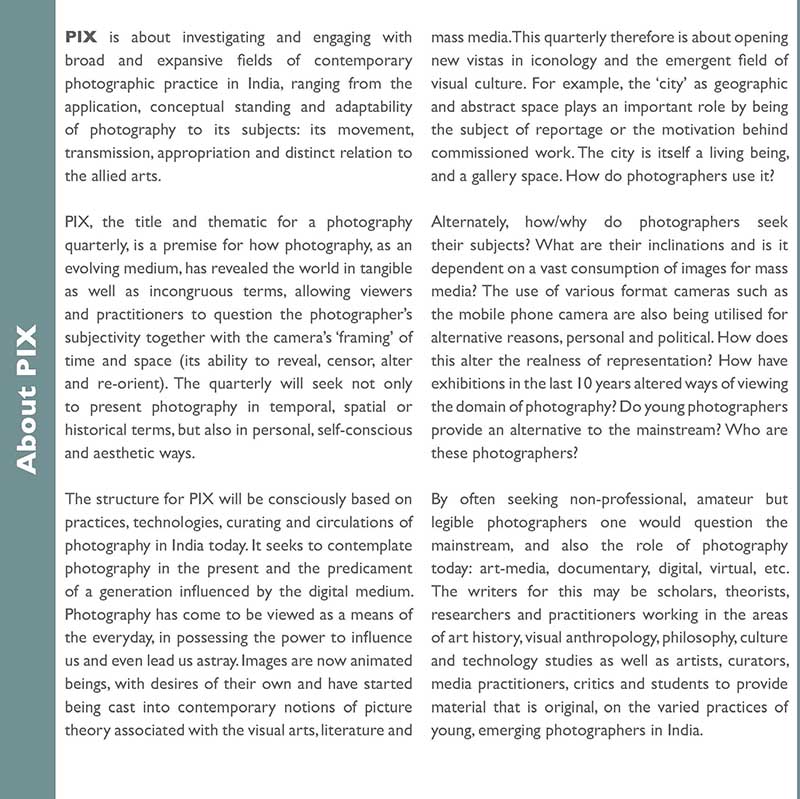 What may be considered public limitations or taboos often result in personal hesitations, and at times a kind of political isolation, which abandons people to the shores of personal enclosures?their homes or even where they work. This situation sets uncertain boundaries between ones-self and ?others? who constantly redefine their physical, spiritual and intellectual lives, resulting in a kind of transformation: personal, social and creative. 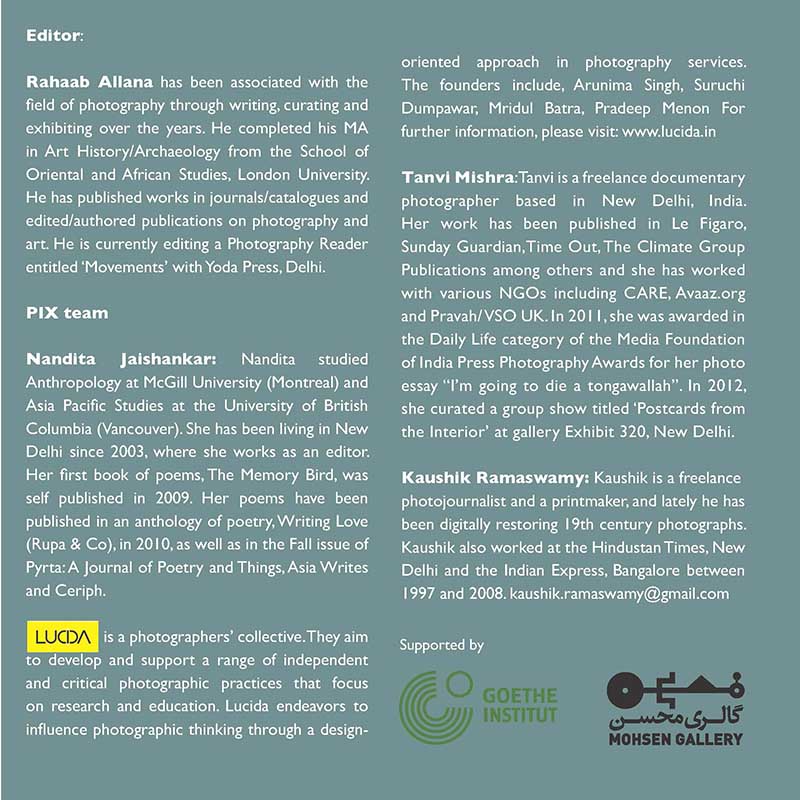 Images could be in the form of documentary, fictional narratives and art photography which includes still life, landscape, abstract or figurative form. Photos can be taken with analog and digital or even cell-phone cameras. Furthermore, these are only some ways in which the theme may be interpreted?it is open to the photographers own personal understanding of title as well, given there is a brief accompanying note.?Ehsan Rasoulof, Mohsen Gallery, Tehran
NOTE: In this issue, we will concentrate on Iran as the geographical location where the work is produced or derived from, however non-Iranian photographers are also free to submit.