Wins and exhibitions for Khaled Hasan and Andrew Biraj

The SOPA 2010 Awards for Editorial Excellence
Excellence in Feature Photography

Dream within Boundaries: Tears of memories 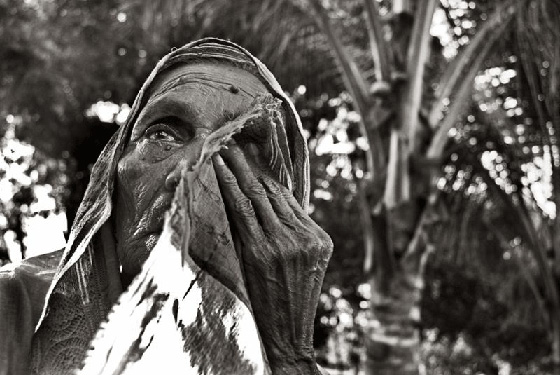 Pictures of the Year International

“TEARS OF MEMORIES: DEATH OF DREAMS”

Not even a pillow. A bench of width: one and half feet, length: 5 feet…, a yard at your house could rest her in peace. She could be happy reasoning that she is within her family. But the fact is she feels alone when she remembers her previous day, where she had everything.

Central to LUCEO?s mission is our belief in the importance of long-term projects. We also understand that developing photographers need support. To advance both of these causes, LUCEO has created the LUCEO Student Project Award, which will be disbursed annually to a talented student photographer in support of a significant and developing body of work.This year?s recipient is Masud alam Liton, a student of Pathshala South Asian Media Academy in Dhaka, Bangladesh. He will receive $1,000 along with mentorship for the project from one LUCEO member. Below is a gallery of the images he submitted along with his thoughtfully written proposal. We would like to gratefully thank our judges Elizabeth Krist of National Geographic Magazine, Michael Wichita of AARP and Avi Gupta of US News and World Report for their time and insights and the wonderful folks at LOOK3/LOOKbetween for hosting our judging and allowing us to present this inaugural award.?It should also be mentioned that the judging for this event was especially competitive.


Bryan Anselm?s project proposal on the Srebrenica Genocide was a very close second. So much so that Michael Wichita generously offered an assignment to Mr. Anselm as a second prize. Congratulations to him and a heartfelt thanks to Michael Wichita for his generosity and amazing spirit. ?MASUD ALAM LITON: REQUIEM FOR FREEDOM


Seven years ago a group of young Urdu-speakers claiming to be citizens of Bangladesh filed a petition to demand enrollment in the country?s list of voters. ?The government challenged their request, but the High Court determined they are ?citizens of Bangladesh and their residence in the Geneva Camp, Mohammedpur, is not a bar to be enrolled as voters.? ?Five years later, in May 2008, a landmark decision in the Supreme Court restored the citizenship rights of the so-called Urdu-speaking refugees and stateless people (also known as Biharis, or stranded Pakistanis) who had languished in camps and ghettos since the emergence of Bangladesh in 1971. Since then, changes substantiating citizenship status have been few and far between. The goal now must be to make ready and steady progress toward fully integrating the population into the larger society.
Maureen Lynch
Click here to Read more.

G M B Akash is one of the winners of PDN PHOTO Annual 2010 organized by Photo District news magazine USA, for his work on child labour in Bangladesh

MI5 faces allegations over torture of British man in Bangladesh

Security service accused of involvement in abuse of Birmingham businessman Gulam Mustafa, who was arrested in Dhaka


The Security service is facing fresh accusations of involvement in the abuse of terrorism suspects after a British man was detained in Bangladesh and allegedly tortured while being questioned about his activities and associates in both countries.
Lawyers representing Gulam Mustafa, a 48-year-old Birmingham businessman, say there is evidence he has been severely mistreated since being arrested in the Bangladeshi capital, Dhaka, in mid-April.
The case appears to present an immediate challenge to a new government, and will give some insight into the manner in which it will deal with the growing number of allegations of collusion in foreign torture.
At their last party conference, the Liberal Democrats passed a resolution calling for a judicial inquiry into the UK’s role in torture and rendition.
The Conservatives, however, have said only that they will not rule out an inquiry. Labour ministers have issued blanket denials of collusion in torture, but have declined to address specific allegations.
Mustafa appeared to have a swollen face when he was paraded before television cameras shortly after his arrest, according to his family.
When he appeared in court 11 days later, a journalist working for the Guardian could see that he was unable to stand throughout the proceedings, at one point sinking to his knees.

The businessman told a British consular official he had been forced to assume stressful positions for long periods during questioning at a detention centre known as the Taskforce for Interrogation Cell, where the use of torture is alleged to be common.
Lawyers for Mustafa’s family said there were strong grounds to believe that British officials had been complicit in his mistreatment and they were considering bringing legal action against the government.
They were angry that the UK High Commission in Dhaka had failed to secure consular access to Mustafa for more than two weeks after his arrest or arrange for him to be seen by a doctor.
The family’s solicitor, Gareth Peirce, said in a letter to the foreign secretary, David Miliband: “It is already well known that MI5 has been co-operating with the Bangladeshi authorities and providing and exchanging information with them about Mr Mustafa.”
She said a number of Mustafa’s associates in the UK had been questioned about him, adding: “There is serious reason to believe that the security services have therefore been mixed up in the ill-treatment carried out by the Bangladeshi authorities and this is still ongoing.”
In his reply, Miliband said Mustafa’s welfare was the “primary objective” of the Foreign Office, but he did not address the allegations of MI5 complicity in the mistreatment.
Asked about the allegations, a Foreign Office spokesperson said: “The government’s position on torture is clear. We condemn it wholeheartedly.
“We do not torture people, and we do not ask others to do so on our behalf. We take all allegations of torture and mistreatment very seriously. With an individual’s permission, we can take up any justified complaint about ill-treatment with the relevant authorities.”
The Foreign Office told the Guardian it had made repeated requests to see Mustafa before finally being allowed access to him on 2 May.
The Bangladeshi foreign ministry rejected this statement, saying it had received only one such request ? the day after Mustafa’s lawyers wrote to Miliband ? and that the request had been promptly granted.
Mustafa has been of interest to MI5 for several years. In April 2007, a month after he travelled to Bangladesh, leaving his wife and six children at the family home in the Sparkhill area of Birmingham, the Bank of England employed counter-terrorism powers to impose financial sanctions upon him, freezing his assets and prohibiting others from making funds available to him.
Mustafa’s family said he was frightened to return to the UK after this happened.
After his departure, a number of his associates in Britain were questioned by MI5 officers, close relatives said.
Shortly afterwards, Mustafa moved into a flat in an upmarket suburb of Dhaka and told his family the rent was being paid by one of the country’s intelligence agencies, the Directorate General of Forces Intelligence (DGFI).
His wife repeatedly asked him to return to Birmingham, and he told relatives, in a telephone call in November that year, that he was planning to do so. Five days later, he was arrested and charged with a firearm offence.
Mustafa’s defence was that he watched police officers plant the weapon during a search of the flat and, when he demanded to know why they were doing it, he was told it was at the instigation of British authorities.
He was convicted and sentenced to 17 years in prison, but was released on bail in January pending an appeal.
He was re-arrested on 16 April and accused of distributing funds to Harakat-ul-Jihad al-Islami, a militant Islamist organisation banned in both Bangladesh and the UK.
Twelve months ago, Jamil Rahman, another British terrorism suspect who had been detained and allegedly tortured in Bangladesh, told the Guardian British intelligence officers had threatened him with reprisals if he did not give evidence against Mustafa in an English court.
“They told me that they would arrange for somebody to give evidence against me in court if I didn’t agree,” he said.
Rahman, 32, a former civil servant from south Wales, said that, after being tortured by DGFI officers, he was repeatedly interrogated by men who identified themselves as MI5 officers.
He was never charged with any offence and eventually returned to the UK, where he began civil proceedings against the government.
The next government will inherit this case and a number of others lodged by British citizens and residents who were victims of rendition or who allege they were tortured before being questioned by British intelligence officers.
One of the litigants has been convicted of terrorism offences. None of the others has been charged with any offence.
The government is expected to offer out-of-court settlements to a number of the men after the court of appeal earlier this month dismissed an attempt by MI5 and MI6 to suppress evidence of alleged complicity in torture.

One thought on “Pathshala Updates VI”