Harijan: The Sons of God

A young “untouchable” sweeper is performing as Krisna in Krishnaleela (affair between Krisna and Radha). Photo by Wahid Adnan.They pick up garbage, sweep the streets, clean the gutters, load and unload the garbage trucks. They are “achuta”, or untouchable; members of a particular caste that sit at the very bottom of traditional Hindu community. In India, Mahatma Gandhi gave the name ‘Harijan’ or ‘the son of God’ to this community of untouchable people. In 1853, after the Great Indian Peninsula Rail Company established the first railway system through the Indian continent, the British colonial authority lured these untouchables with promises of better jobs and facilities in railway stations and provincial government offices. But they were made to do the same jobs as before. In Bangladesh, untouchable people have been engaged in the cleaning profession by birth. Though they despise their profession, most of them have no other way to live except by being a sweeper. They are politically, socially, economically, and mentally isolated from the mainstream community.

Saiful Huq Omi’s entry ?Disowned and Denied? (Entry No. 137) has won the Special Prize by Jury of the 6th DAYS JAPAN International Photojournalism Awards.
The winning pictures will appear in DAYS JAPAN magazines and are scheduled to be exhibited in major cities around Japan. The pictures will also be used for advertisement materials about the awards.
Both photographers will receive a trophy, prize money, and another item (TBA).
Source: DAYS Y.Uozumi

Scholarship for One Year Programme in Photography

Pathshala, the school of photography in Bangladesh is inviting applications ONLY from the female students for scholarship on ?One Year Programme in Photography? starting from February 20, 2010.

Deadline for submission of applications: February 17, 2010
Requirements: HSC or A level with GPA: 2.5 or 2nd Division.
Fluent in spoken and written English.
Must have completed basic photography course.
Interested deserving female students are requested to send their CV, copies of academic certificates, two passport size photographs, a portfolio (with minimum 10 images, size: 8? x 10?), publication,
if any to:
Pathshala-South Asian Institute of Photography, 16, Sukrabad, Panthapath (west), Dhaka-1207 within the deadline.
Tel: 9129847, 9136895.
The scholarship was made possible through a generous grant from Dr. Quazi Najma Karim

Kathmandu is often still stereotyped with postcard images of durbar squares and prayer flags, despite daily evolution and redefinition on social, political, economic and other spheres. In the face of an overhaul of identity, many of us and many around the world choose to continue to see the city in the mind?s eye, informed by a mix of postcards and newspaper headlines.
Seeing Kathmandu by smelling the Kathmandu, feeling the Kathmandu, the joy, despair, and hope of its people, in an attempt to see the unseen, to see energy, to see light, to see change, and layers and layers of emotion and information, and to find moments of human interaction that go beyond what headlines would mark as significant, to go beyond seeing landscape and architecture.
This is what 24 young photography students of mixed cultural backgrounds attempted to do, by embarking on a photographic journey for five days.
The students, from?Bangladesh (Pathshala),?Nepal (photo.circle) and?Norway (Oslo University College), were lead by photographers?Philip Blenkinsop (Australia/ UK) and?Munem Wasif (Bangladesh) and the initiative was hosted in Kathmandu by photo.circle. The programme was supported by the Norwegian Ministry of Foreign Affairs.
The resulting images represent life in Kathmandu with youthful exuberance amidst brick and concrete, early starts in the stealth of the winter mist, schoolgirls in pig tails, last rites and motherhood and family. They are successful in telling the story of a place and a people in little snippets of daily life that are honest and simple and that save us from a shallow experience that we are at risk of succumbing to, regardless of whether we are visitors or permanent residents.
Workshop participants: Gaurav Dhwaj Khadka, Kishor K. Sharma, Narendra Mainali, Pallav Pant, Sailendra Kharel, Shreyans Taman, and Sita Mademba.

Exchange Program from photo.circle on Vimeo.

Journalist Brian Palmer followed young U.S. Marines on dozens of missions during three embeds in Iraq between 2004 and 2006. Back in the States, he continued to document the war and its human cost.
“Full Disclosure captures the consistent, sometimes benign, but often tragic miscommunication between U.S. troops and vulnerable Iraqi citizens. Amid the inexorable and destructive momentum of the occupation, the documentary explores the consequences of our inability to speak with and understand those whose country we occupy. It exposes the gap between what we think we?re doing in Iraq and what we?re actually doing.”
Iraq was the war five years ago when Palmer started Full Disclosure. Afghanistan was ?the forgotten war.? The opposite may be true in 2010, but even as Americans turn toward ?AfPak? and Yemen, the discord and damage in Iraq remain.
1st February? 7- 8 PM
Goethe-Institut Dhaka
House No. 10,?Road No. 9 (new)
Dhanmondi R/A,?Dhaka-1205, Bangladesh
Phone: +880 2 9126525
fax: +880 2 8110712

The Anthropographia Award for Photography and Human Rights

Munem Wasif/Agence VU/Prix Pictet & Wateraid wins an honorary mention for his work??Salt water tears? that relates the tragedy of the lack of drinkable water in southwestern Bangladesh.

Award winning architect Rafiq Azam has been commissioned to design the first of two buildings which will house the new Media Academy being set up by Drik. Rafiq describes the proposed building and explains the logic and functionalities of the new space

Dear All,
It?s really great news for all of us that Pathshala-South Asian Institute?of Photography completed 99 batches and it is now going to start its
100th batch of Basic Photography Course on Tuesday, the 5th of January?2010. It?s a great achievement of all our tutors those who had worked for
Pathshala during last eleven years. Pathshala tutors ?played a very?important role in increasing the strength of the institute through their?teaching, cooperation and participation.
Pathshala has taken an initiative to celebrate its ?HUNDRED BATCH? on?Thursday, the 7th of January 2010 from 4pm to 9.30pm in a befitting
manner.
We are inviting all our tutors of Pathshala cordially to participate in?this programme.
Please confirm your participation before January 4, 2010 to Abdul Malik,?Pathshala. Sorry for giving you such a short notice.
Yours sincerely,
Joseph Rozario ???????????????????????????Md. Anisur Rahman
Administrative Manager ? ? ? ? ? Programme Convener
Programme Schedule:
03-59-04.00 : Programme starts
04.00-04.10 : Welcome and Exchange of Greetings
04.10-04.30 : Discussion on ?One Decade of Pathshala? by Shahidul Alam.
04.30-04.50 ????: Discussion on ?Contemporary media and usages of
photography? by Nurul Kabir
04.55-05.30 : Sriticharon by four students
05.30-06.00 : Presentation
06.30-08.00 : Musical programme
08.30- 09.30 : Dinner

Great to hear that faculty member, and former student of Pathshala, Andrew Biraj, has won five more international awards in 2009. Pity, some of the images are repeats. 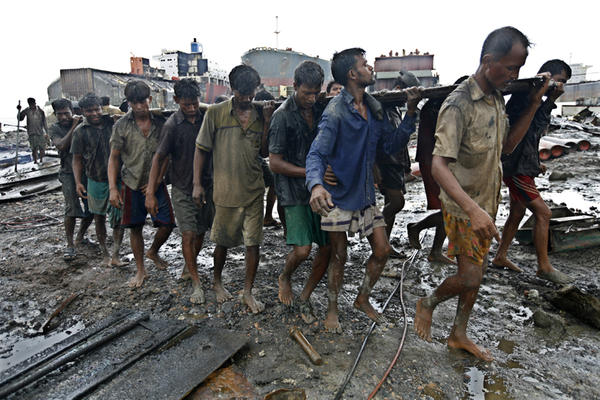 Runner Up of Photojournalism category in the American Photo-Images of the Year 2009
1st Prize in the ‘Migrant & Refugee’ category of FCCT/OnAsia Photo Contest in Thailand: 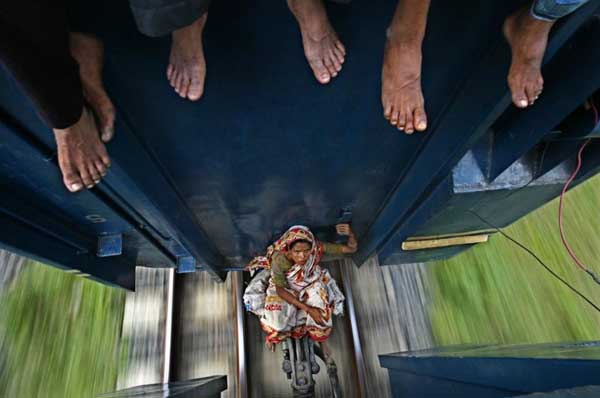 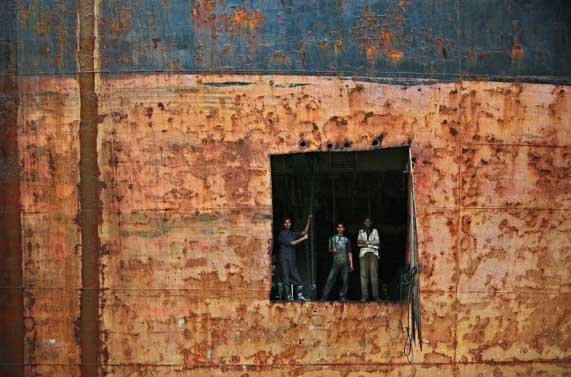