‘The Moving Finger writes; and, having writ, Moves on: nor all your Piety nor Wit Shall ?lure it back to cancel half a Line. …, said Chulie ?quoting from the Rubaiyat of Omar Khayyam to her colleagues at the World Bank, Sri Lanka last month.? She was announcing that she was moving on to join an org called Drik in Bangladesh that ?she has much admired for its ethics.? ?Chulie got to know about Drik?s work sometime in the late 1990?s and was one of the resource people at the first designing of the Banglarights website in 2000. Over the years there has been several ways she has worked in partnership with Drik, most notably being the launching of the ?Portraits of Commitment?? — both gallery and mobile exhibitions in Sri Lanka during the International Conference on AIDs in Asia and the Pacific.
Chulie calls joining DRIK her new adventure in life on yet another untraveled road.? She describes herself as a ?recycled mum? who got out of the kitchen and got back to work to earn some pin money while the sons were in boarding school in Australia and she was living in Brunei Darussalam.? In the Sultanate of Brunei, she ran the English Language Teaching Resource Centre of? CfBT Education Services, U.K.
When the sons after graduation and ready to go on to Masters and PhD?s informed her that she will soon become the least qualified member in the family, she upped and went on to do a MSc in Information and Library Science at Loughbrough Uni versity U.K.
Returning to her native Sri Lanka she worked for the U.S.I.S, American Centre Library and then switched from being a librarian to work as the Press Information officer and the Political Officer for the U.S. Embassy in Sri Lanka. ?It was also during this period that she joined a voluntary international group of Sri Lankans working across the globe in a virtual community called The Lanka Academic Network? (LAcNet) to become its Vice President and then President.? She calls these years her ?Internet Junkie? years where her work promoted the Internet use among the business and rural Communities in Sri Lanka through lectures, assistance and advise to set up and design websites, computer labs and very interestingly through ?a live interactive weekly television program with the Sri Lanka?s state TV called ?Bringing the Internet to Your Home.?
Then a seven year itch got her switching jobs, leaving the U.S. Embassy to join the World Bank Colombo where she was the scribe as the Senior Communications Officer. Surviving the 2004, Tsunami she got herself a camera and started writing more as a cathartic in her blog. However, her interest in writing about local places and wanting to learn about photography has grown.? At the end of another 7 year cycle at World Bank she was looking for a change, ripe for a new direction to shape her life. That?s when Drik moved in and quite easily lured her away from the corridors of power of a multi-lateral agency to the exciting happening world of Chobi Mela and Drik. 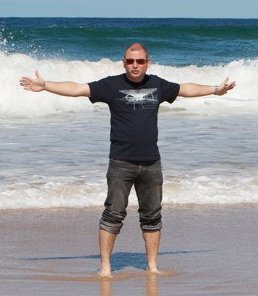 Joe has worked in senior editorial positions, primarily in online news, for some of the world?s leading international broadcasters including the BBC, CNN and Al Jazeera. He studied and lived in Asia for his Bachelor?s and Master?s degrees, before starting his career in radio at the BBC World Service programme East Asia Today. He then moved to online news in the early days of the BBC?s news website, also including spells working on the BBC?s 24 hour domestic and international TV news channels. He then moved to Hong Kong as an editor on the CNN news website, during which he travelled extensively in Asia, including reporting trips covering East Timor?s transition to independence. He then spent a year in Shanghai, as deputy editor of the China Economic Review magazine before returning to CNN television in London. In 2004 Joe joined the start-up of Al Jazeera?s global English language network, based initially in the Middle East. He then moved to the network?s Asia headquarters in Malaysia to set up and lead the team covering Asia-Pacific news for the Al Jazeera web. 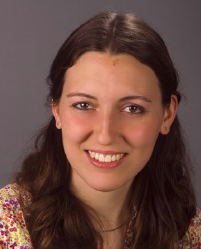 I am a 22-year-old student of South Asian Studies and Ethnology (Cultural Anthropology) at the University of Heidelberg, Germany. Our Bachelor studies include a so-called ?practical semester? in which we are asked to work in a company or other facility in South Asia to gain first experience in the working field of our interest. Thereby we are encouraged to find orientation for our further professional career. The internship should begin in mid-October 2010, with a duration of 3 months.
I found the homepage of Drik while searching for an interesting media institution in South Asia. From the very beginning, when I saw your appealing internet appearance, I felt convinced by Drik. Your work combines aesthetic, artistic elements with social messages and discourse which seems to be a challenging task. Moreover, interning in Bangladesh would extend my knowledge about South Asia as I have only been in India so far.
My experience with media has mainly been the field of newspapers. I was a member of a school group creating their own newspaper for students. Also, when I was a school student, I did an internship at a local newspaper’s editorial department. I enjoy writing very much, also in my free time. After my A-levels, I had a summer job in another newspaper’s sales department.


Dear Shahidul,
Chomotkar! 😀
Happy Drik?s 21st Anniversary!
It?s a pity that I can?t participate in the celebration this year, because now I?m in Shanghai Expo. However, in order to send my blessings, I?m mailing a gift, a book called A PICTORIAL HISTORY OF LIFE IN NEW CHINA (1949-2009). I hope it?ll benefit Drik photographers and enlarge Drik?s collection of photo books from China. 🙂
Chinese has a saying that time is like a flashing arrow. In the blink of an eye, it?s been almost two years since we first met in Shantou, and it?s been more than a year since the first Chinese batch interned in Drik.
After the Chinese batch?s lifetime experience in Dhaka, we chose different paths to march on. I had quite some adventures in Indonesia alone and later in Xi?an and now with Yan (one of your Shantou workshop participants) in Shanghai.
However, no matter wherever I go and whatever I do, I know in my mind that there is always a person to thank and a promise to keep.
If it weren?t for that person, I wouldn?t start to approach the true sense of photography; if it weren?t for that person, I wouldn?t see the world like I see it today and try my best to give another perspective; if it weren?t for that person, I wouldn?t understand that with the power of mind, the strength of faith, and a heart of love, one can go this far and influence these many people for something better……
The person is you, and the promise is to come back and serve.
Previously I was bound to university but now that I graduated, I?d love to devote myself to Drik (or Pathshala) and help to prepare the coming Chobi Mela ?.
So I am willing to come to Drik any minute from now on till the end of Chobi Mela, or stay longer if there still has lots of things to cope with.
I know that my help would be very slim compared to what you and Drik have done to me, but I?d love to contribute as much as I can. And I know that it?ll take me many years to express my gratefulness, but now it is a time for me to start.
So let me know what?s on your mind and I?ll be on your call. Thank you as always and more.
Enjoy the night and best luck with everything. 🙂
Big big hugs with much much love.
Bai Xi