Anushe, Shofi Mondol and Nozrul in a spontaneous performance at the British Council

What Happens in Police Remand?

An interview of journalist Anis Raihan who was a student when he was arrested in August 2007. He spent a total of eleven months in jail and was tortured by RAB during remand. (Bangla). Since it is common knowledge that police torture detainees in remand, is the court complicit in torture when they authorise remand?

The Boy Who Wanted To Fly

Don Mullan was a witness to Bloody Sunday and had wanted to join the IRA. It was his passion for football and his hero Gordon Banks that led Mullan to become a humanitarian instead. At his book launch at the Phoenix Art Club in London on the 13th October 2010, he talks of his meetings with Banks, and his subsequent links with Pele and Desmond Tutu who wrote the foreword to his new book “The Boy Who Wanted To Fly”

The Power of Laughter

A Zimbabwean woman talks of her own trauma and why her passion for peace comes from the laughter of a child.

A story from Arabia about blood money and justice. A man becomes a substitute for another man condemned to death. A stranger, who merely gives his word that he will return. As the condemned man returns to free the substitute, the judge intervenes to provide humane justice. Wonderfully narrated by Jan Blake.

The company of the likes of Reza Deghati, Susan Meiselas, Chris Boot and Robert Pledge would be a delightful treat for any photographer. To be taken through the streets of Barcelona was an added bonus. The conversation over dinner, ranging from the Iranian Revolution to behind the scenes stories at Magnum, was treasure to cherish.

You don’t know my love, but you are my life’s longing…

While Gods Took to Dancing

In the back-drop of Irom Sharmila’s fasting struggle protesting against the violent ambience existing in Manipur, a north-eastern state of India, the film ‘While Gods Took To Dancing’ foregrounds the call for peace as the need of the hour.

While Bangladesh celebrated it’s Language Martyr’s Day, the Pahari community (Hill People) of the Chittagong Hill Tracts grieved the killing of the non-Bangla speaking Bangladeshis by its military

Ferdous runs a tea stall at Manipuri Para in Dhaka. The sweet tea with dollops of condensed milk is popular. Working from 7 in the morning till 8 at night, he saves 150 Taka (just over 2 USD) a day. 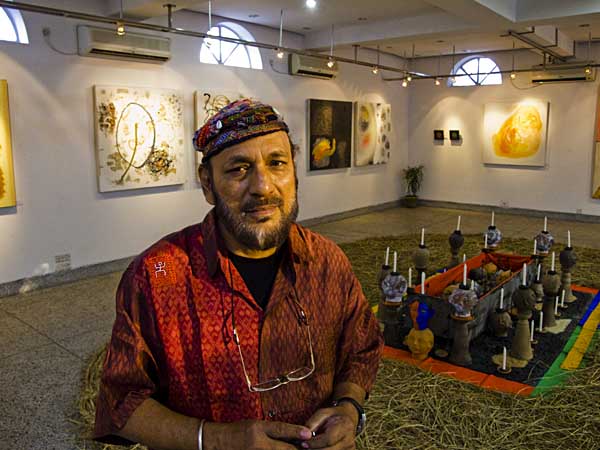 Kashem and Shumeru from the Drik AV team were shooting the Bangladesh section of our film on the Brahmaputra. We were at Nijhum Dweep (The Island of Silence), a remote island in the Bay of Bengal. Weaver birds’ nests hung from the branches. Deer was in abundance. The twittering of birds filled the mangrove forest.

A Village Song from Bangladesh

Only in Bangladesh could a lover’s arrival be compared to the coming of rain. A beautiful rendering of “Tumi Ele” by Zoe and Idris Rahman inspired by their father’s collection of old songs.Zoe and Idris Rahman render their version of “tumi ele” at Coventry. 18th April 2009. ??Shahidul Alam

[wpvideo 3QP1aByy]
I dream about football. A film by Drik AV
[wpvideo Q51Wkcuy]


[wpvideo 8A08MSUQ]
Shima 8 years old. A film by Drik AV
A computer is a far cry for 8 year old Shima and her younger sister Rima in Dhaka, Bangladesh. Her ‘flower shop’ is a space on the footpath, near the roundabout at the Sonargaon Hotel. As her mother admits, ‘They have to earn money for themselves. Shima and Ruma run the family. What can be done? They sell flowers and miss out on school. They want to study. But food is our priority. So they sell flowers and earn for the family.’
This tender but matter of fact film was made by Rabeya, Sopna and Dadon of the ‘Out of Focus‘ group. These three children can relate to the life that Shima leads. The film was awarded the Meena Award by UNICEF for the best film in the ‘under 18s’ category. Though their basic photographic skills were developed by Drik, Laurent van Lancker of Polymorfilms introduced them to film making.
One Lokman. A film by Drik AV


?One Lokman?
Directed by the Out Of Focus group
Filmed & Edited by Out Of Focus
with assistance by Laurent Van Lancker
Lokman is young street singer, whose talent is widely known in the neighbourhood. He lives in a slum and his accompanying musicians are his parents, who depend entirely on his singing talent as their source of revenue. The constant performing on the street prevents him from going to school regularly.
[wpvideo aTauwOU2]