Since SDN’s launch in 2008, some of the strongest and most original work has come from Bangladesh. Much of this can be credited to Shahidul Alam, founder of the Drik Photo Agency and MajorityWorld.com, a website championing the cause of indigenous photographers from the developing world and the global South. Most of the Bangladeshi photographers featured in this issue are listed on the MajorityWorld.org website. Khaled Hasan was also a winner of the recent SocialDocumentary.net call for entries on the global recession for his exhibit on stone workers. In addition to the pictures, the photographers from Bangladesh take their role seriously as documentarians and write thorough commentary on the subject matter. ?Currently, there are ?13 exhibits on SDN from Bangladesh. The five below have been submitted in the past two weeks.


Tannjimul Muslemin Yatim and Hafiz Khana, an orphanage and Islamic school, is situated near the famous Hazrat Shah Amanat Shrine in Chittagong. The orphanage gives shelter, food, and education to more than two hundred students, who are mentored to be Hafiz (one who memorizes the holy Koran). It takes fifteen months to four years to become a Hafiz. According to UN statistics, six million students are enrolled in educational institutions like this in Bangladesh.
View exhibit.


In Bangladesh, particularly in the district of Tangail, saris are an integral part of the tati community, a Hindu caste that specializes in creating the much-sought jamdani saris. But in an ever globalized and mechanized world, the tatis are facing problems from all directions. As machines take over, their hands are forced to lay idle. Furthermore, the new generation shows little interest in maintaining the caste occupation as they migrate to the cities. Their trade, their art, their way of living is becoming part of Bangladesh’s history books.
View exhibit.


From January 22 to 24, 2010, more than two million people gathered on the bank of River Turag in Tongi, Bangladesh, including a hundred thousand women and nine thousand devotees from abroad, for the annual Biswa Ijtema congregation. The three-day event focuses on prayer and meditation, and Islamic scholars from different countries delivered sermons on aspects of Islam. Second in size only to Hajj (the annual pilgrimage to Mecca), Biswa Ijtema has been taking place annually since the 1960s.
View exhibit.

Born in a Slum: Childbirth in Bangladesh


Every year, 440 out of every 100,000 pregnant women in Bangladesh die. In most of the slums, no doctor or medical service is available. Often midwives help the pregnant mothers, but they are untrained.
View Exhibit

Tears of Memories, Death of dreams: Caring for Bangladesh’s Elderly


A traditional society, the people of Bangladesh have in the past placed much value and importance on caring for the elderly. Tradition dictates that children live in the same home as their parents to care for them as they grew old. However, more recently, people have begun placing their parents into homes for the elderly, a fairly new practice in Bangladesh that some blame on globalization and exposure to Western ideas.
View Exhibit

Yet Another Pathshala Alumni in Masterclass

3rd May 2010. Amsterdam
Twelve young photographers have been selected to come together with a group of masters for the 17th annual World Press Photo Joop Swart Masterclass to be held from 30 October to 4 November 2010 in Foam_Fotografiemuseum, Amsterdam.
The 12 participants were selected among 162 candidates who had been nominated to submit their portfolios. During the six-day masterclass meeting, the participating photographers will interact with six prominent experts, discussing technical, journalistic and ethical aspects of their work.
The following 12 photographers were selected to participate in the 2010 masterclass:
Lurdes R. Basoli, Spain
Maisie Crow, USA
Giulio Di Sturco, Italy
Sarah Elliott, USA
Adam Ferguson, Australia
Andrea Gjestvang, Norway
Lissette Lemus, El Salvador
Justin Maxon, USA
Dominic Nahr, Switzerland
Saiful Huq Omi, Bangladesh
Ed Ou, Canada/Taiwan
Alvaro Ybarra Zavala, Spain
The participants were selected by an independent, international selection committee consisting of: Walter Astrada (Argentina) Reportage by Getty Images, Camilla Brown (UK) senior curator The Photographers’ Gallery, Pieter ten Hoopen (the Netherlands/Sweden) photographer Agence VU, Maria Mann (USA) senior managing editor European Pressphoto Agency and Eugene Richards (USA) Reportage by Getty Images. In preparation for the meeting, the participants will execute a photo essay on one single theme, which for this year is: “Persistence”. The essays will be discussed during sessions with the masters and edited into a publication.
The Joop Swart Masterclass has been organized by World Press Photo every year since 1994. Its goal is to bring together some of the most experienced individuals in photojournalism with 12 young, promising photographers so that they can share and pass on their knowledge and experience. From the beginning of the program, a total of 187 young photographers have participated in the program, many of them moving on to establish themselves as today’s leading photojournalists.
The Joop Swart Masterclass is supported by Delta Lloyd Group, Stichting Democratie en Media and Canon, who provides all participants with a grant. World Press Photo receives support from the Dutch Postcode Lottery and is sponsored worldwide by Canon and TNT.


Bangladesh/ 2008 ? 2009
Tobacco production is a historical reality in Bangladesh. The British colonizers commenced tobacco farming in this region about 200 years back. Since then the dependency of the peasants on tobacco grew farther gradually.
A huge number of people are engaged in “Biri” (an end product of tobacco) and cigarette making in homes and factories among which children are also employed. While labourers suffer from various diseases they have no alternatives to leave making “Biri” and cigarettes due to poverty.

Tobacco itself is an important issue in terms of environment, health and economy which needs to be addressed.
It is a story of a very simple thing. A leaf. Or residue. Tobacco. Apparently innocent. It may be a story of making money. Or of starvation, discrimination. Of slavery. Of tears. Of fears. It is a story of green. It is a story of brown. It is a gray story. Photo: Qamruzzaman

10-03:Even in her pregnancy, Sajila had to do other household works besides her job as a day laborer on 22 March 2009, Dhaka, Bangladesh. Quite understandably, it was not possible for Sajila to have the extra cares or medical support an expecting mother should get. The family will starve if she does not work, so she continues with her heavy work as a day laborer. This was definitely the last thing a pregnant woman should go through.2009?3?22?????????????????????

10-04:Sajila is taking rest during idle mid-day on 9 April 2009, Dhaka, Bangladesh. She lives in a small, suffocating and unhealthy room in the Korail slum, which is surrounded by lake. As it is in most of the slums, there is also no doctor or medical service available here in this slum2009?4?9???????????? 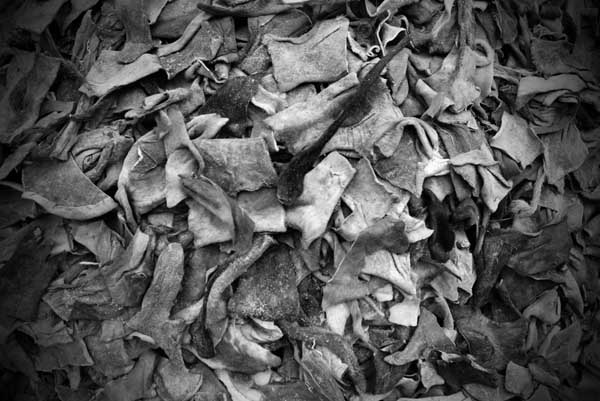 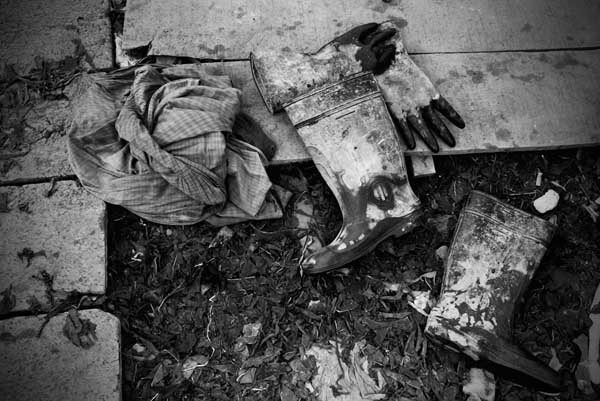 We know that tanners get their daily dose of poison from the chemicals they use, but so do we. For the sake of making animal-skin more tender, more supple, we are all being fed chemicals by the environment. For the sake of making thousand-dollar European leather bags for one percent of the world?s population, the health of millions of people are being damaged. Poisonous chemicals are released into the air we breathe, into the rivers that are supposed to nourish our bodies, our lands, our agriculture. 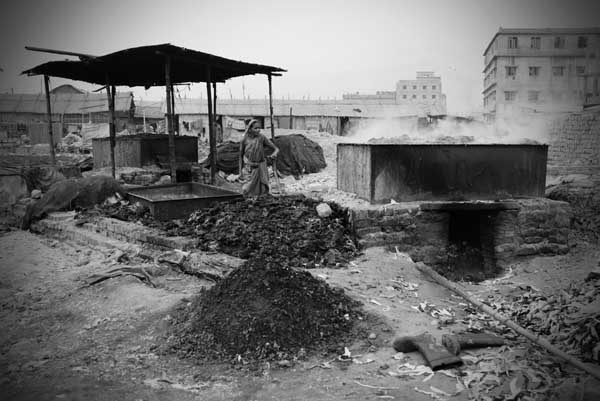 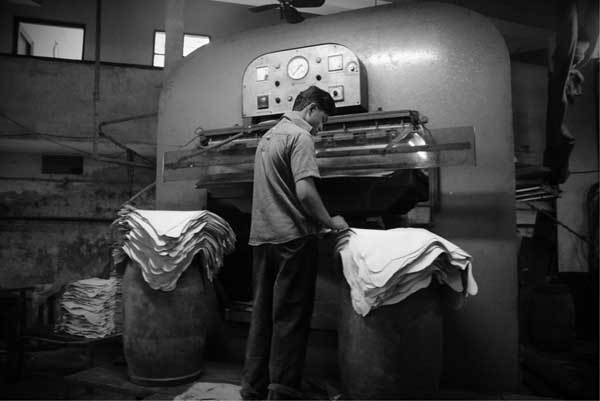 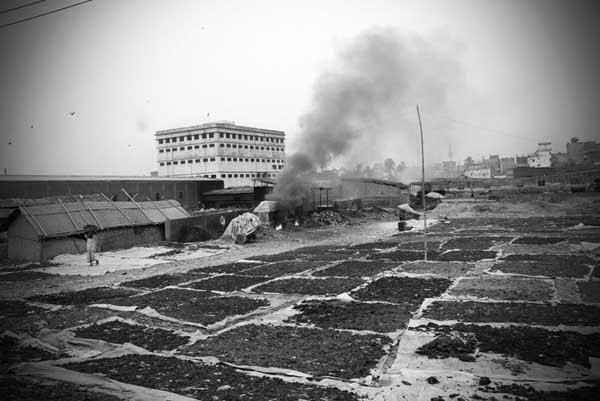 The highest price is paid by the tannery workers. In exchange for a minimum wage that barely allows them to survive, they are investing their own skin, their health that no money can buy, their souls. These photographs tell their story because they cannot tell it themselves. They do not have the time to spare from their relentless work. They do not even know that they have the right to tell it. 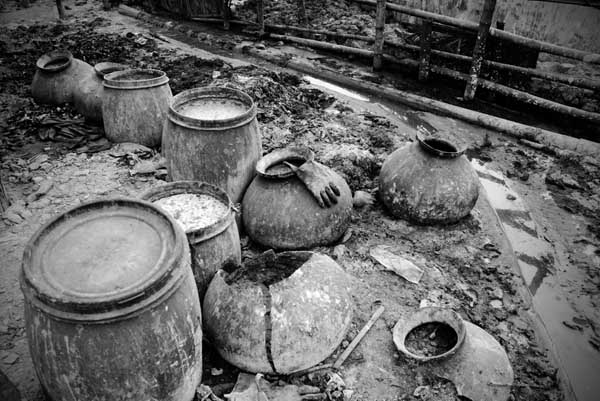 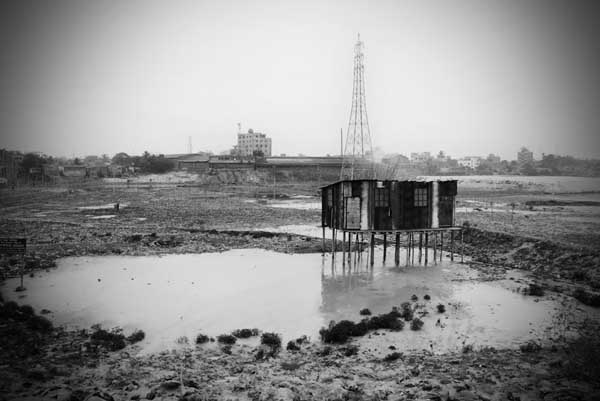 Photo Essay: Swineherd: Starting photography as a hobby, over time I settled into a professional approach, intending to employ it to advance human development and focusing on human rights. ?My subjects are the people who are socially discriminated against and suffer due to social, political, and environmental conditions, and whose rights are violated. 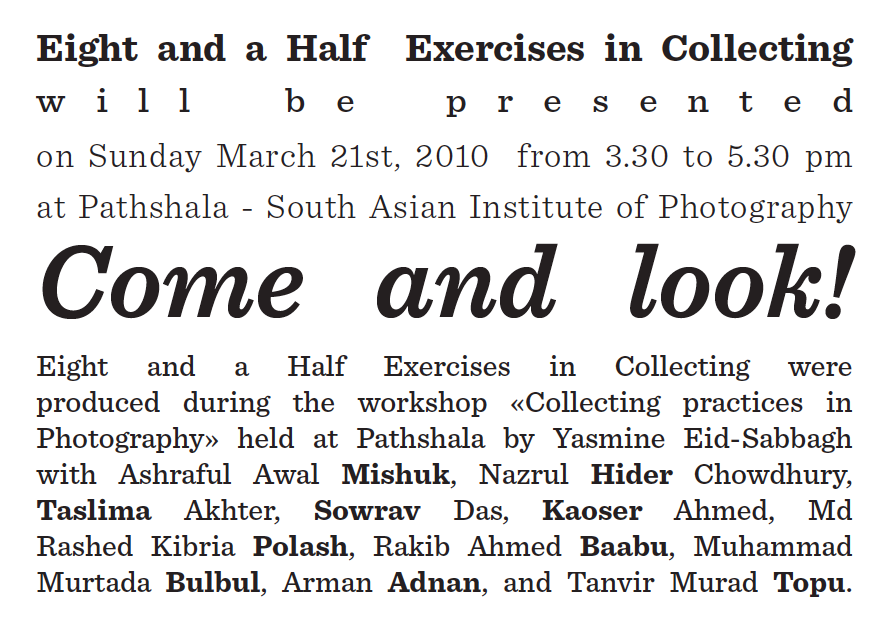