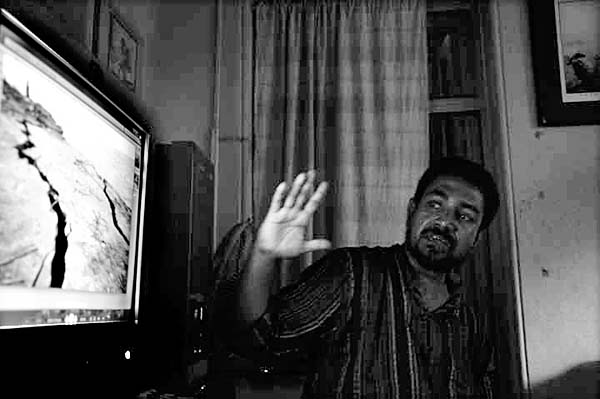 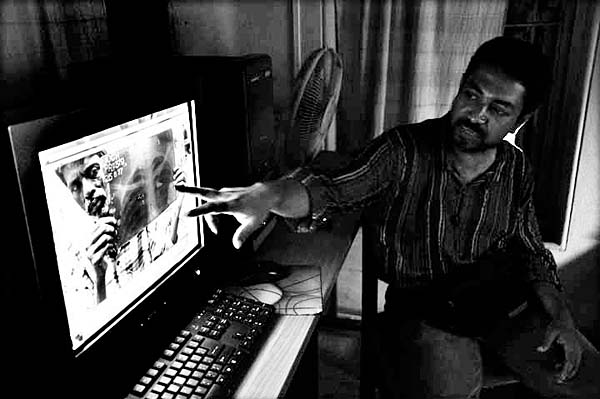 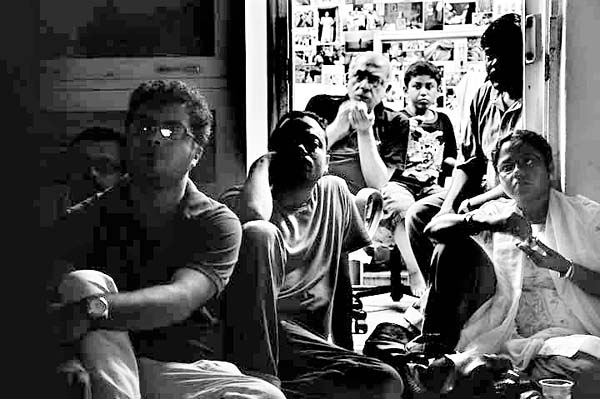 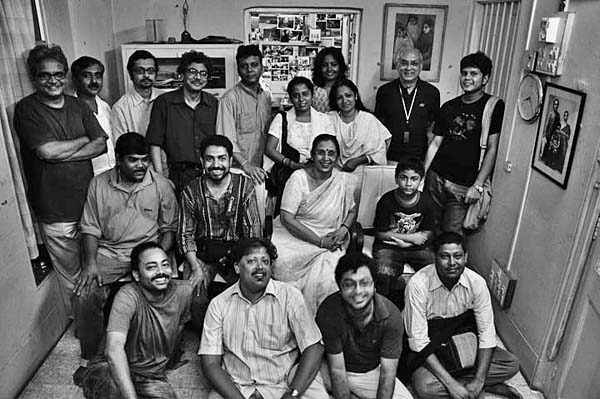 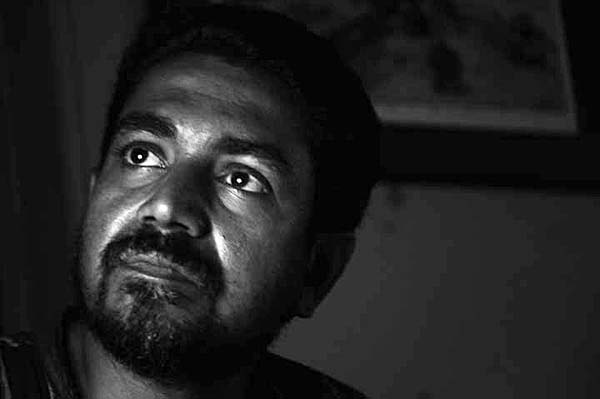 Three years ago, a team of a few professionals from Drik India, started off with a PD 170 camera following the legendary writer & activist Mahasveta Devi on her journeys into the remote tribal belts of India, where her activism to support the daily struggle of the marginalized has long taken a human face with an epical significance. The endeavor of the team was to record the journey of an activist writer who refuses to stop even at the age of 85. Thus, ?Journeying with Mahasveta Devi?, a film on her crusading way of life was made in 2009. The film was critically acclaimed and was showcased in several festivals.
But that was not the end. For a person of the stature of Mahasweta Devi who unfolds endlessly both in her sphere of activities as well as her fascinating personality, a single film was definitely not enough. We set about making the second film in the trilogy that was already planned upon. ?Mahasweta Devi Close-up? is a sequel to our earlier film ?Journeying with Mahasweta Devi?. The viewed and the viewer, the act and the response, form the basic pattern of this film and closes up further with both the inner-self and the outer-self of Mahasveta Devi.
The film was premiered at the 3rd International Documentary & Short Film Festival of Kerala (2010), where it won the award for the Best Short Documentary in Competition . This is the second film award that we received this year (?Making The Face?, the film based in Manipur, North East India, won the National Award for the best film on family welfare, earlier this year; though, it was an award for 2007 productions). ?Mahasweta Devi Close-up? is directed by Moni Bency & Joshy Joseph. The duration of the film is 39 minutes.
The citation of the jury who chose the film, for the award says ?Rather than use the standard narrative conventions that an autobiography of a celebrated author would involve the film uses an extremely innovative form to stage an encounter between two art forms, literature and cinema? .
While the immense energy that is Mahasveta Devi, never ceases to surprise us with her dynamism, an award is also definitely a booster for us to looking forward to many more similar endeavors in the near future, with you, friends who always remain with us.

Drik India cordially invites you to the solo performance by Parnab Mukherjee on the roof top of Drik India’s office on 23 May, 2010 at 6 pm.
The address of Drik India is 17/1 C, Ganga Prasad Mukherjee Road, Bhowanipore ( just behind Chakraberia Haw”.

Necropolis: rehearsing Koltes in such times

“Other Side India” in Private Magazine

“Whenever people talk about ?Indian photography? it obviously leads to a debate and discussion about how appropriate it is to term it as ?Indian photography? rather than ?photography in India?.The question is: to what extent has photography in India been Indianized?”
The contributing photographers of this issue have addressed the complex nature of the time and space evolving around the formation of an identity through works that have crucially explored the issues of marginalization and dislocation.” [Suvendu Chatterjee]