Launch of book edited by Parthiv Shah and Sana Das 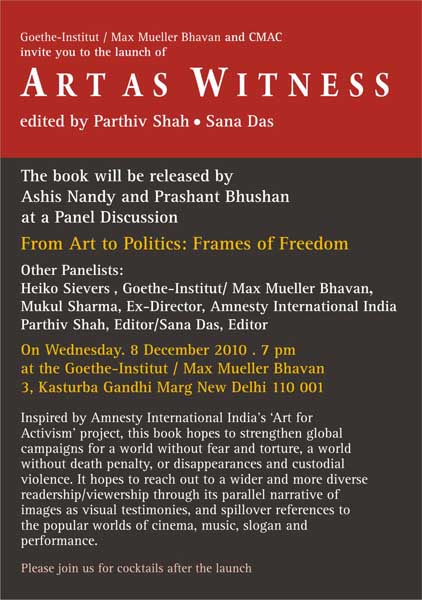 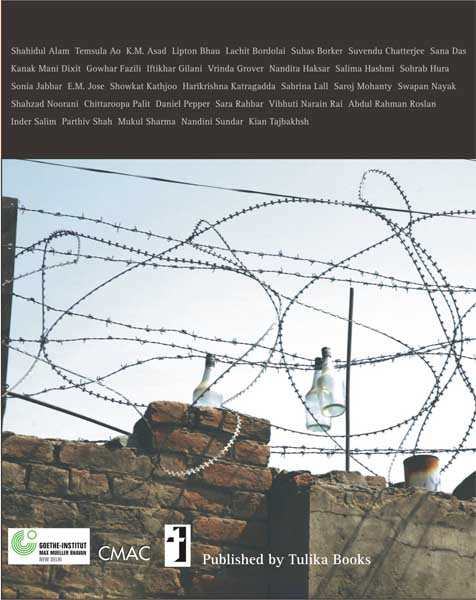 Tom Hatlestad is awarded Blanche Major?s Reconciliation Award for his photo-documentary exhibition ?Tracing Freedom?.
At the end of 2008, photographer Tom Hatlestad went on a journey, which over the course of four months, would take him and his Land Rover from Norway to Bangladesh. The goal of his trip: to investigate what people of different cultures and levels of society would associate with theconcept of “freedom.” During the course of his travels more than 150 people had their photographs taken, accompanied by their thoughts; the result of this is Tracing Freedom.
By presenting “freedom” as an universal common Tom Hatlestad encourages reconciliation and understanding between people with different backgrounds.
On the journey Tom talked with people from 30 countries and all walks of life.? Much is common in what people in different parts of the world associate with the concept of freedom. Some of the deepest and most profound responses I received from people who we perceive to be poor and with few resources, for example, people who cannot read and write. For me, this journey has challenged the way I perceive the world.
Our lack of freedom is often rooted in prejudice and wrong perceptions of others, “said Tom Hatlestad.
Until now, nearly 70,000 people in Bangladesh, Nepal and Norway have seen the exhibition, which has been shown outdoors, including outside Oslo City Hall in August this year. The exhibition will also be shown in the Peace Park in Ris?r in August 2011.
PROGRAM
? Host: Vidar Fjeldstad
? “Why the prize of reconciliation” by Helga Arntzen
? Musical performance by Kristin Minde
? Portrait of Blanche by Major Peter Major
? Main Lecture: “Freedom ? what is it?” by philosopher Tore Frost
? About the Prize-winner by Morten Krogvold
? Presentation of Blanche Majors Reconciliation Award to Tom Hatlestad
by Helga Arntzen
? Prizewinner’s acceptance speech by Tom Hatlestad
? Musical performance by Kristin Minde
Blanche Major
Blanche Major was 19 years old when she was imprisoned in Auschwitz II ? Birkenau in 1944. Her mother, father and 31 close relatives were sent to the gas chamber. Within a few minutes, Blanche and her sister lost their whole family ? We can?t do anything about the past. But I am convinced that we can do something about the future, says Blanche Major today. Blanche is Travel for Peaces? patron and reminds us every day that reconciliation is equal knowledge in the fight for a better world.
Blanche Major?s Reconciliation Award
Blanche Major?s Reconciliation Award is awarded to outstanding individuals or organizations that are involved in reconciliation and reconciliation processes. At the initiative of the founder and ideologist of Travel for Peace, Helga Arntzen, the winner is awarded a prize of 30 000 NOK, a diploma and a medal for their sustained and impressive work within the field.
The award has previously been given to
Enver Djuliman (2003), Anne Kristine Herje (2004), Inge Eidsv?g (2005), Petter Skauen (2006), Safia Y. Abdi (2007), Elias Akselsen (2008) and Asgeir F?yen (2009)
Further information:
www.tomhatlestad.com
www.freedomtrack.no
www.aktive-fredsreiser.no