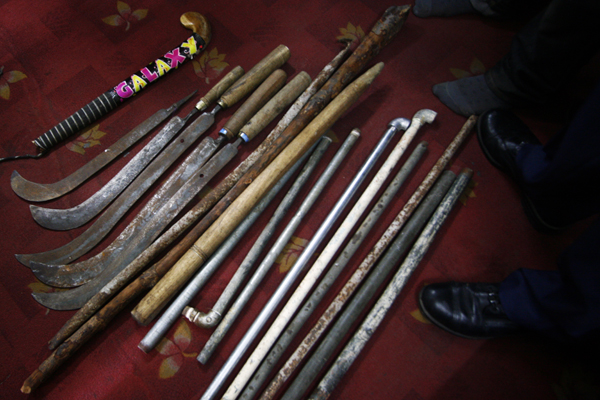 Police arrested 71 students of Dhaka College from the college dormitories and surrounding messes, in an overnight raid on Tuesday following clashes over dominance at a residential hall, between rival student activists of Bangladesh Chhatra League (BCL). A number of bullets, machetes and clubs were recovered during the raid. Dhaka, Bangladesh. March 17, 2010. ? Photo: A.M.Ahad/DrikNEWS Image Id: DN010832

Even though the first goal of the Millennium Development Goals (MDGs) is the eradication of poverty and hunger yet each day 25,000 people die of hunger related causes. One in three children in the majority world is affected by malnutrition while about 59 million primary school-aged children attend school hungry. All over Bangladesh 600,000 poor children in 4,000 targeted schools are provided by different donor organizations with a 75 gram packet of vitamin and mineral enriched biscuits. At the end of the World Children Week, while this child nibbles on one such biscuit the government as well as the donor organizations hope that the different measures taken to eradicate poverty and hunger will see the light of success. Bogra, Bangladesh. October 11 2009?? ?Shafiqul Islam/DrikNEWS.?Image Id: DN008356

Acrobatic feats by artists from Inner Mongolia enthralled the audience in Chittagong, as a part of the cultural exchange programme between Bangladesh and the People?s Republic of China at Chittagong Theatre. Chittagong, Bangladesh. ? Raj Anikat/DrikNews 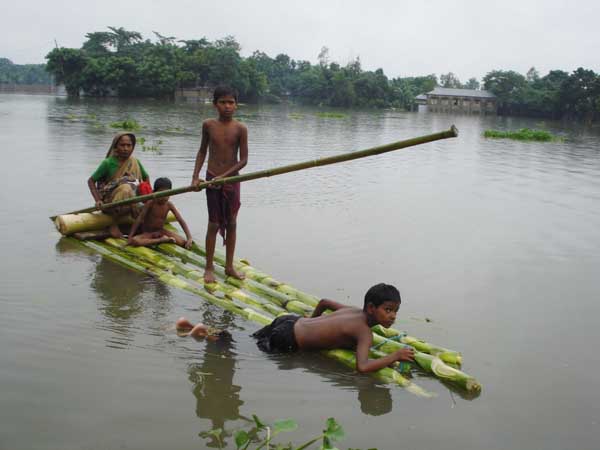 72 hours? continuous torrential downpour and poor drainage system have inundated Rangpur town to an extent that 3, 000 families have been victimized by the stagnant water. Unsurprisingly, the Metrological Department recorded 400 mm rainfall during the course of these three days.? Rangpur, Bangladesh. August 19 2009?? Salim Mahfuz 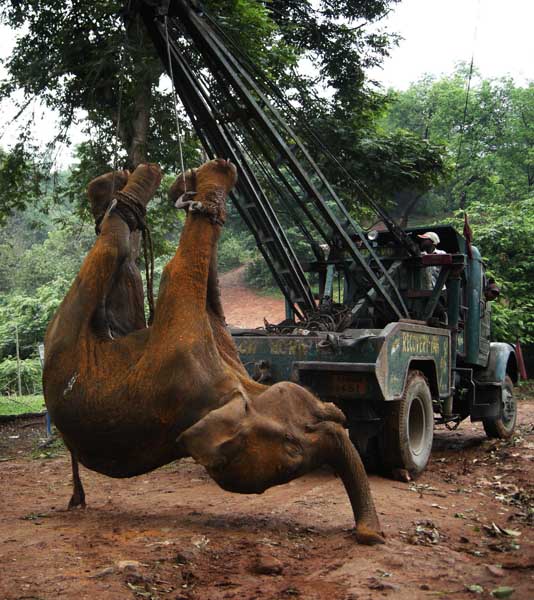 An elephant which was knocked down by a train in Deepor Beel Bird Sanctuary area in the outskirts of Guwahati on April 23, 2009 died at the Assam State Zoo. Assam, India. 2nd May 2009. ? Pitamber Newar/DrikNews