It has been six years and Kabul has changed. My luggage was through booked from Bonn, via Munich and Dubai. Three flights in three different airlines with the tickets bought separately. Miraculously it arrived safely.
The banks at the airport were closed on Friday morning when I arrived. Maybe they?ll open tomorrow or the day after, they said. But things worked out. A SIM card was easy to get. It provided roaming Internet, but with a minimum charge for one month, I decided I?d stick to the Aina office where I was staying, for browsing. The SIM card man was going to change money for me as well. I suspected the rates weren?t the best, but at that stage, I wasn?t going to argue. More negotiations led to the bus to the parking lot and then the taxi.
The photographers at Aina had done well. The last time I?d seen Farzana Wahidy was at the All Roads Award Ceremony at National Geographic. I?d met Massoud Hossaini more recently at the World Press Award Ceremony in Amsterdam. He had just won the Pulitzer and it felt good to see how they?d progressed from the days I?d shared stories with the young and bright eyed youngsters in the grounds of Aina. But the office had moved. Luckily Farzana was able to direct the driver to the new location.
The new office was getting a fresh coat of paint and I made my way through stepladders to the TV room where the billiard table was stacked up with things temporarily relocated for the painters. But there were still people around and Aina looked like a busy place.
Farzana and Massoud soon came and we chatted about old times. I was to meet the other photographers on Sunday (today). That left me the rest of the day and Saturday to do other things. I had only seen the imported form of Buzkashi in Balochistan. But it was too hot for the sport in June and the other games were played early in the morning on Fridays, so I?d already missed them. But I did have other plans.
My main task was to identify work for a show I was curating for the Mus?e du quai Branly in Paris for 2013. Afghanistan was one of the eight countries I was covering. The trips to Nepal and Myanmar had gone well and I was looking forward to seeing fresh work from Afghanistan. I was also piggy backing for a story I was doing for Saudi Aramco World. Salma Hasan Ali, who was working with me on the story, had set up an appointment at what sounded like a wonderful school set up by Sadiqa Basiri Saleem.
I thought I?d also take pot luck in tracing an old friend. I?d met Aga Ghul in my last visit in 2006. Only then, I?d thought his name was Abdul Karim (my nonexistent Pashto and broken Urdu had obviously not served me well enough). The only clue I had was a photograph of Aga Ghul and his family, in their home and a vague landmark atop a hill. I didn?t know at that time, that I had the wrong name. We might well run this story on Saudi Aramco World, so I won?t give too much away at this stage. Anyway, there is plenty more to tell.


I managed to find my friend. He hadn?t changed much, but the three-year old Mahjebeen was now a naughty nine year old. I was surprised she remembered me. We met up again the next day, and took pictures in their home. It was still bright when I left and two kids clambered up with me as I went up the hill at Kulula Pushta. Soon one was warning me that the boys near the top ?sharab peeta? (lit: they drink, implying they were junkies). I sensed, not hanging around was wisest, but I?d been spotted and they came round, asking for money. This seemed a wise thing to do, but soon others came and then the knives came out. This was no time to be brave and I handed over the cameras that they wanted (managing to get the memory cards out as I made the transfer). They kindly handed me back the empty wallet. The other visible items on my pouch, the audio recorder, a phone, even my folding specs, went.
I was relieved things didn?t go further. The kids came over, worried, angry and embarrassed that a mehman had been treated this way. They accompanied me to a taxi. I asked them if they?d come along with me (they knew the boys) and they readily agreed. Friends at the Aina office in Shahre Now arranged for a local person to take me to the local police station. Then we went to Station 4. This was like other police stations I am used to, people coming in and out. Others who had been hurt, forms being written out in long hand, left thumbs pressed extra hard as the stamp pad ink had virtually dried. The television churning out oldies. Rajesh Khanna and Amitabh Bachan in their youth. Things were not moving too fast, but despite my predicament, I was fascinated by it all, until I realized things had taken yet another unpleasant turn. I was now a spy. This was not the direction to be going in. Before things escalated, I talked to the guys at the Aina office, and together we thought of all the people who could help. A helpful friend of a friend was a high up in the CID, and he came over, as did the administrative officer of Aina.
After a lot of delicate negotiations, a letter was drafted stating that I leave at the first available flight in the morning, and I left for Aina. I had arranged to meet the local photographers in the afternoon, which would need to be called off, but since I needed to book a new flight, we did have some room. Farhana and Masood were shocked when I called them in the morning. They too had connections which they roped in. In the meanwhile Brajesh Verma, the country director of Aina walked into the room. His wide grin did not seem appropriate for the occasion, but he had his reasons. ?camera mil geya? he said excitedly. Again we traipsed off to the station. An officer I hadn?t seen before yanked me by the hand. I was taken to a cell where five young men were being kept. I recognized some of the boys, but one or two I wasn?t sure of, and I knew what happened in police stations. They had been caught while trying to sell the cameras. My anxiety over accidentally identifying the wrong person was partially overtaken by a new concern. We had come prepared to say I was really on my way, and hadn?t been able to manage a flight, but this was no longer a concern. The battered almira on which the TV set perched had one drawer with a tiny padlock. The lock was ceremonially opened and out came two of my cameras. They were definitely mine, and I cringed at the finger-prints on the lenses. Now that the cameras had been identified and several phone calls had come in from several quarters about my credentials, I was no longer a spy. I was offered tea and candy and given an orange like fruit with striped markings to hold in my hands. It was the Afghani men?s fragrance. I had seen men rolling it in their palms. I was given a demo, and the fruity smell it left in my palms was nice in small doses. Now there was no question of me leaving right away. I was to cancel my original flight in the morning. I would need to testify. The cameras would go to the ministry. Be logged and only after all the paperwork was completed could I leave the country.
My two-day pit stop in Dhaka before heading off to Santa Fe was in peril. This time the reinforcements were brought in. Masood and Farzana now started new negotiations. I was now a friend and was asked to sit next to the police chief. He hoped I was not too upset about the spy allegations last night. Times were bad. This had nothing to do with me. ?Procedures you understand.? Eventually a deal was made. Provided I arrived in the morning and appointed someone from Aina to represent me after my departure, I could leave. The cameras would be handed over to my representative once the case was closed. Getting them to me was something I would need to work out later.
A lot of hand-shakes, and polite sips of tea (Rahnuma will laugh at this one) was followed by a mad chase to 3rd eye, where all the photographers were waiting. 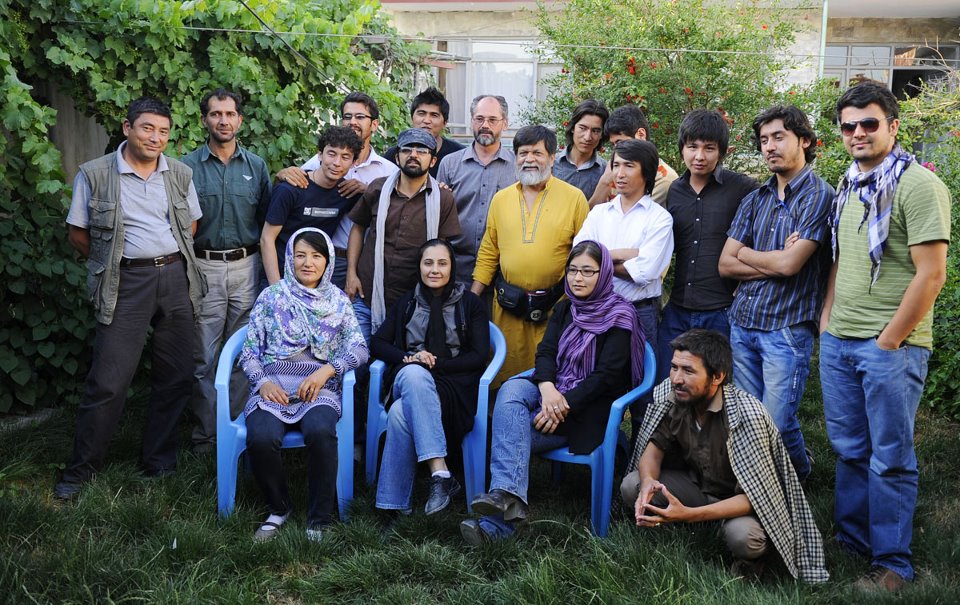 While we were looking at pictures, we mapped out nearby travel agents. The travel agent was still open, but the Flydubai office was not. There was still a chance the Dubai office would be open. Saying goodbye to Farzana and Masood who had been on constant standby, I sped across town to to my room at Aina, ignored the flurry of incoming calls that had been coming in all day and managed to find a sensible flight back.
I hope tomorrow morning at the police stations springs no new surprises.
————
I am now back in Dhaka. Unhurt, and while I did not get everything back, I do have my two 5D Mark IIs.

7 thoughts on “The spy who came in from Dhaka”