Patron: Don McCullin Director: Aidan Sullivan
Highly Commended Alejandro Kirchuk / Commended Jashim Salam & Valentina
Quintano / Hon Mention Daria Tuminas
We would like to congratulate Rasel Chowdhury on winning the Ian Parry Scholarship 2011.
The level of entries we have received again this year was higher and more focused than ever
before. Our judging is done as a process of elimination, so portfolios are removed from each
round depending on their strength as potential winner. The final round of portfolios from
Institutions like Pathshala, Danish School of Journalism, LCC, Westminster, Ohio, Falmouth
and Leiden University, showed such flair and extraordinary vision that the judges found it
difficult to select just 3 finalists.
The judges felt that the over all winner had to be Rasel Chowdhury from Bangladesh for this
series called Desperate Urbanization. His landscape images are concerned with the
pollution of the Burigonga River, Dhaka. There are 700 brickfields and dockyards functioning
on its riverbanks and tannery chemicals, human waste and industrial chemicals flow directly
into the river. This constant source of pollution has created a breeding ground for diseases
such as Malaria, Filariasis and Dengu Hemoragi fever causing serious health problems
along the banks of the river. Low-income inhabitants are the worse affected, with little
access to safe drinking water and proper sanitation. ?I have an intrinsic relationship with this
city and river as I spent most of my life in and around them? says Rasel of his series.
We would like to thank our judges for their clear decision-making and expertise: Don
McCullin Patron / Tom Stoddart Trustee / Kate Edwards Guardian Weekend / Alixandra
Fazzina Noor / Jon Jones & Stephen Reid Sunday Times magazine / Charles Parry Ian?s
brother.
?Rasel?s conceptual approach and the desaturation of his images works well to produce a
very different view of Dhaka, which is intriguing and interesting. What really comes across is
his knowledge of the area and his subject. There is a consistent distance in the images and
yet every now and again you see figures interacting with the landscape, it moves from
pollution to shipbuilding ? Kate Edwards, Guardian Weekend Photography Editor
Save The Children are again sponsoring the award by offering one of the finalists an all
expenses paid assignment under the management of Rachel Palmer, Film and Photography
Manager and in addition to this, the World Press Photo automatically accepts the winner
onto its final list of nominees for the Joop Swart Masterclass in Amsterdam. This is a
significant prize for any photographer and continued with the support of Canon Europe &
Sunday Times magazine, which publishes all the finalist?s work; the scholarship provides an
excellent launch into a professional career in photography.
Once again our extremely well attended exhibition will be held at the Getty Images Gallery /
46 East Castle Street, London, W1W 8DX telephone: +44 (0) 207 291 5380 from the 17th
August for two weeks.
For further information, interviews or images please contact Rebecca McClelland Deputy
Director Ian Parry Scholarship at rebecca@ianparry.org and visit www.ianparry.org 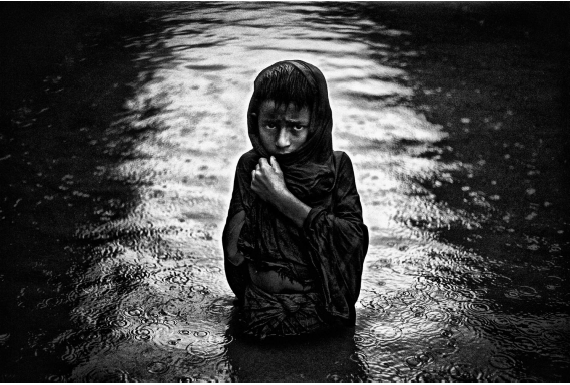