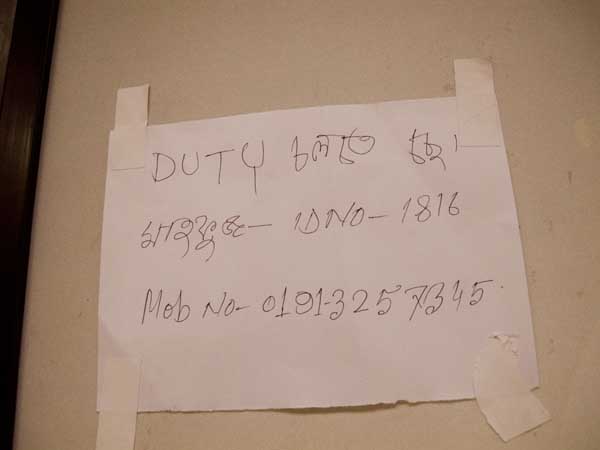 The journey continued. A young Indian man, also a passenger, joined me. The GMG office along the way was closed. ?There is one round the corner,? said a man in the corridor. ?That flight?s been closed for 4-5 months? said Mr. Anwar when we finally found a GMG office that was open. Both he and his colleagues were very helpful. ?We?ll endorse your ticket and make sure you get there,? they said. ?We don?t get passengers. There were a few flights during Durga Puja, but otherwise we don?t operate this route. Please get your ticket and we?ll arrange something.? So with my dud arm in sling and my young friend in tow, off I went.
END_OF_DOCUMENT_TOKEN_TO_BE_REPLACED