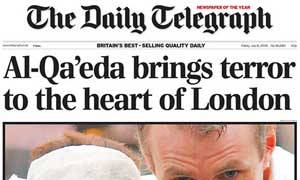 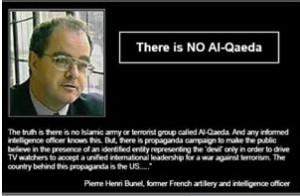 It was seven years ago this July 7th, but deep suspicions still remain.  That, the public have not been told as to what really occurred on that day when 56 people were killed and several hundred injured in four bombings, three on London underground trains before 9 am, and the fourth, an hour later, on a bus.
Initial media reports, as Tom Secker — British writer, researcher and filmmaker who specialises in terrorism, the security services and declassified history — points out, were “extremely confused.” Eight explosions had occurred on the underground, these were blamed on electrical power surges. Another three explosions were reported to have occurred, on buses. These initial reports later evolved “somehow” into a story of four explosions caused by suicide bombers (see Secker’s seven minute documentary released this July, “7/7 in 7 Minutes: Unanswered Questions“, available on YouTube).
Other skeptics point fingers at the government’s reluctance to conduct a public inquiry into the events. Strange, they say, given that disasters such as train accidents are investigated (as they should be), while the bombings, despite having been one of the “worst terrorist attacks” in Britain’s history, was not considered to be worthy of a public inquiry. END_OF_DOCUMENT_TOKEN_TO_BE_REPLACED