Some dead children are mourned; others are dehumanised

By George Monbiot, published in the Guardian 17th December 2012

?Mere words cannot match the depths of your sorrow, nor can they heal your wounded hearts ? These tragedies must end. And to end them, we must change.? Every parent can connect with what Barack Obama said about the murder of 20 children in Newtown, Connecticut. There can scarcely be a person on earth with access to the media who is untouched by the grief of the people of that town.
It must follow that what applies to the children murdered there by a deranged young man also applies to the children murdered in Pakistan by a sombre American president. These children are just as important, just as real, just as deserving of the world?s concern. Yet there are no presidential speeches or presidential tears for them; no pictures on the front pages of the world?s newspapers; no interviews with grieving relatives; no minute analysis of what happened and why. END_OF_DOCUMENT_TOKEN_TO_BE_REPLACED 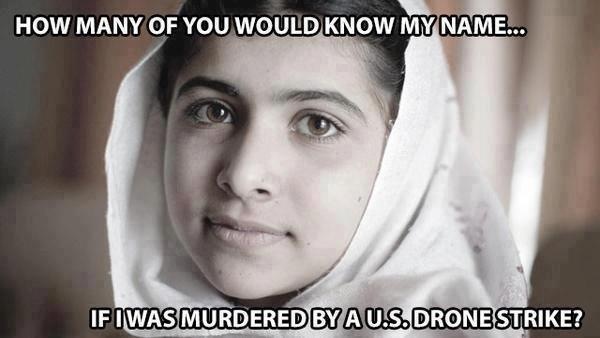 The truth is, conspiracies sometimes do occur.

`Bangladeshis love conspiracy theories’ was a comment I came across in foreign news reports, news analyses and blog talk soon after the BDR rebellion. Somewhat piqued, I thought, surely that’s not something essentially Bangladeshi? And, surely not more than the Bush administration?

Nagging disbelief about many aspects of the official story has seen the rise of a movement, initially grassroots, but later joined by professionals — pilots, architects, engineers, scientists, firefighters, lawyers, medical professionals, former intelligence officers including FBI and CIA whistleblowers, politicians — that has come to be known as the 9/11 Truth Movement, extending from America to Europe, and beyond. Its members have raised hard-nosed questions based on rigorous and meticuluously detailed research, serving to sideline the crackpots, and to turn it into a serious community of truth-seekers, seeking to expose the official lies and cover-up surrounding the events of September 11th, 2001. And, seeking justice and redress for those wronged on September 11th, or as a result of those events. One of its central demands is the complete disclosure of all records and evidence.

The mainstream press, both in the US and in other western countries, generally refer to the members of the movement, as conspiracy theorists. Matthew Rothschild, in Enough of the 9/11 Conspiracies, Already writes, “Here’s what the conspiracists believe: 9/11 was an inside job. Members of the Bush administration ordered it, not Osama bin Laden. Arab hijackers may not have done the deed. The Twin Towers fell not because of the impact of the airplanes and the ensuing fires but because of explosives. I’m amazed at how many people give credence to these theories.” (September 2006).

But, as Dr David Ray Griffin, professor of philosophy of religion and theology, and a renowned author of a series of eye-opening books on 9/11 (The New Pearl Harbour: Disturbing Questions about the Bush Administration and 9/11, 2004; The 9/11 Commission Report: Omissions And Distortions, 2004) points out, many journalists avoid `getting empirical’ about 9/11. Professor Griffin, in a televised lecture available on YouTube says, what Matthew Rothschild should have added, was: `Here’s what the government conspiracists believe: 19 hijackers with knives and box cutters defeated the most sophisticated defense system in history. Hani Hanjour, who could barely fly a Piper Cub, flew an astounding trajectory to crash Flight 77 into the Pentagon, the most well-protected building on the planet. Other hijacker pilots, by flying planes into two buildings of the World Trade Centre, caused three of them to collapse at virtually free-fall speed, straight down. I’m amazed at how many people give credence to these theories.’

Professor Paul Zarembka (State University of New York, Buffalo, editor of The Hidden History of 9-11-2001, publ. 2006) also dismisses the official account, he calls it `absurd.’ If you just relaxed and dreamed it up no one would believe that the US could be taken out by 19 hijackers. If this had happened in Russia, we would have laughed it out. We wouldn’t have believed that they would let it happen. I don’t know exactly who did it but the evidence points that it was done internally.

But, Michael Keefer, professor of English at the University of Guelph, Ontario says, disbelieving the official account is taboo. And it is so, because of the people’s contract, the implicit contract that they [western peoples] have with their governments. Namely, that the government will kill others, and not us. That it will not turn against us. Or, in the words of a young protester at one of the 9/11 Truth Movement rallies that I watched on YouTube, In the US, the people are convinced that the government loves them. But if it was, say Russia, if you say something bad about the government, people are likely to listen to what you have to say.

Andreas von Bulow, former German defense minister (in Helmut Schmidt’s government), finds the official account `totally incredible’. Convinced that it was a covert operation, Bulow argues, `It was a highly sophisticated operation. Who [else] was capable of doing it? It was not possible for a non-inside force, to do it.’ And the reasons? To influence and brainwash the American people into a “long, long, ongoing conflict with the Muslim world,” to get “the last oil reserves which we need for the next decades before the oil age” goes out. But, how could a government, one that leads the world’s most powerful democracy, entertain the idea, let alone carry it out, of doing something as heinous, as immoral, and well, outright murderous? Bulow’s words are chillingly clear, `It’s a form of war. In war, it’s acceptable for people to die, even on your own side.”

But could so large an operation, one that must have involved hundreds, if not thousands of people, remain a secret? Professor Griffins offers an interesting instance from history. The Manhattan project to build nuclear bomb involved 100,000 workers, it was kept so secret that even vice-president Harry Truman didn’t know about it until he became president.?

`Cui Bono?’ is the question that any good investigator asks after a crime has been committed. In other words, who benefited from 9/11??
The answers, 9/11 truth-seekers claim, are contained in `Rebuilding America’s Defenses. Strategy, Forces and Resources for a New Century’, a PNAC (Project for the New American Century) document drafted by the US military machine’s think-tank. `This is about control of middle-eastern oil,’ says Meacher. `It indicates that America is aiming for global leadership both militarily and economically and what it says, is, I think, chilling. It says if we are going to transform America to tomorrow’s dominant force, that’s their phrase, then it’s going to be a long process. Unless there is a catastrophic and catalysing event — like a new Pearl Harbour.’
And, 9/11 took place 12 months later.
Who benefited? As many 9/11 truth-seekers point out, Iraq didn’t, nor did Saddam Hussein, nor al-Qaeda, nor any of the Arab countries. But Larry Silverstein did. He had acquired the lease of the WTC complex a few weeks before 9/11, had re-worked the insurance policy to cover terrorist attacks, and after what is known as `Twin Tower’, received $7 billion in compensation. For an original investment worth $15 million only! So did those who took part in insider trading on the stocks of parent companies of American Airlines (AMR) and United Airlines (UAL), bringing in profits running to millions, possibly, as high as a billion dollars. And, the PNAC group, did. As did Dick Cheney (Halliburton), the arms industry (`there’s nothing better for the arms industry than a war’), the Bush family (Carlyle group), US oil companies (the oil pipeline from the Caspian oil fields to Afghanistan was signed the day after Karzai was installed), the US government (provided it with the excuse to pursue its goal of a new world order by means of war).

The 9/11 Commission: neither structurally nor procedurally independent

President Bush resisted forming an investigatory commission for a year. The 9/11 Commission that was subsequently formed was, despite its stated intention, neither `independent’, nor `impartial’, nor `thorough’. Bryan Sacks (a contributor to The Hidden History of 9/11) writes, it was structurally compomised by bias-inducing connections to subjects of the investigation (for instance, its executive director Philip Zelikow worked closely with Condoleeza Rice, was also her co-author). It was also procedurally compromised, on three counts. It failed to take up promising lines of inquiry, to force the release of key documents that were closely guarded by the Bush administration, the FBI and various intelligence sources. It distorted information about pre-9/11 military preparedness, foreknowledge of the attacks or similar attacks. It omitted information related to the funding of the plot and the specific whereabouts of key officials (foremost among them, vice-president Dick Cheney) on the morning of September 11, 2001.

These two key features, writes Sacks, converged to produce a report that unquestioningly accepted the official version that left unchallenged key myths associated with American exceptionalism (`the US government loves its people,’ `it would not conspire against them’).

The new US administration led by Barack Obama speaks of change. Will the change be substantive? Nafeez Mosaddeq Ahmed, who has done ground-breaking research on 9/11, thinks not. Obama’s arrival is “set to rehabilitate American hegemony and restore some sense of credibility and even respectability to US military and financial power” in the context of Bush administration’s trampling of? “any semblance of half-decent PR” during the last eight years. And even though Hillary Clinton, US Secretary of State recently said that the use of the phrase `war on terror’ was to be discontinued, Obama’s formal request to Congress for $83.4 billion in ?emergency? supplemental funding to pay for the continuation of the wars in Iraq and Afghanistan, and his words to students in Strasbourg, “those terrorists are still plotting today. And there — if there is another al Qaeda attack, it is just as likely, if not more, that it will be here in Europe, in a European city,” sound ominous to my ears. ?

Although our Commerce Minister, who is also coordinator of the investigations into the BDR rebellion has become more reticent recently, no longer chattering about the alleged mutineers links to Islamic militants, and the JMB, the incidents of custodial deaths, and allegations of torture cast doubts on the credibility of the evidence that is being gathered. One can only hope that the government will learn its lessons from the 9/11 Truth Movement, and that its investigative committee will not produce a report that is neither `independent’, nor `impartial’, nor `thorough’.