The initiative of linking ‘governments and economies in Europe and North America amid the Cold War’ ? characterised as ‘an Aristocracy of purpose’ by Hatton in The Rape of the Constitution ? which brought together members of the ruling elite from either side of the Atlantic to Bilderberg meetings, was racial.
‘This conference wishes to explore a number of issues of great importance for Western civilization and is intended to stimulate mutual understanding and goodwill through a free exchange of views,’ said the invitation with a letterhead from the Soestdijk Palace. Signed by the Prince Consort of the Netherlands, Bernard zur Lippe-Biesterfeld, it requested invitees to attend the first-ever Bilderberg meeting (‘an informal International Conference’) to be held in Oosterbeek, Netherlands from May 29 to 31, 1954. Seventy personalities from 12 countries (11 west European ones, and the US) obliged.
As Thiery Meyssan rightly points out (Voltaire Network, May 9, 2011), it was the Cold War which determined that the issues of great importance for Western civilization ‘revolved around the struggles for communism’, but a distinct racial element, intertwined with Europe’s colonial powers and privileges (‘the white man’s burden’) was present. A sense of loss (of the white man’s purpose?) is palpable in the writings of Joseph Retinger, one of Bilderberg’s European founders, as he witnesses Europe’s colonies slip away around the mid-20th century: ‘The end of the period during which the white man spread his activities over the whole globe saw the Continent itself undergoing a process of internal disruption… there are no big powers left in continental Europe…? [whose] inhabitants after all, represent the most valuable human element in the world’ (The European Continent 1946).
Political independence and freedom for Asians and Africans was apparently ‘disruptive’ for European colonisers, who, in Retinger’s view, were infinitely more ‘valuable’ than the lesser humans who overthrew their rule.
European power needed to be re-created in a world where political de-colonisation had begun, where the white man’s rule was ending. To re-fashion ‘big power’ status — the white man’s ‘purpose’ –? it was necessary to integrate Europe. Nationalism stood in the way, admitted as much by Prince Bernhard, ‘It is difficult to re-educate people who have been brought up on nationalism to the idea of relinquishing part of their sovereignty to a supra-national body.’ European politicians had ‘failed’ in integrating Europe, said Fiat (Italian)’s head Giovanni Agnelli, adding assertively, ‘we, the old world elite intend to succeed’.
Leadership in this project was provided by sections of the wealthy and powerful elite of the New World (for that is how America was referred to after Columbus’ conquest). The nature of the project was further fleshed out by David Rockefeller, prominent in forming the Bilderberg Group on the American side, who argued at its June 1991 meeting in Baden-Baden, Germany, ‘The supranational sovereignty of an intellectual elite and world bankers? is surely preferable to the national auto determination practiced in past centuries.’
One of the main goals of the Bilderberg Group was to unify Europe into a European Union. But before turning to that, I think it makes sense to briefly go over, recapitulate as well, how journalists and scholars who have seriously researched the Bilderberg Group, view it.
It can be best understood, says Andrew Gavin Marshall (foreign policy strategist), as an ‘international think tank aimed at constructing consensus and entrenching ideology among the elite.’ Michael Peters (sociologist) argues in favor of viewing it as a ‘power-elite network and forum’ which acts as an arena for the ‘conduct of intra-capitalist and and inter-corporate strategic debates and long-range social planning, from which wider ‘democratic’ interference is carefully excluded.’ 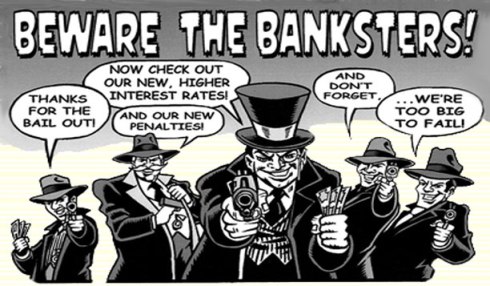 
Some clues about their ‘struggle’ can possibly be found in a speech ?delivered by Nigel Farage, British politician, who left the Conservative Party after the Maastricht Treaty was signed, who describes himself as a ‘libertarian’, is a leader of the UK Independence Party, and currently a member of the European Parliament. Farage who has previously been condemned by British and European parliamentarians for behaviour expressing ‘disloyalty and discourtesy to the Royal family’, for ‘personally insulting’ the president of the European Council, said this at Strasbourg recently:
“Here we are on the edge of a financial and social disaster and in the room today we have the four men who are supposed to be responsible…You are all in denial. By any objective measure the euro is a failure. And who exactly is responsible, who is in charge out of all you lot? The answer is none of you because none of you have been elected; none of you have any democratic legitimacy for the roles you currently hold within this crisis.
And into this vacuum, albeit reluctantly, has stepped Angela Merkel. And we are now living in a German-dominated Europe – something that the European project was actually supposed to stop…I don’t want to live in a German-dominated Europe and nor do the citizens of Europe.
But you guys have played a role, because when Mr Papandreou got up and used the word ‘referendum’…your friends here got together like a pack of hyenas, rounded on Papandreou, had him removed and replaced by a puppet Government… And not satisfied with that, you decided that Berlusconi had to go. So he was removed and replaced by Mr Monti, a former European Commissioner, [a Bilderberger], a fellow architect of this Euro disaster and a man who wasn’t even a member of parliament… You should all be held accountable for what you’ve done. You should all be fired…And I have to say, Mr Van Rompuy. Eighteen months ago when we first met…I said you would be the quiet assassin of nation states’ democracy, but not anymore, you are rather noisy about it aren’t you. You, an unelected man, went to Italy and said, ‘This is not the time for elections but the time for actions’. What in God’s name gives you the right to say that to the Italian people’ (November 16, 2011).
Crisis, said Dominique Strauss-Kahn, former chief of the IMF (who, according to latest news, has been implicated in an alleged prostitution ring at a luxury hotel in northern France) ‘is an opportunity.’ Bilderberg analysts think that the global economic crisis is being used to ‘advance the cause of global economic governance’.
Plans were announced for ‘implementing the creation of a new global currency to replace the US dollar’s role as the world reserve currency’ (April 2009 G20 Summit). Activating the ‘IMF’s power to create money’ to begin global quantitative easing implies ‘putting a de facto world currency into play’. One that is ‘outside the control of any sovereign body.’
If the Bilderberg Group represents the ‘high priests of globalisation’ then David Rockefeller is the Pope (Marshall). An allegation? not inaccurate for, Rockefeller himself wrote in his book, Memoirs, ‘Some even believe we are part of a secret cabal working against the best interests of the United States, characterizing my family and me as internationalists, and of conspiring with others around the World to build a more integrated global political and economic structure ? one world, if you will. If that?s the charge, I stand guilty, and I am proud of it’ (2002).
As the Pope and arch-bishops of globalisation grow older — David Rockefeller is now in his mid-90s, with Lord Rothschild and the alleged war criminal Henry Kissinger? not too far behind — the Bilderberg Group seems to be growing impatient and accelerating its ‘genocidal agenda.’ But the ‘global political awakening’ that Zbigniew Brzezinski warned members of his ‘superclass’ of, seems to be spreading across the world.
Hopefully, this time, the disruption to big powers will be final.
Published in New Age, Wednesday November 23, 2011