For Artists and Performers, Britain Puts Out an Unwelcome Mat (New York Times) 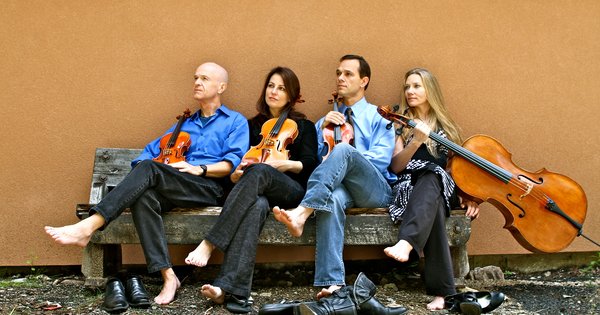 The system, intended to limit the influx of foreigners at a time of economic and security tensions, seems straightforward enough on paper. While some artists qualify for ?temporary worker? status, the rules are intended to ensure that those who make brief visits for exhibitions, festivals, readings and the like do not earn money or try to remain in the country. But they have proved so onerous and so open to subjective misreading that even people who have been coming to Britain for years are suddenly being refused entry.
?Artists and authors are being treated as if they are potential economic migrants or terrorists,? said Jonathan Heawood, director of the literary human-rights group English PEN, which has been pressing the government to loosen the rules. ?Essentially the government is trying to crowbar them into a system that wasn?t designed for them and that sees them as a threat and not a benefit.?
Recent victims of the system include the Russian-born, New York-residing beat poet Alex Galper, who was turned away when he planned to read for no fee at a charity event; the Georgian artist Gela Patashuri, who was commissioned to produce a work for a London gallery but whose visa was denied because the authorities said they were ?not satisfied? with his qualifications; and the renowned Iranian director Abbas Kiarostami, who canceled plans to direct ?Cos? Fan Tutte? at the English National Opera after his visa was granted and then withdrawn, and he was told to re-apply and to give his fingerprints again.
Britain is not the only Western country with tough borders. The United States has a notoriously arduous visa application system that has led to numerous well-publicized cases of artists and performers being refused entry.
But in Europe, Britain stands out for the strictness of its policies and the apparent inconsistencies in the way it enforces them.

In 2008 the government, under political pressure to curtail non-European immigration, introduced a tough points-based visa system. Artists and performers applying for temporary worker status now have to prove, among other things, that they have the equivalent of ?800 (about $1,250) in a bank and that it has been there for 90 consecutive days; pay nonrefundable application fees of hundreds of pounds; and find established arts organizations that can pay additional hefty fees, sponsor them and take responsibility for them while they are in Britain.
A separate category, for ?entertainers,? requires that applicants promise not to make money in Britain or perform ? even for no fee ? at for-profit events.
?We expect individuals to meet our entry requirements,? said a spokesman for the Home Office, speaking on condition that his name not be used, according to government policy. ?For too long immigration has been out of control, and this government is committed to having a system which benefits the best and the brightest but curbs the number of people who seek to abuse the system.?
But the rules are onerous and perplexing. Visa applicants are required to surrender their passports for weeks at a time ? a difficult proposition for people from, say, African countries without British consulates, who have to travel abroad and wait around while their cases are considered.
Tiny groups wanting to sponsor unknown artists often cannot afford the fees or meet the government?s definition of a bona fide organization. Artists without sponsors ? novelists or painters who want to spend some time producing their work in Britain, for instance ? are often unable to come unless they lie and say they are tourists.
There seems to be little consistency in whether or not applications are approved. The celebrated Indian musician Rajeswar Bhattacharya, for instance, has been coming to Britain annually since 1996 ? always receiving a visa ? to give workshops and perform. This year he was scheduled to take part in a festival celebrating the 150th anniversary of the birth of the Bengali poet and cultural ambassador Rabindranath Tagore. Mr. Bhattacharya?s application was all but identical to last year?s, but it was rejected. British officials ruled that because he planned to teach as well as perform ? something he has always done ? he would be working as a ?music teacher? and was ineligible.
The rules also stymie travelers coming for obscure but passionately attended events. The Argentine tango dancers Ismael Ludman and Maria Mondino, for instance, had hoped to dance, for no fee, for several dozen people at a village hall in Scotland, a brief stop in a European tour. Refused entry when officials questioned the nature of the event, they protested on the Web, posting a video of themselves tangoing at the airport.
The American photographer Alec Soth, meanwhile, ran into trouble when he told immigration officials he had been invited to take photographs to be displayed at the Brighton Photo Biennale. He finally got into the country after hours of interrogation ? but only after promising not to take photographs. (His 7-year-old daughter, traveling with him, took them instead.)


Even established artists at Springsteen-esque fame levels are required to obtain temporary worker visas if they come to Britain for paid engagements. While stars like Bruce Springsteen have managers and agents to handle such matters, this rule often trips up smaller-scale artists and performers from the United States and other countries whose citizens don?t need visas to enter Britain as tourists. ?They assume that because of the visa waiver program they?ll have no problem and so they just turn up,? said Robert Sharp, campaigns manager at English PEN. ?But then an official spots their tuba or their cello or their paintbrushes and says, ?You?re working, get back on the plane.? ?
Musicians say the mere sight of their instruments provokes instant skepticism at the border. Last year, arriving at Heathrow en route to Leeds, the American cellist Kristin Ostling was met by a wall of questions like: Do you intend to play that cello? And: No, really, who is paying you?
Ms. Ostling, a member of the Carpe Diem String Quartet in Ohio, explained that she had paid her own way and was performing free at an academic conference on the Russian composer Sergey Taneyev. But after eight hours Ms. Ostling (and her cello, which needs its own seat) were put on a plane and sent back to Chicago.
?Customs said to me that we should have advertised for anyone from the E.U. who was willing to play the music of Taneyev for nothing,? said Derek B. Scott, the head of the University of Leeds School of Music and the host of the conference, describing his subsequent conversations with the authorities.
Even as she was being sent back, Ms. Ostling?s three Carpe Diem colleagues flew to Heathrow to try their own luck at getting in.
Korine Fujiwara, the group?s viola player, sailed through. But officials mistrusted the motives of the violinists, John Ewing and Charles Wetherbee, and took them aside for extra questioning.
?He was trying to get us to admit we were there to work,? Mr. Ewing said of one official. ?He kept saying, ?Why do you have your violins?,? and we kept saying, ?We?re musicians.? He basically didn?t accept our story that we were going to an academic conference.?
Eventually they got through and made it to Leeds. But they could not play without Ms. Ostling.
Back in Chicago, meanwhile, with a passport reflecting her shameful new status as a British reject, a weary Ms. Ostling pleaded her case at the British consulate. And that was when the full incoherence of the system became clear.
?I said, ?Is there some kind of special visa that I should have?? ? she related. ?They said: ?No, we can?t give you a visa because you don?t need one. Immigration was wrong.? ?

One thought on “Britain puts out an unwelcome mat”