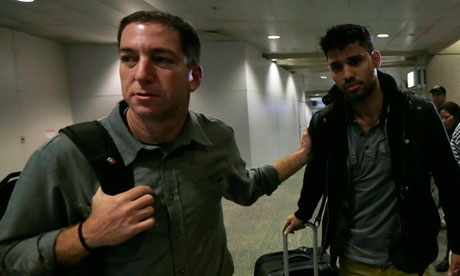 Whitehall was satisfied, but it felt like a peculiarly pointless piece of symbolism that understood nothing about the digital age. We will continue to do patient, painstaking reporting on the Snowden documents, we just won’t do it in London. The seizure of Miranda’s laptop, phones, hard drives and camera will similarly have no effect on Greenwald’s work.
The state that is building such a formidable apparatus of surveillance will do its best to prevent journalists from reporting on it. Most journalists can see that. But I wonder how many have truly understood the absolute threat to journalism implicit in the idea of total surveillance, when or if it comes ? and, increasingly, it looks like “when”.
We are not there yet, but it may not be long before it will be impossible for journalists to have confidential sources. Most reporting ? indeed, most human life in 2013 ? leaves too much of a digital fingerprint. Those colleagues who denigrate Snowden or say reporters should trust the state to know best (many of them in the UK, oddly, on the right) may one day have a cruel awakening. One day it will be their reporting, their cause, under attack. But at least reporters now know to stay away from Heathrow transit lounges.