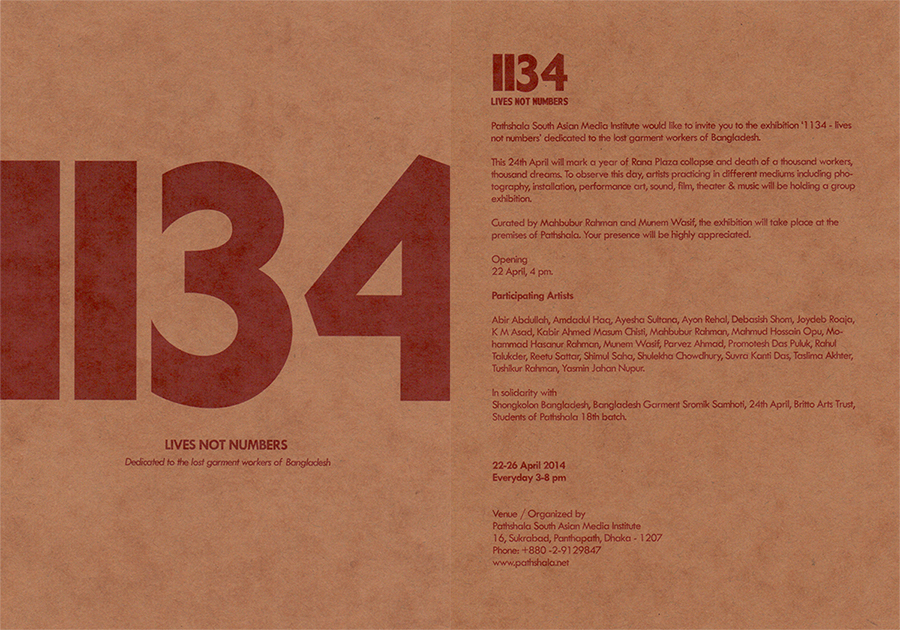 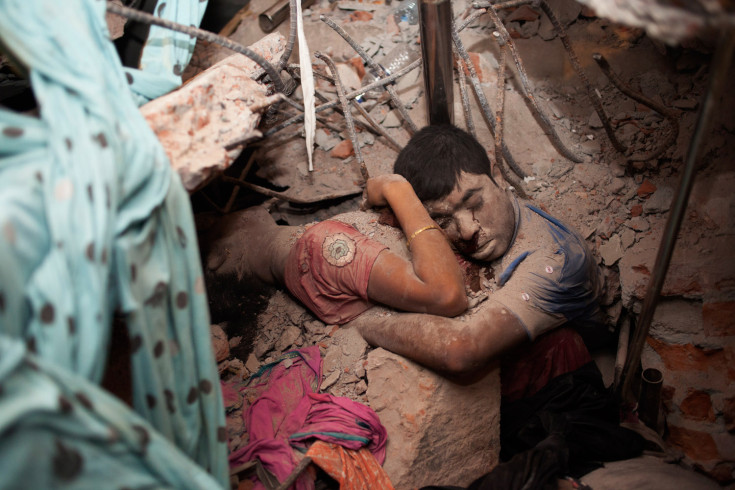 END_OF_DOCUMENT_TOKEN_TO_BE_REPLACED

A group exhibition dedicated to the lost garment workers of Bangladesh.

Still haunted by the memories. When I close my eyes I see the procession of corpses, following me behind, taunting my sense of responsibility. 24th April, 2013, Rana Plaza collapses, 1134 lost to senseless greed, lives lost due to collective negligence. A dark day in the history of garments workers lives, a nightmare which will terrorize us for the rest of our lives.? Amongst the rubble, hidden beneath the stones, beams and bricks, thousands of workers lie enveloped in darkness, their dreams crushed under the weight of our negligence.

END_OF_DOCUMENT_TOKEN_TO_BE_REPLACED

Taslima Akhter
Taslima Akhter. Savar Dhaka, Bangladesh. April 24, 2013.
April 24, 2013, still remains fresh in my memory. At 9 AM when I got the news, I rushed to Rana Plaza. That morning I did not understand what a brutal thing had happened, but within hours I grasped the enormity and horror of it. The day passed with many people helping survivors and taking photos. At midnight there were still many people. I saw the frightened eyes of the relatives. Some were crying. Some were looking for their loved ones. END_OF_DOCUMENT_TOKEN_TO_BE_REPLACED 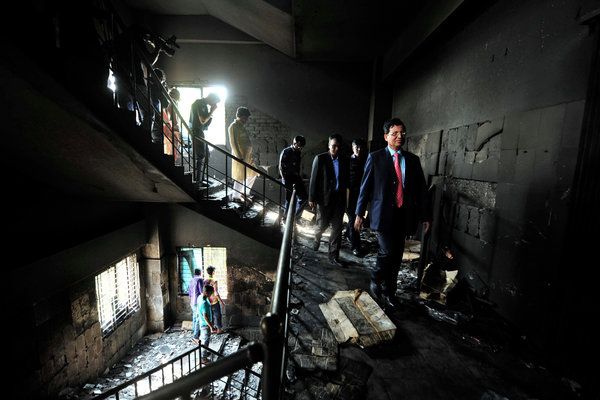 DHAKA, Bangladesh ? Inside Courtroom 21, the two judges peered down from high wooden chairs as lawyers in formal black robes presented their motions. Activists and victims watched from the back. And a few steps away, a portly man with a thick black beard remained silent. He was the suspect. He did not seem especially nervous. END_OF_DOCUMENT_TOKEN_TO_BE_REPLACED

An exhibition of observations, both witnessed and imagined of the Rana Plaza collapse.


24th April, 2013. 1127 garment workers perished in the collapse of Rana Plaza in Savar. Excluding natural disasters this is the single largest cause of death, post-independence. Hundreds of workers have been injured. Hundreds still missing.
The rescue operation at Rana Plaza continued for 21 days. The loved ones of the victims held their vigil without respite, twenty four hours a day, scrambling from Odhor Chondro Park to Enam Clinic, to the morgue and back. As tiring bodies wore down, they slept in nearby coffins. It is of course a tragedy of enormous proportions, but by calling it a tragedy, we are shielding the guilt. Making it appear as if no one was to blame. That this is the destiny of the poor and the downtrodden. Is that how it was?
The history of the garment industry in Bangladesh is littered with incidents of fire and collapsed buildings. 27 workers were trampled to death in Sharaka Garments in 1990, while trying to flee a fire. There have been many deaths since, some through faulty construction, some due to the absence of fire exits. The fire in Lucas Garments took away 10 lives in 1995. 14 died in Suntex Garments in 1996. 22 in Rahman and Rahman Garments in 1997. Another 27 in Tamanna Garments the same year. We lost 53 in Chowdhury Knitwear Limited in 2000. It is a longer list including the recent fire in Tazreen Fashions, with Rana Plaza being the latest addition.
Drik had invited photographers, activists and other artists to submit work and register their protest. Their observations, recorded and imagined, form the basis of this exhibition. Murder, not tragedy. ??
The exhibition?“Tragedi Noi Hottakando”?will be opened at Drik Gallery tomorrow Friday, 31 May 2013 at 5 pm. The exhibition will continue till 5 June 2013. Please get your friends, family and clients to come and voice their support. This cannot, must not, go on.

Reshma, who was spotted alive under the debris of collapsed Rana Plaza on Friday afternoon was pulled out safely and rushed to Combined Military Hospital (CMH).

She was miraculously located alive under the rubble after 16 days of the worst ever building collapse tragedy in Bangladesh?s history.
Earlier, rescuers found her after hearing a feeble voice under the debris. A rescuer from Bangladesh Army identified the woman as one ?Reshma?.
She has fought all odds to survive the catastrophe for 17 days, even as the rescuers had lost hope of finding anyone alive under the debris weeks ago.
The rescuer said they could talk to her. ?After being located she was given food, water and oxygen.? She was then pulled out alive.
After giving up hope of finding anyone alive under the wreckage, the rescuers had pressed heavy machinery to clear the debris on April 28.
But only the next day on April 29, the rescuers found one ?Shahina? alive under the debris. But she could not be rescued as she died in a fire that had broken out at the wreckage site a few hours after she was spotted.
The nine-storey commercial block, Rana Plaza, collapsed on Apr 24 leaving over a thousand people, mostly garment workers, dead.

WONG MAYE-E / APA Muslim priest leads a crowd in prayers offered to unclaimed bodies from the building that collapsed last week in preparation for a mass burial, May 1, 2013, in Dhaka, Bangladesh. END_OF_DOCUMENT_TOKEN_TO_BE_REPLACED

END_OF_DOCUMENT_TOKEN_TO_BE_REPLACED

BANGLADESH, my country, is again in tears. Last week in Savar, a suburb of Dhaka, the capital, a poorly constructed building that housed garment factories and other businesses collapsed. More than 300 have been confirmed dead, and the final death toll could well exceed 700. END_OF_DOCUMENT_TOKEN_TO_BE_REPLACED