I entered the giant graveyard. It was quiet except for my own footsteps but, in my head, I could hear the screams. Rows of blackened sewing machines, still in orderly lines, reinforced the sense that I was looking at tombstones. There were no flowers here. No epitaphs. No mourners.

A fire had raged through the Tazreen Fashions garment factory in Ashulia on 24 November 2012. Workers stationed on the building’s third and fourth floors had rushed to the exits, only to find them locked, a regular practice in many Bangladeshi garment factories. Fires and worker deaths were, sadly, all-too-common. The owners justified the locking of the doors as a ‘security measure’ but workers were effectively prisoners during working hours. As the heat and smoke built up, the panic-stricken labourers, who were unable to break down the iron gates, rushed to the windows and somehow managed to remove the metal grills. It was a long way down, but one by one they jumped. Some screamed with pain as they fell; others were silent. Each landed with a dull thud, their bodies crumpled on the uneven ground below. Possible death was still a better choice than certain death. And some did survive.

END_OF_DOCUMENT_TOKEN_TO_BE_REPLACED

I am Zonayed Saki. I am the chief coordinator of Gonosamhati Andolon.
Gonosamhati Andolon is a political party in Bangladesh working for the rights of people.
You all know that in Bangladesh on the 30th December 2018, the election that took place was a vote robbery.
There has never before been an election like this in Bangladesh. Most ballots were stamped the previous night, and they filled up the ballot boxes.
And the entire state machinery was used towards this vote robbery.
There has never been a previous instance where this has happened in Bangladesh, because the Prime Minister had, prior to the election, had discussions with all political parties of Bangladesh. END_OF_DOCUMENT_TOKEN_TO_BE_REPLACED

Forty-four eminent citizens on Monday in a statement protested against the police raid on New Age office in the capital on December 28, 2014.

?The operation was not a stray incident, rather it was done in a planned manner to frighten news media as the part of continuing repression on citizen rights,? they said in the statement.

The statement read, ?Without giving any reason, such a police action was serious threat to the objective journalism and the freedom of press.?

It said, ?We also assume that the operation not only targeted a courageous and outspoken editor and his daily but also posed alarming message to the freedom of expression and citizen rights.?
They also demanded punishment of the police officials for the ?censurable incident.?
?We also demand the responsible authorities must apologise for the incident,? they said.

On December 28, 2014, a group of police led by Tejgaon industrial police station officer-in-charge Salahuddin stormed New Age premises in the peak hours of the newspaper at about 8:25pm without giving any reason.

Salahuddin said that he had ?information of serious nature? for which they needed to search the newspaper office.?He also threatened the newsmen saying that they would need to face dire consequences.


Moshrefa Mishu, president, Garments Sromik Oikko Forum, who was leading the fast-unto-death hunger strike of Tuba Group workers demanding 3 months arrear wages, festival allowance & overtime since July 28 was picked up by police today post-midday. She is being held by Detective Branch police at Minto Road. There is concern for her safety as?she has been remanded (Bangladeshi euphemism for police torture) earlier, and has narrowly escaped attempts on her life. Please raise your voice to demand her immediate release, and immediate payment of all workers’ dues.

Yesterday the 6th August, police and government goons carried out an unprovoked attack on garment workers and activists.

More?Photos at Tuba Garments
Related links:
Earlier updates on Mishu by Rahnuma Ahmed
Statement of protest for earlier arrest of Mishu
Earlier hospitalisation of Mishu after being beaten?by police

Left: Still photo from a video of the May 15 protest at Children’s Place. Right: Photo from @snufftastic Twitter account.Rumors have flown for many years that DC police routinely infiltrate and spy on the frequent protests in the nation?s Capitol. But until now, activists have never been able to identify a specific undercover cop at a protest. Now, after months of piecing together evidence, attorneys Jeffrey Light and Sean Canavan working with?United Students Against Sweatshop?(USAS) have confirmed that under an assumed name, Metro police officer Nicole Rizzi has participated in USAS protests against companies doing business in Bangladesh who refuse to sign the?Accord on Fire and Building Safety in Bangladesh?following the death of as many as 1,129 workers in the?Rana Plaza factory collapse. END_OF_DOCUMENT_TOKEN_TO_BE_REPLACED 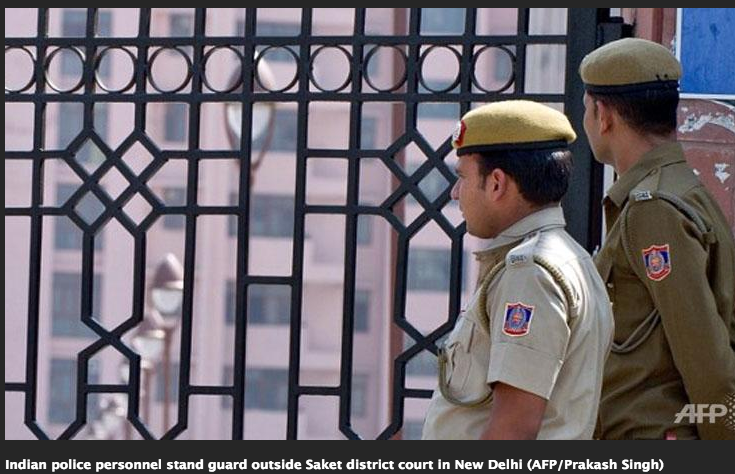 By KEITH GLADDIS
Link showing video of shooting and protest (graphic content)
Police in South Africa say 34 miners were killed and another 78 injured when officers fired at strikers armed with ‘dangerous weapons’.
Police chief Mangwashi Victoria Phiyega told a press conference today that her officers acted to protect themselves when miners armed with spears and machetes charged towards them.
Shocking video of the incident emerged yesterday, showing police fire automatic weapons and handguns into the crowd of strikers for about a minute. Aftermath: South African protesters lie motionless on the ground as heavily armed police officers check them at the Lonmin Platinum Mine near Rustenburg, South Africa END_OF_DOCUMENT_TOKEN_TO_BE_REPLACED


In an earlier exclusive interview with Shahidul Alam of Drik, the former president, expressed his concern about the erosion of democracy and the return of military rule. END_OF_DOCUMENT_TOKEN_TO_BE_REPLACED

?When you had taught us in class that we should be fighters, we had never anticipated this.? Said Shahadat Parvez Anchal, senior photojournalist of the Bangla Daily Prothom Alo and former student of Pathshala. We were standing by the bed of his colleague Sajid Hossain, who lay with his leg in a plaster in cabin 416 at the Trauma Centre in Shyamoli. True. I had told them to be fighters in the cause of justice. To resist oppression, to uphold peoples? rights. That in doing so they would become targets of the police, was something we hadn?t considered. We should have done.


?Break the arms and legs of any journalist you see? had been the message of an Awami League minister in Satkhira way back in 2000. Even before he had made these inflammatory remarks in October, Awami League activists had brutally assaulted two journalists in the space of a week. Three other journalists had been murdered in the area. Not only had Sheikh Hasina failed to prosecute these violent attacks, she appeared to be actively encouraging the perpetrators. END_OF_DOCUMENT_TOKEN_TO_BE_REPLACED

The government was hell bent on preventing the opposition rally. Trains, buses and launches were all stopped. Ordinary passengers were beaten up and prevented from off loading at stations and ferrys. The police were out in full force in the city, checking on people to make sure they were not opposition supporters heading for the rally.
END_OF_DOCUMENT_TOKEN_TO_BE_REPLACED