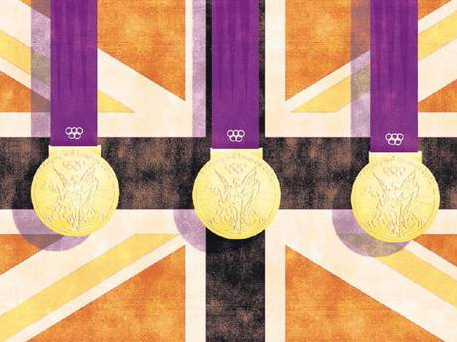 Jesus! More multicultural crap! More bleedin’ foreigners winning our medals! Even cheering with indecent enthusiasm for Team GB! Who the hell do they think they are? And what the hell happened to this great nation? Tory MP Aidan Burley, an immigrant from New Zealand, dissed Danny Boyle’s inclusive opening ceremony in a tweet. By now he must be spitting his (probably whitened) teeth. So too the risible journos who’ve been whinging about “plastic Brits” in the team, an obnoxious term invented for competitors not born in the UK. Like the South African Zola Budd, a white athlete who, during Apartheid, was given British nationality so she could run for Britain. The Daily Mail made it all happen for that “plastic Brit”. But today intolerant right-wingers question the motives of non-indigenous sportspeople and are furious they have been chosen to represent the UK. END_OF_DOCUMENT_TOKEN_TO_BE_REPLACED