Skip to content
The black night of March 25, 1971 when the Pakistani occupation forces kicked off one of the worst genocides in history that led to a nine-month war for the independence of Bangladesh in 1971.
On this black night in the nation?s history, the Pakistani military rulers launched ?Operation Searchlight?, killing some thousand people in that night?s crackdown alone.?As part of the operation, tanks rolled out of Dhaka cantonment and a sleeping city woke up to the rattles of gunfire as the Pakistan army attacked the halls at Dhaka University, the then East Pakistan Rifles (now Border Guard Bangladesh) headquarters and Rajarbagh Police Lines, killing the several thousand unarmed Bengalis on the single night. The planned and designated centres of offensive operations under that plan were Dhaka, Khulna, Chittagong, Comilla, Jessore, Rajshahi, Rangpur, Saidpur and Sylhet? areas, where West Pakistani army units were concentrated. END_OF_DOCUMENT_TOKEN_TO_BE_REPLACED

The opposition enforced countrywide shutdown protesting against the latest hike in fuel oil prices began on Sunday amidst tight security necessiated by incidents of explosions and vandalism yesterday evening.


The government on Thursday increased prices of octane, diesel, petrol and kerosene for the fifth time in four years, despite a threat by the opposition alliance to enforce a strike within a day of the hike.

Incidentally, the shutdown has come on a day when the ruling Awami League led coalition completes four years in office.

By Monirul Alam/The Daily Prothom Alo
Text: bdnews24.com
Police on Sunday foiled an attempt by the demonstrators of various left organisations to besiege the Ministry of Energy in protest against the hike in energy prices.
Witnesses said at least three activists were injured when police charged batons at them.
Communist Party of Bangladesh (CPB), Socialist Party of Bangladesh (SPB) and Gonotantrik Baam Morcha activists attempted to march towards the ministry from the Press Club area at around 11am, but the police blocked the roads by placing barricades at the secretariat-press club link road.
Protestors attempted to break through but the police charged batons and lobbed tear gas shells to dispersed them. 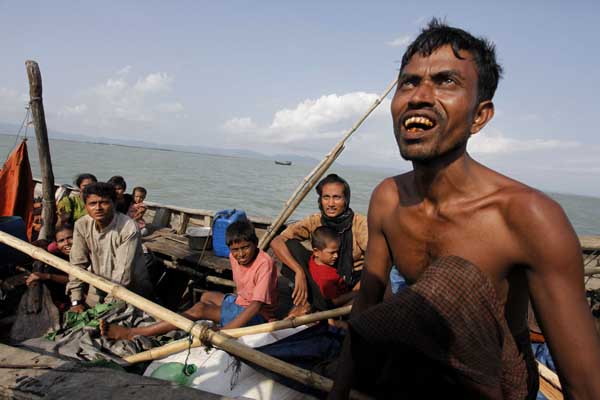