From the Exhibition Dhaka My Dreams, My Reality by Debashish Shom

To Debasish Shom, photography is the interpretation of a state of mind. He believes the physiological and emotional thoughts of the mind influence images greatly, and photographs act as a medium to unravel and express these thoughts.
A Bangladeshi photographer, Debasish Shom is a graduate from Pathshala South Asian Media Academy. Since childhood, Shom has always felt the need for a medium to aptly convey his emotions. When he graduated from university, he began taking interest in pictures and got admitted to Pathshala. Unlike many who have grown up with photographs, Shom?s first exposure of the art came through the institution.

Soon, photographs and stories were beginning to take shape. His exhibition ?at Chobi Mela VI, ?Dhaka: My Dreams, My Reality? at the Drik Open Air Gallery is on till 3 February 2011.? It?embodies the psychosomatic war between his dreams and reality. He portrays how a person under the influence of drugs perceives his space in the bustling city of the rat race. There is a sense of isolation, illusion, depression and emptiness everywhere that largely contradicts what one knows Dhaka city to be.
?When I photograph, I always try to redefine my space. What is seen and experienced is reconstructed and a contradiction created. That is how I feel I am most involved with space and matter.?

From the exhibition Dhaka My Dreams, My Reality by Debashish Shom

The exhibit encapsulates complex struggles into simple photographs that strike the viewers almost instantaneously. They are powerful and potent, providing an?indiscreet?insight into undiscovered realities. To interpret the mind?s transition and turmoil is exciting and difficult at the same time, and Shom has rather effortlessly captured it in his frames.
Shom has held exhibitions at Drik Gallery Bangladesh and Kiyosato Museum of Arts in Japan. His work was also showcased in Chobi Mela IV. As a successful artist, would Shom recommend a career in photography to others?
?If someone is passionate, I believe a career can be built through photography. There is a lot of opportunity in commercial photography that can be approached alongside documentary photography. I only speak from my experiences, and I still believe I can make it as a photographer. However, it is important rethink carefully before making up one?s mind in this field. There is a lot of hard work involved.?
With the rampant growth of digital technology, the field of photography has become increasingly competitive over the past few years. There are more people taking pictures now.
?I think it?s great so many people are taking pictures. It makes them value pictures. Photographs then become significant in their lives and they can appreciate the art better.?
Debasish Shom currently works for CANVAS ? a fashion and lifestyle magazine.
——–

I’m a cranky, over-excited and lazy 18-year-old. I can suddenly “spark out” creativity and sleep non-stop for 12 hours. I also am frustrated (and in good moods, amused) by my own life. You can know more about me at 18forlife.wordpress.com
View all posts by Sabhanaz Rashid Diya??

When one of Asia?s largest photography festivals, Chobi Mela, kicks off on Friday, it is expected to draw photographers from over 30 countries to a show that has turned an unlikely destination into an important stop on the international photography circuit over the last decade.
Photographers, many of whom are photojournalists, will be showcasing their work in multiple venues ? including on mobile rickshaw vans ? across Bangladesh?s capital city Dhaka for this year?s edition of the two-week festival.
Chobi Mela founder and director Shahidul Alam said the original idea behind the festival was to provide a platform for South Asian photographers to display their work and to connect with a global audience.


Mr. Alam said the festival is also about challenging the prevailing narrative on the history of photography, which he criticizes as heavily ?eurocentric.? Despite South Asia?s long-standing and vibrant photography scene, Mr. Alam said, ?It looks as though photography practice only happened in the West.?
Since it first started in 2000, the festival has grown in scope and size attracting internationally-acclaimed photographers and drawing around 200,000 visitors in recent years, according to figures provided by festival organizers.
This year?s theme??Dreams??may seem an odd choice for a festival known for photojournalism, which often captures harsh realities. Mr. Alam says there is no contradiction, pointing to the social vision that photography can convey.

Many of the artists who will be displaying their work at Chobi Mela?such as Britain?s Joanna Petrie and Karen Knorr, who?ll be showing works from her India Song series?frame dreams as conceptual fantasies. Others, including Dhaka-based Sayed Asif Mahmud and Spain?s Aitor Lara, capture them more as impressions of reality.
Many emerging talents from South Asia will be showcasing their work at this year?s edition, the festival?s sixth, including Bangladesh?s Munem Wasif and India?s Amit Mehra.
But Mr. Alam said Chobi Mela is not just about displaying works of art ? it?s also about creating a forum for photographers to engage in critical debate on the social role of their work.
With that in mind, running parallel to the 29 print exhibitions are a series of talks that include a video conference with International Criminal Court Prosecutor Luis Moreno-Ocampo. He is likely to address the role of photography in influencing public opinion on war crimes such as those allegedly committed during Bangladesh?s war of independence in 1971. A tribunal to try war crimes was set up in Bangladesh last year.
The violent struggle that led to the country?s independence from Pakistan in 1971 has been a running theme at Chobi Mela ? and the focus of its first edition.
?Not only was it so central to our existence, but the who?s who of photojournalism were in Bangladesh at the time,? said Mr. Alam.
Among them were French photographer Raymond Depardon, British photojournalist Don McCullin and American photographers like Mary Ellen Mark, and David Burnett, whose more recent work on Iran will be on display in Dhaka this year.
If you can?t be in Dhaka this weekend, you can still see the works that will be exhibited there through live streaming. And after Chobi Mela ends, the show will tour South Asia. Dates haven?t been set yet, but it?s expected to reach India in the fall.
Slideshow: A preview of Bangladesh?s Photo Festival.

Naib Uddin Ahmed was a pioneer of photography in Bangladesh. The book ?Bangladesh? he produced with his younger brother Nawazesh Ahmed provided the first pictorial documentation of the nation. While the more gregarious Nawazesh was more in the limelight, it was the quiet, more retrospective Naib Uddin who had made photography his profession. It was he who took the harrowing images of our liberation war. A war that had affected him so deeply that he gave up photography for many years. He returned to the craft to mentor younger photographers. Few Bangladeshis are aware that some of Zainul Abedin?s greatest artworks were inspired by Naib Uddin?s photography. 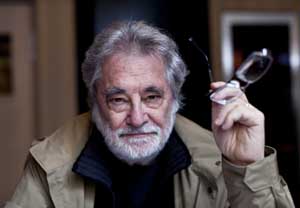 His contribution to contemporary photography as a creative photographer curator, editor, teacher and founder director of the renowned photography website ZoneZero, is unparalleled. Meyer brought out the first CD ROM in the world, ?I Photograph to Remember?, that had ?wall to wall? images synchronised with sound. Innovative throughout his life, Meyer?s Heresies Project of 2004 resulted in a completely novel approach to both exhibiting and publishing through a global collaborative effort. Through the Pedro Meyer Foundation, he has ensured that Mexico?s rich tradition of photography, one he helped to shape, will be passed on to the new generation. 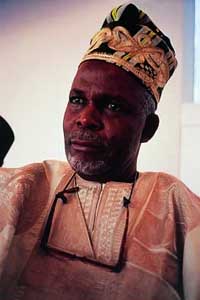 While the exotica of Africa has been documented by many, it is J. D. Okhai Ojeikere?s archives of Nigerian and African culture that give us an insight into everyday life and social patterns of the region in the 60s and allow us to make comparisons with today. His ?Hair Style? project, a record of over 1000 different hairstyles, started in 1968 and is invaluable in the study of cultural and ethnographic differences. When colonisation ended, he set up his own studio ?Foto Ojeikere? and became an active member of the Nigeria Art Council, organising a festival of visual and living arts. He has devoted his life to Nigerian culture ever since.
Chobi Mela Blog