Taslima Akhter
Taslima Akhter. Savar Dhaka, Bangladesh. April 24, 2013.
April 24, 2013, still remains fresh in my memory. At 9 AM when I got the news, I rushed to Rana Plaza. That morning I did not understand what a brutal thing had happened, but within hours I grasped the enormity and horror of it. The day passed with many people helping survivors and taking photos. At midnight there were still many people. I saw the frightened eyes of the relatives. Some were crying. Some were looking for their loved ones. END_OF_DOCUMENT_TOKEN_TO_BE_REPLACED 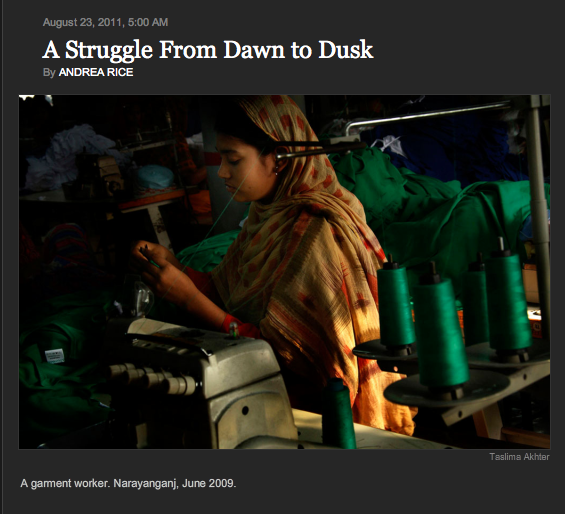