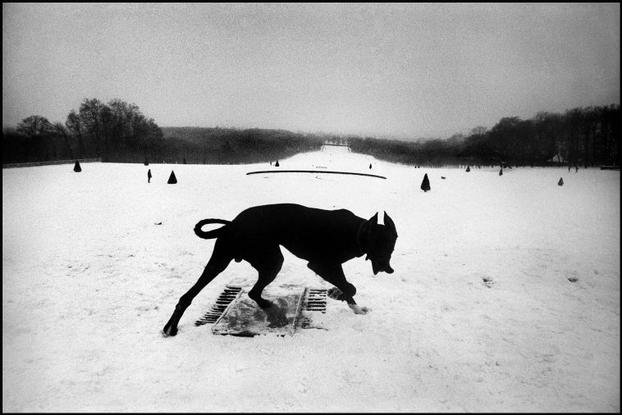 FRANCE. 1987 ? Josef Koudelka / Magnum Photos
To me,?Josef Koudelka?is one of the most brilliant photographers out there and a true master of black and white. Not only does his work carry a strong sense of composition, form, and geometry?but they also carry an emotional impact. His photos are raw, gritty, and show both the hope and melancholy of life. END_OF_DOCUMENT_TOKEN_TO_BE_REPLACED


Congratulations to the Official WINNERS of the IPA Street Photography Asia 2012 Contest!

We had over 1,500+ entries with over 4,500 images from all over Asia. 22 finalists were selected and these are the Official 2012 WINNERS. Jashim Salam from Bangladesh takes top Position and winner of our Grand Prize! Congratulations to all the finalists too. Big thanks to the judges and everyone who participated in this year?s contest. 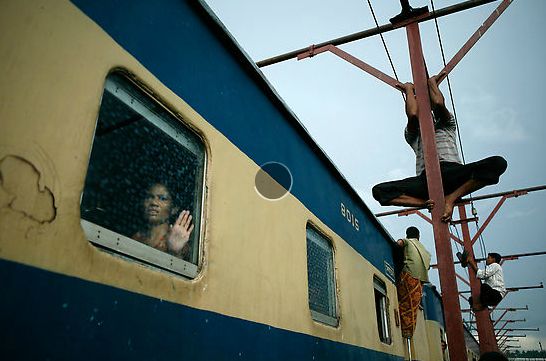 END_OF_DOCUMENT_TOKEN_TO_BE_REPLACED

The flower sellers and the popcorn venders were having a field day. The streets were jammed with traffic diverted from the University. Sales would be good.

A range of different modes of transport plying Dhaka streets, makes the city roads difficult to negotiate. ? Shahidul Alam/Drik/Majority World
Dhaka University turned into a cantonment,’ said Rahnuma’s text message. I was hurrying to the CMM court in Old Dhaka where the trial of the university teachers was taking place. As I pedaled through the gaps between cars, rickshaws, CNGs (gas run three wheelers) and thalagaris (push carts) I felt glad I was on a bicycle.

Dhaka University teachers leaving the CMM court in Old Dhaka. ? Shahidul Alam/Drik/Majority World
Ocassionally biking along the footpath, not strictly legal, I was slowed by the vending stalls and bus ticket counters that had sprung up. Legality was not such a big thing here.

Bus ticket sellers in New Elephant Road. ? Shahidul Alam/Drik/Majority
Last night, the guards had caught a guy stealing copper cabling. The thief was a “heroinchi”. They had roughed him up and let him go. Taking the guy to the police wouldn’t have helped. The police would have got richer and the guy would be out stealing again. People take law into their own hands. Bribes are common-place, violence is normalised, nepotism is ripe. Despite the rhetoric at the top, abuse of power is the order of the day. But there is a sub-text. It was wrong of the heroinchi to have stolen the cable, for me to have used the footpath, for the vendors to have taken over public pathways, for the policeman to have taken bribes. Except in my case, there were mitigating circumstances that made all of the other acts less of a crime. The heroinchi had his addiction to blame. The vendors had no other place to go, police salaries were impossible to live on. They might have found other solutions, but they broke the law instead. Unlawful, but not sinister.
I saw other things along the way. The policeman in Gulistan Mor puncturing the tyre of a rickshaw walla caught on a road reserved for cars.

A bus conductor uses a brush handle to beat off nearby rickshaws or other ‘low grade’ traffic. ? Shahidul Alam/Drik/Majority World
A policeman on Nawabpur Road, punching a rickshaw walla for some other reason. True, rickshaw wallas don’t always obey the law. But no policeman would have punctured the wheel of a car. No drug baron would ever be roughed up, no hotel owner would ever be shooed off his establishment.

Military microbus by ‘no parking’ sign near Rapa Plaza in Dhanmondi. ? Shahidul Alam/Drik/Majority World
Few police cars would ever pass a fitness test. The more swank olive green cars, parked illegally, would never be challenged. When power is flouted with such abandon, corruption seeps to all levels. Ordinary people are simply too small to challenge the system. The rule of law must apply to all if it is to work. When the ruling party cannot be challenged, when a military rank gives total authority, when being in power means laws no longer apply, the law of the streets becomes the law of the land.
Much has been said about the students’ protest on campus in August 2007. Little has been said about the cause of the incident. The military cannot occupy a university campus in a free land. It is the duty of any self-respecting student, of any citizen, to challenge such army presence. The arrogance of the soldiers might have aggravated the incident. Their long held belief that they are above the law, surely led to the brutality that followed. But the original crime was one of occupation. And occupation, wherever found, must be resisted.
Why should university students bow to injustice? What values can future citizens uphold having silently accepted the loss of their freedoms? How can a teacher teach knowing he has turned his back to wards being illegally victimised?

The back door of a prison van waiting outside CMM court. 21st January 2007. ? Shahidul Alam/Drik/Majority World
To convict and then provide presidential pardon, is an act of self-deification by the government. Those with less clout will continue to languish in jail. A dark and violent jail they should never have entered. If the judiciary be truly independent, then it should call to the docks those who ordered a military occupation of our university. It should bring to trial those who use emergency rule to torture our citizens and muzzle the media. It should penalise those who judge others without subjecting themselves to scrutiny. The rule of law is essential for society to live without fear. For it to apply, it must start at the top.