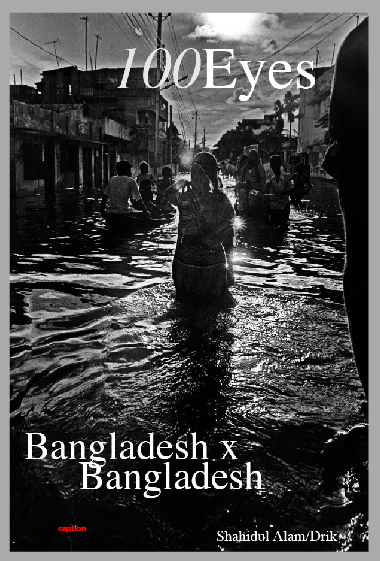 Official: ?You ought to have some papers to show who you are.?
Protagonist: ?I do not need any papers. I know who I am.?
Official: ?Maybe so. But others are also interested in who you are.?
— Kafkaesque journey of American sailor who has lost his identity papers, B. Traven, The Death Ship (tr. 1934)

A non-fraudulent voter list, `a priceless gift to the nation’

Praise was due. And it was given.
Ms Renata Dessallien, UN Resident Coordinator and UNDP Resident Representative, at a function marking the celebration of the successful completion of voter registration, organised by the Election Commission on July 22, spoke of it in glowing terms. It was “a truly historic achievement,” because never before “have so many people been electronically registered in such a short time” in any other country in the world. What was impressive was the immense scale of the undertaking, the accuracy of the list, the elimination of duplicate and fraudulent entries. “If there were a Nobel Prize for voter lists, Bangladesh would be the clear winner!”
The Chief Advisor Dr Fakhruddin Ahmed termed it a “milestone,” one that would enable not only the upcoming elections to be “free, fair and credible” but also, future ones, by setting high standards. The Chief Election Commissioner ATM Shamsul Huda, called it a “memorable event in the annals of country’s history.” At an earlier event, “Celebrating the Halfway Mark of Voter Registration” held in early March, the Chief of Army Staff General Moen U Ahmed had voiced hopes that it would “lay the foundation for building a meaningful democracy.”
A similar nationwide voter registration venture had failed in 1997 because the names and pictures of most people did not match, and many had failed to turn up to register at the appointed time. The nation, as a result, had been Tk 115 crore poorer. A proposed integrated project of Machine Readable Passports (MRP) and National Identity Cards (NID) in 2005 had been budgeted at Tk 1,400 crore. Its completion would take 5 years, the first year would be a “test” period. The 2006 voter list, prepared by the past EEC Justice MA Aziz for the 2007 elections had been faulty, it had registered an excess of 1.2 crore voters, leading to a political impasse that helped usher in the current military-backed Fakhruddin government.
In comparison to all previous efforts, the current effort has yielded a faultless voter list, one that is computerised, consisting of a data-base of 80 million 500 thousand 723 voters with photographs and fingerprints. It has cost only Tk 424 crore, one-third of the 2005 estimate, and has been successfully completed in a mere 11 months. The Election Commission was the sponsor and the coordinating agency, the Bangladesh army was the operational agency. Together they coordinated the huge logistics in a “very tight time frame”, as Major General Shafiqul Islam, Military Secretary, Bangladesh Army, said in an interview to find Biometrics, `we required 12,000 laptops to be deployed throughout the country, 8,000 printers, paper, toner, train a staff of 18,000 computer and enrollment personnel, in a situation where on an average data was collected on 300,000 to 400,000 people daily.’ The resulting electoral rolls, perhaps one of the largest electronic databases in the world, will definitely be the largest among developing countries.
A survey of the voter registration process funded by the UK Department for International Development (DFID) announced it to be of international standard, in the words of one of the consultants, “a list of quality no less than that of America or England.” The UN is said to be considering replicating this model in other developing countries.
The current voter list, as one of the national English dailies commented in its editorial, is “a priceless gift to the nation.”

The National ID Card, `an offshoot’

The EC project was titled the Preparation of Electoral Roll with Photographs and Facilitating the Issuance of National Identity (ID) Card. In the words of Mike DePasquale, Chief Executive Officer of BIO-Key International Inc, a US-based company which is a leader in finger-based biometric identification and wireless public safety, the NID was “an offshoot” of the voter registration project — a “co-operative venture” between BIO-Key in the US, Tiger IT in Bangladesh, and the Bangladesh army.
Brigadier General (Retired) Shahedul Anam Khan, a defence analyst, thinks the government did well to undertake both projects simultaneously. Up to a stage, “the modalities involved for the preparation of both” like basic data collection and cross checking, are similar. The ID Card was a “spin-off,” which, if it had been put off for later, would have cost more.
But, for people on the ground, the two were not as separable. M Sakhawat Hussain, one of the Election Commissioners, puts it in words closer to how we, as potential voters, experienced it, “No one will be listed as a voter without the registration of the name on the electoral roll and no one will get the national ID card.”
Advocates of e-government are also advocates of national ID cards, for instance Farooq Sobhan, M. Shafiullah and others write in a Study of eGovernment in Bangladesh (Bangladesh Enterprise Institute, April 2004), “Bangladesh should take active steps to initiate a project for national ID” because it will provide an important base for the provision of eGovernment services “efficiently and in a personalized way,” to citizens who will have unique ID numbers. I came across several Bangladeshi bloggers who seemed to hold similar views. According to one, it would be “a solution to many problems,” a national database would hold information from voter lists to tax records, it would make easier many tasks from machine-readable passports to criminal investigations. According to another, the digitisation of national-level information would make governance procedures “more scientific.”
The EC has drafted an ordinance making national ID cards mandatory for citizens, ?for getting any services from the government, its departments and institutions or from any statutory government offices.’ Twenty two services are listed, these include the issuance and renewal of passport, driving licence, trade licence, tax identification number, business identification number and bank account. It also states that nobody will get government subsidy facilities, allowance and relief if they do not have identity cards. Very recently, the council of advisors approved the formation of the National Identity Registration Authority Ordinance 2008. It authorises the home ministry to provide national ID cards. Under the proposed ordinance, the EC will hand over all information that has been collected — data and biometric features of the citizens — to NIRA, a statutory body. The ordinance declares false information, forgery, having more than one ID card a criminal offence, punishable by three months to seven years rigorous imprisonment, along with monetary fines.
That confusion exists among people in general — the beneficiaries of the national ID card — was revealed during the four city corporation and nine pouroshobha elections held recently. Voters had come to the polling centres with their national ID cards, and were confused over why the serial number of their ID cards did not tally with the voter serial numbers. This resulted in delays in vote casting, and in long queues. Voter identity cards had been given in the 90s, or torn-off slips containing registration numbers, and as a newspaper report states, during the recently-held local-level elections, the common perception had been that the `ID card was to be used for voting purposes.’ Reports say, polling officers had been similarly confused. M Shakhawat Hossain, Election Commissioner, blamed the media for publicising what in effect was a `national ID card’, as a `voter ID card’, even though, according to him, the EC had carried out a huge campaign to clarify the differences between the two.

The ‘largest biometric database in the world’

What is less public knowledge is that the four fingerprints of each voter that was captured with BIO-key’s fingerprint ID software, and FBI-certified fingerprint readers, has already generated over 300 Million ISO fingerprint templates. Combined with the 400 million projected to be generated, it will become by far the largest biometric deployment in the world.
Duplicate registrations are being accurately identified says Ziaur Rahman, Managing Director of Tiger IT BD Ltd. (Tiger IT), a company that is a leader in both prepackaged and customized software solutions and was BIO-Key’s “systems integrator on the ground,” at a speed of “one million matches per second on a single processor.” Tiger IT Bangladesh’s website provides further information on the national ID card (by the way, the domain tigeritbd.com was registered as recently as August 2007). The card includes a standard barcode which is encoded with ISO fingerprint templates, and PKI digital hash. These can be used to quickly verify the identity of the cardholder while ensuring the integrity and authenticity of the ID card. The Cognitec Facial Recognition Software has been used to capture facial images.
While Renata Dessallien enthuses over how “modern technology” enables the prevention of vote theft, and DePasquale prides on how BIO-Key’s patented technology is “performing better than anything else in the market for finger matching,” I have simple questions to ask: who owns my fingerprints? how will it be used? can NIRA transfer it to government departments within Bangladesh without my knowledge? or, maybe even outside the country’s borders? As the British government did when it passed more than 500 samples of DNA to foreign agencies, but when asked “no one seemed to know” to which countries.
The European Comission recently proposed the harmonisation of security features on passports across the European Union. The proposal, introduced in October 2007, requires Member States to take measures to introduce biometric features, including fingerprinting, on passports and travel documents. The fingerprints would be stored in a centralised database. The European Union Data Protection Supervisor, Peter Hustinx, who is in charge of safeguarding the personal data and the right to privacy of EU citizens, has expressed his concern since it fails to “adequately safeguard the right to privacy of EU citizens.” He says, the Commission failed to consult with his office prior to submitting the proposal, as required by EU law.
The current regime’s voter registration list has, in all probability, lessened the likelihood of fraudulent votes. But it also has, in all likelihood, laid the groundwork for installing a new regime of surveillance, one that will be deployed against the citizens of Bangladesh.
First published in New Age on Monday the 29th September 2009