Interview on 22nd February 2013, where he talks about the Shahbagh movement, his recent exhibition at Oitijjo in the South Bank in London and his upcoming exhibition on the disappearance of Kalpana Chakma.

Emaho caught up with celebrated French curator and photographer Christian Caujolle to see the view from his rarefied space.
Manik: It?s been more than 26 years roughly that you have started your career as a photo editor with Liberation and then you started curating; how has the journey and experience been so far?
Christian: I think that the first thing is that for different reasons the environment of photography and then the content?the aesthetics of photography radically changed. Let?s say that there are two main points which made those changes radical. One is the crisis of media business in printed paper and the second one is the invention of technology with the invention of development and coming of digital image. So the result in one way is a fact that the traditional media are in economic trouble but also may be conceptual trouble. As a consequence on what was the main or more visible area of photography from the 50s-80s, which was information, information with mostly photojournalism and part of documentary. That doesn?t means that photojournalism died, that means it?s no more at its top; that means that documentary photography, I will say in tradition which is an old tradition including from the beginning of 20th century when someone as Sander became more important than before in and after? there are big changes in the perception of photography with the development of the functionality of books, the exhibitions. END_OF_DOCUMENT_TOKEN_TO_BE_REPLACED

The Bangladeshi photographer on his art, politics and addressing inequalities
Shamik Bag?Mint

Updated:?Fri, Dec 21 2012. 06 13 PM IST
Q&A | Shahidul Alam
Our interview was interrupted when Shahidul Alam shifted to a new hotel in Kolkata since the British-era club where he was staying disallowed him from entering the dining area wearing his trademark sandals. Alam complained of colonial mindsets and moved out. Much of his career as a photographer and later founder of Dhaka-based photo agency Drik and the London-based organization Majority World is pivoted around his protests against prevalent Western biases and prejudices.

END_OF_DOCUMENT_TOKEN_TO_BE_REPLACED

Show:?The Afia Salam Show
Host:?Afia Salam
Topic:?Picture is worth a thousand words
Description:?While renowned Bangladeshi journalist, Shahidul Alam is not a man of few words, the storytelling he indulges in through his pictures are more powerful than words can be. Founder of DRIK photographic agency, he has traveled the world, and has worked for organizations like the National Geographic. However, it is work where he showcases the development challenges of the marginalized and under represented that have made him the persona of a teacher and an activist.
How do you think you can depict the problems of your area through photographs?
Do you think they will be a better medium than the words at expressing your thoughts?
Language:?Urdu

Reportage on Wahid Adnan and Bangladeshi photojournalism on French Radio.

Shahidul Alam on photography for change

Shahidul Alam walked on stage on Thursday wearing a marigold-colored salwar kameez, a camera over his left shoulder, and a beltpack slung around his hips. There was no mistaking his calling. The Bangladeshi photographer, activist and social entrepreneur has almost single-handedly rebalanced the world of photojournalism, long dominated by Western photographers and their worldview. He has shifted its lens eastward and southward by training legions of photographers in his homeland, creating an award-winning photo agency to sell their work and founding a prestigious international photography festival to showcase their talent. And this fall, he published a book,?My Journey as a Witness, telling the story of Bangladeshi photography as an instrument of social justice. He serves as an ambassador of this movement, in the words of PopTech?s executive director, Andrew Zolli, ?travelling the world leaving new cultures of art makers in his wake.? We sat down with Alam backstage in Camden, Maine. END_OF_DOCUMENT_TOKEN_TO_BE_REPLACED

Listen to the audio

Morning Edition [7 min 19 sec]
November 14, 2011
Steve Inskeep talks to Shahidul Alam, a former chemist who became a photographer because he was tired of seeing images of the developing world through the lens of Western photographers. He now runs an art gallery, a photo agency and a school of photojournalism in Bangladesh. He recently published a book of stunning photographs called My Journey as a Witness.
——————————————
Transcript:
STEVE INSKEEP, host: Twenty years ago, a cyclone devastated Bangladesh, and the photographer Shahidul Alam says he received a request for news photos from The New York Times. Mr. Alam says he argued successfully for different kinds of images to make the paper.
SHAHIDUL ALAM: They wanted bodies. They wanted destruction. They wanted to show the horror of the cyclone which was important, of course. But what is also important was the fact that people were rallying around to support each other; that farmers were replanting their seeds; that fishermen were going out into the sea; that human beings were trying to rebuild their lives.
INSKEEP: Alam says he wants to give the world a fuller image of poor countries like his. His new book of photos, called “My Journey as a Witness,” does not flinch from Bangladesh’s many problems. But his photos also seek to show the rich colors, the expressive faces, the very human lives of crowded places like the mega-city of Dhaka.
END_OF_DOCUMENT_TOKEN_TO_BE_REPLACED

The Bangladeshi photojournalist tells us about the power of images and offers some striking examples of the photographer as artist, witness or activist

What are your thoughts on the power of images as compared with the power of words?
They complement each other very well. We storytellers use whatever works. Where a picture makes a difference is that it?s much more difficult to block out a photograph, because of its immediacy. You can choose whether you read a body of text or not, or on which of many layers you interact with it, such as just the headline. You may decide how you interpret a photograph, but very rarely is there the option to not absorb it. Something as powerful as photography can be used and abused ? it can push people into war, it can be used as propaganda, and it can create racism.

My Journey as a Witness

Let?s start with your own book, My Journey as a Witness, which contains over 100 photographs. How would you describe it?
My book documents the journey of an activist as a photographer. I suppose it?s also a history book ? the photography movement in Bangladesh was immersed in its political struggles. I was on the streets during the protests against?General Ershad?s regime. There was repression and people were killed. When Ershad announced he was stepping down on 5 December 1990, it was a major public victory, because the people had brought down a very powerful general. It was a phenomenal thing to be part of and observe. The experience led to my career in photojournalism.
As a photographer I?m a very late starter. I come from a middle-class home, and most middle-class men in Bangladesh are expected to take on respectable professions. Photography doesn?t fall into that category. I?ve always been a very political animal. I wanted to play a role in working towards social equality, in my country and globally. The media seemed the most sensible place to do that.
Photojournalists in Bangladesh continue to face repression. Your own exhibition,?Crossfire, on extrajudicial killings was banned by the government on the basis that it would create ?anarchy?, and you received death threats. The closure was criticised by Amnesty International and later retracted. Do you believe photojournalists enjoy greater freedoms today than in the past?
I think the level of repression has increased in Bangladesh. It?s ironic, in the sense that we now live in a democracy ? to the extent that there are regular elections.
Your book also contains images of the English aristocracy ? why were they of interest to you as a photographer?
I shot those photographs for an Arts Council project. I felt it was important to take pictures of the English aristocracy. By and large, what I?d read about photography was about European conquests ? how anthropologists, writers and sociologists came to the colonies to index and categorise us, by documenting the width of our cranium, the length of our penis, and all other attributes. ?This is what you are,? we were told. So I thought perhaps I should turn this thing around. The project?s theme was ?work?, and I wanted to photograph people of leisure. Work is seen in terms of activity, but not in terms of the power structures that determine it. I thought it would be interesting to look at the people who decide what work is and how it is regulated, but rarely have to do manual work themselves. It wasn?t an easy project ? the better-off have doors to close on your face. It was difficult to explain what I wanted to do and still be allowed to take the pictures.

By Peter Magubane
Your second recommendation is?Soweto by Peter Magubane, who was the first black South African to win a photography award in the country. What makes this book special?
A lot of work about conflict has been undertaken by well-known war photographers. But?Soweto is the work of a black photographer living in the townships reserved for non-whites during apartheid. This book documents his struggle. He had close links with Nelson Mandela and was very involved in the struggle against apartheid. And as he was witnessing it he was also persecuted, and spent a lot of time in jail. Photography was much more dangerous as a black person.
Over a sustained period of time, and with a great deal of honesty and nearness, Magubane produced stunning images ? not just in terms of their action and strength, but also because he showed what was really happening in Soweto by capturing the relationship between blacks and whites. Take, for example, his photograph of a group of naked black men with their hands held up above their heads. Inspections such as these were standard procedure before allowing black workers to enter a mine. The humiliation and degradation of the search was, I suspect, part of the process to dehumanise them. Magubane?s work stands out as being the voice of the people.
END_OF_DOCUMENT_TOKEN_TO_BE_REPLACED 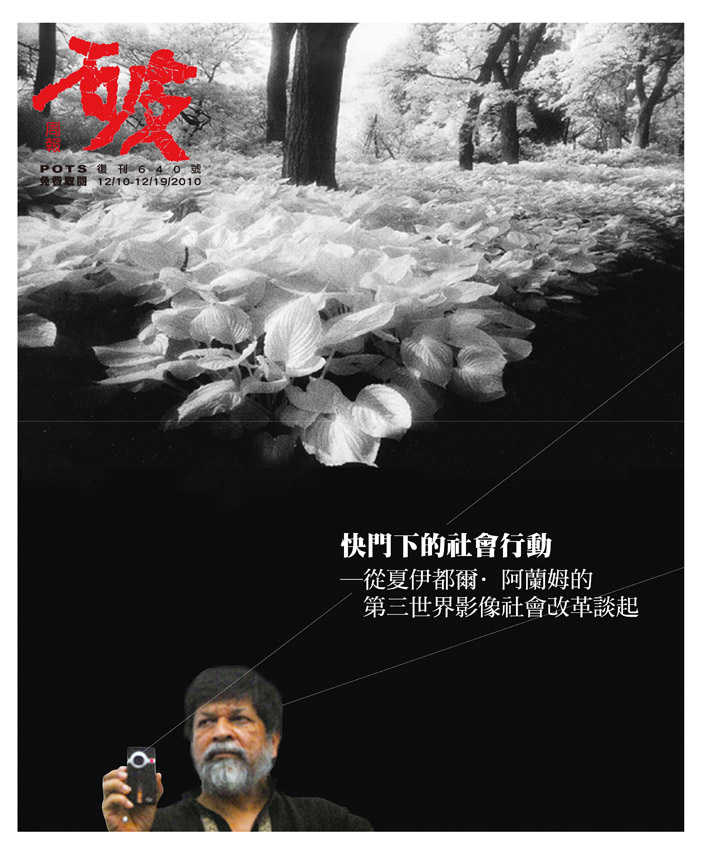