Biographer Sabeena Gadihoke?s book on Homai Vyarawalla tells the story of India?s first woman photojournalist who passed away on January 15 2012.

First published in?Parsiana, April 21, 2006.?
Getting the three of them together for a photograph was a task. The launch function was over and Homai Vyarawalla, Sabeena Gadihoke and Shernaz Cama were dispersed over the Lalit Kaka Akademi grounds in New Delhi.

Guests wanted to meet them, arrangements had to be fine tuned and a self effacing modesty caused them to be inaccessible. Finally they posed for the cover photo with smiles of good cheer. 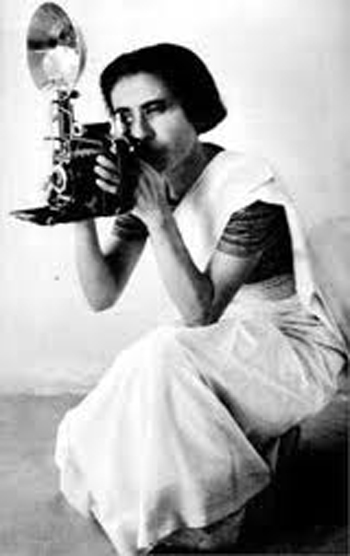 For over six years the trio had toiled to bring to print the remarkable career of India?s first woman photojournalist of national fame, the 92-year-old Baroda resident who still drives a car, is a do-it-yourself carpenter and starts her day with a broom, sweeping her small apartment. END_OF_DOCUMENT_TOKEN_TO_BE_REPLACED