An Album About Healing, Made in a Wounded Land
?Under African Skies,? About the Paul Simon Album ?Graceland? 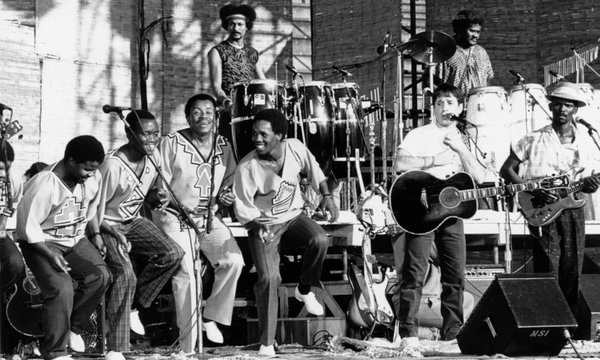 Paul Simon with Ladysmith Black Mambazo in ?Under African Skies,? a documentary about his 1986 album, ?Graceland.?

Music, politics and race: To what degree does a style belong to the people who developed it? At what point, if any, does musical fusion become musical theft? Is the greater good served by a noble project if it involves the flouting of solemn rules? And once the rules have changed, and the noise has died down, how much do these debates really matter?Those questions echo throughout?Under African Skies,? Joe Berlinger?s enlightening documentary about the making of ?Graceland,? Paul Simon?s masterwork, on the occasion of its 25th anniversary. The film, by the co-director of the ?Paradise Lost? trilogy, does an excellent job of recapitulating the controversies surrounding the album?s creation without bearing down too heavily on old news, while subtly taking Mr. Simon?s side against his critics. END_OF_DOCUMENT_TOKEN_TO_BE_REPLACED