Horrific Fire Revealed a Gap in Safety for Global Brands

ASHULIA, Bangladesh ? The fire alarm shattered the monotony of the Tazreen Fashions factory. Hundreds of seamstresses looked up from their machines, startled. On the third floor, Shima Akhter Pakhi had been stitching hoods onto fleece jackets. Now she ran to a staircase.

The first of two articles examining failures to protect garment workers in poor countries who make much of the world?s clothing.

Hashinur Rahman, who worked on the sixth floor, managed to flee the building, but then helped many others to get out.More Photos ? 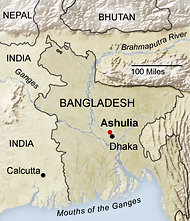