Any news? I had asked the intermediary, after the fall of Kilinochchi. ?I fear the worst? was the short reply.

?We had never met. It was always through the intermediary that she approached me. Image files encrypted layers deep in ?less likely to be searched? laptops were passed on. Endless conversations about her, without her ever being present. Photographs, letters, and at a later stage films, are all that remain with me. 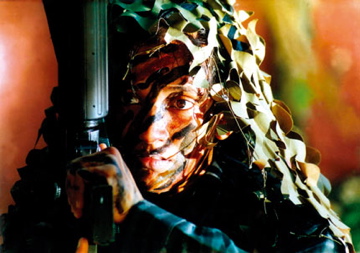 ?Theepa* was a commander in the LTTE. I knew her as a photographer. In a letter to me, translated by the intermediary, she had written. ?Even after an artist?s death art lives. After death it will be so. I have that small belief.? She took photographs of conflict, of death, but there were also those tender moments, of women doing each other?s hair in the bunker. Footsteps in the sand, idyllic sunsets. This was a part of Kilinochchi daily life I had never seen. 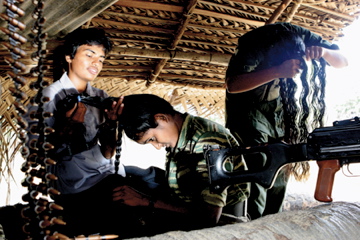 There are those who mourn for Prabhakaran. Those who gloat at his death. Leaders are vilified, deified, mummified, bought, sold, traded. But they are the ones remembered. The foot soldiers, who have less to gain and far more to lose, are oft forgotten. She lived an extra ordinary life in the hope her people could live ordinary ones. 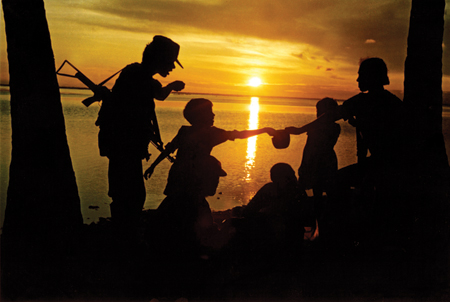 Theepa* had wanted to study at Pathshala, the photography school that we ran. The LTTE had a well-developed media campaign. Even in the early days, Prabhakaran?s hunger strike in Chennai in 1986, had been for the immediate return of ? not his rocket launchers, SAM missiles and AK-47s ? but his lifeline to the world, his wireless sets.

The ?Big Boss? knew the value of having a good photographer. So when her intermediary sent me this message ?She told me last night that the ‘Big Boss’ here is very happy with the way things are unfolding for her concerning the magazine articles and Chobi Mela etc. etc.? He has just bought her a Canon D1 Mark II as a gift and is willing to set her ‘free’ in January 2008,? I was elated.?

She had submitted work for Chobi Mela IV. We had hung the work at Shilpakala Academy, the academy of fine and performing arts. Later it showed in the Brussels Biennial. I had sent her photo magazines, the Drik brochure and the Chobi Mela IV catalogue. Big boss had requested an extra one for himself. Her photography was changing, she was having a go at ?art photography? dabbling in film. Some of the films she sent were very well made. It was in the genre of the early German and Russian propaganda films. Her?s were in colour with well mixed music, smooth tracking and fast cuts. I pondered on the propaganda, but delighted in her new skills. And then the communication stopped. Things had changed by January 2008.?

In her writing I appeared as an elder brother, a teacher. anna and aasiriyar. She was my little sister thangai. While she appreciated me helping her with her photography, it was my refusal to pre-judge her that formed the basis of our bonding. As I wrote about her to Rahnuma, my partner, I realised I was weeping. Tears for a little sister I had never met. Fondness for a student I had never encountered. Rahnuma too shed tears at the other end of the chat line. She had only known her thangai through me. This unseen, unknown, untouched little sister who had entered our lives. I had nominated her for awards where she had been turned down because she was a terrorist. I remember how in 1971, when that word had not yet become fashionable, the Pakistani media called us ?miscreants?. 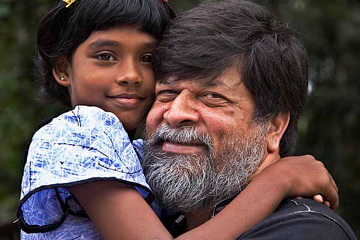 She longed to see me, but warned me against going to Kilinochchi. It was too dangerous. I remembered another Sri Lankan girl, another thangai, whom I?d met after the tsunami. Shanika had lost her mother and her three sisters to the sea, and warned me to stay away from the water. Theepa remembered a mob killing six of her family in 1983. Kilinochchi was the sea, she wanted to shield me from. I the anna, remember my two little thangais, one Sinhalese, one Tamil, who both wanted to shelter me from harm.

She, like so many others who have been oppressed, will forever yearn for freedom. Until another?s prosperity gives one joy; until another?s sorrow gives one pain; until the betterment of another becomes one?s concern; until one is liberated by another?s freedom; victory over another, will be a defeat for oneself.

I talk of her in the past, but against my better judgement, I believe she may be alive. Perhaps in a rehabilitation camp with other fighters. In her letter she had said, ?I hope that if our liberation war lets me live then I would love to meet you.?

Wherever she may be, I know we will meet. Together we?ll explore photography.

*Not her real name

15 thoughts on “Dreaming of Tamil Eelam”