Robert Galbraith / Reuters
SAN FRANCISCO ? At an event that featured House Minority Leader Nancy Pelosi, MC Hammer, and scores of undocumented immigrants, Mark Zuckerberg spoke for the first time on immigration reform, saying today?s young Dreamers are ?tomorrow?s entrepreneurs? and disputing the idea that immigration reform is something that can be compartmentalized and supported in pieces.
The Facebook founder?s comments came at a screening for?Documented, a film by Jose Antonio Vargas, a high-profile immigration activist who ?came out? as undocumented in a?New York Times Magazine?piece in 2011.?The screening was co-sponsored by Zuckerberg?s?FWD.us immigration advocacy?organization and?Define American,?which Vargas founded to bring new voices into the immigration conversation.
?People often talk about two parts of the issue,? Zuckerberg said. ?High-tech H1-B?s and full comprehensive reform. ?But anyone who knows a Dreamer knows they?re not.?
He drove his point home by reminding the audience that half of top tech companies were founded by immigrants. ?These are issues that don?t just touch our part of the industry, but touch on the right thing to do as a country,? Zuckerberg said.

John Gara
Before the screening, the event?was highlighted as an important moment in the push for immigration reform, because of the broad coalition in attendance: from major Silicon Valley leaders to Dreamers ? undocumented youth brought to the country as children ? to day laborers and mothers.
Groupon founder Andrew Mason, San Francisco Mayor Ed Lee and the vice president of operations at Dropbox, Ruchi Sanghvi, were at the screening.
The diversity was on display as MC Hammer took a seat in the first few rows. He talked about why immigration reform mattered to him. 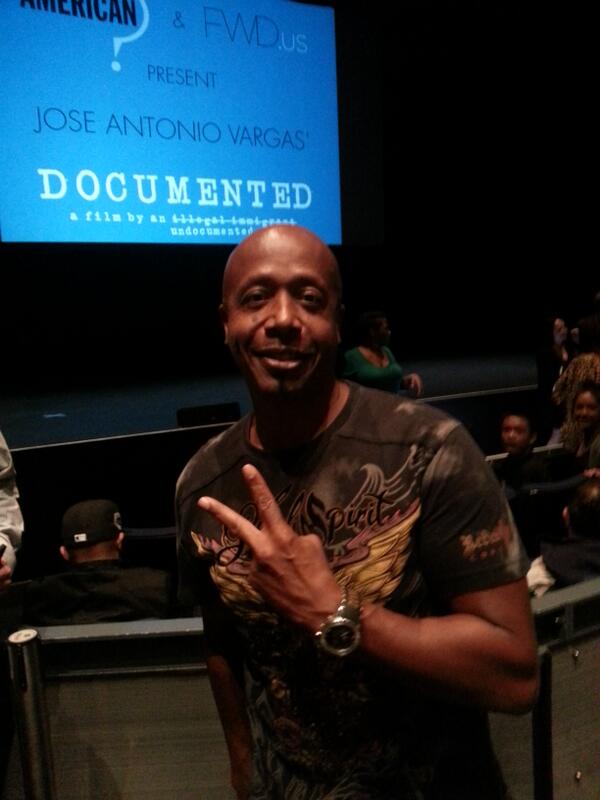 ?I?ve been supporting immigration reform throughout the entire journey,? Hammer told BuzzFeed. ?I believe in this great path to see dreams come true.?
The co-founder of FWD.us Joe Green introduced his former Harvard roommate. ?Mark is the biggest Dreamer I know,? he said.
Echoing what he wrote in a?Washington Post?editorial when he launched FWD.us, Zuckerberg told the story of high school students he?s taught over the past few years.
?I asked them what they?re worried about and one student said, ?I?m not sure I?m going to be able to go to college because I?m undocumented.??

John Gara
He said he was surprised to see that he had undocumented youth in his class.
?It was impossible to see the difference between them, because there was no difference.?
He added that he was heartened by how easy it was to get tech leaders to sign on for full comprehensive immigration reform.
instagram.com

Julio Salgado, an undocumented LGBT activist on why he thinks this event is important.

?I believe its important for the future of our country and for us to do what?s right,? Zuckerberg said, as the crowd full of Dreamers, undocumented immigrants, and many from the tech industry cheered.
In a touching scene in the film, Vargas Skyped with his mother, seeing her for the first time in 20 years, as they spoke through tears.
Saying the film was dedicated to her, Vargas talked about what he felt was at the heart of ?Documented.?
?As far as I?m concerned, I?m an American ? I?m just waiting for my country to recognize it.?

One thought on “Mark Zuckerberg On Immigration Reform”