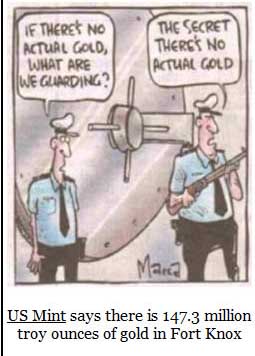 A similar situation seemingly prevails in the UK, for, when I asked a relative who teaches business and finance at a British university about who owns the Bank of England, I was told, its nationalised. Its a public organisation wholly-owned by the government. ?Corroborating the official storyline secured in place by the powers-that-be, reflected in the Bank’s website: ?’As a public organisation, wholly-owned by Government, and with a significant public policy role, the Bank is accountable to Parliament.’
But this account ? unfailingly subscribed to by most Brits, `You ask the question, Who Owns The Bank Of England? to one thousand Britons, and I kid you not, all of them will say that it is owned by the Government’ (The Tap Blog, February 27, 2010) ? glosses over actualities. For instance, the setting up of? a wholly owned subsidiary called Bank of Nominees Limited (BOEN), a private limited company, by the Bank of England in 1977, which was granted an exemption from disclosing its shareholders. ‘It was considered undesirable that the disclosure requirements should apply to certain categories of shareholders.’ This exemption is separate to the fact that the Bank of England is also protected by its Royal Charter status, and the Official Secrets Act. To put it briefly, members of the British public are ‘not allowed to know who the shareholders are who own the company which carries out Central Banking in the UK.’ END_OF_DOCUMENT_TOKEN_TO_BE_REPLACED