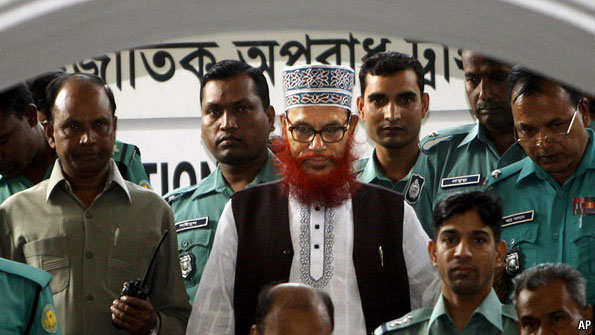 BANGLADESH suffered a violent birth. In the last days of 1971 the country then called East Pakistan was engulfed by torture, rape, mass-killing and other acts of genocide. The main perpetrators were Pakistani troops bent on preventing secession from ?West Pakistan?. But the army had the support of many of East Pakistan?s fundamentalist groups, including Jamaat-e-Islami, which remains Bangladesh?s largest Islamic party. Estimates of the death toll vary from around 300,000 to the current government?s reckoning of 3m?one in 20 of the population at that time. END_OF_DOCUMENT_TOKEN_TO_BE_REPLACED