It was in the early nineties. Having decided we would create a platform for local photographers, it made no sense to set up our agency in the conventional marketplaces of London, Paris or New York. We had to be where the storytellers were, here in Dhaka. But we also needed to be connected with our buyers. International phone lines were difficult to get, and the calls were expensive. Sending photos by courier was clumsy, slow and prohibitively costly. Alternatives needed to be found. The judging of World Press Photo in Amsterdam provided an opportunity to link up with TOOL, an NGO in the Netherlands that specialized in providing appropriate technology in Majority World countries.

Together we decided to set up a South-South network of like-minded organisations using off-line Email. We assembled our own scanner. We also developed an electronic postbox which allowed us to link up with the Internet. Other providers, Pradeshta and Agni were also trying to get onto the digital highway. Each of us found our own solution, but our off-line email using FidoNet technology became one of the precursors of the digital revolution in Bangladesh. We called it DrikTAP (Drik TOOL Access Point). END_OF_DOCUMENT_TOKEN_TO_BE_REPLACED

THE lack of paper, meatless meals and complete recycling of waste, were refreshingly different, though not everyone appreciated the paperless culture. It’s a while to go before squinting at a small screen becomes the norm. The absence of pop up banners and local branding was also refreshingly more soothing for the eyes. Singapore does have a culture of putting people in a deep freeze. Not having to shudder in ridiculously cold temperatures in this equatorial country, because the air-conditioning was for once, not making things intolerably cold, was a delight in itself. I was still not expecting an event with a low ecological footprint. The ambitious agenda of Singapore’s Marina Bay Sands’ first-ever ‘Zero Waste to Landfill’ event promised just that. The Responsible Business Forum hosted by the United Nations Development Programme and Global Initiatives involved over 600 international business, government and NGO leaders inviting them to engage with the UN’s Sustainable Development Goals in at MBS from 22-24 November 2017. END_OF_DOCUMENT_TOKEN_TO_BE_REPLACED

It’s actually really easy to think of space as boring. The planets in our own solar system all seem to be empty rocks or balls of gas, and you find a whole lot of nothing before you get to the next star. Meanwhile, Hollywood’s most creative minds can’t get past populating the place with planets that look a whole lot like Earth (and specifically, parts of California) featuring monsters,?rapey aliens?or Muppets.

But real space is far, far stranger. You just have to know where to look to find things like …

#6. A Planet Made of Diamond

Science fiction writers have this annoying thing they do where they can only think of like five different types of planets. You know, there’s the ice planets (like Hoth in?The Empire Strikes Back) and the forest planets (like in?Avatar), desert planets, lava planets, etc.

END_OF_DOCUMENT_TOKEN_TO_BE_REPLACED

Intel Corporation USA signs contract with Majority World CIC to document Intel’s CSR projects in Haiti, Honduras, Guatemala, UK, Poland, Kenya, India and Hongkong.
One or more Intel employees volunteer at these project locations. The employees recently won an internal contest winning their project a technology package to help the projects more effectively achieve their goals. This assignment is about telling the project story, Intel’s effort and capturing the humanity of it through a Photo Journal.
Watch this space for updates on our photographers at each location.

Clearing the Air on One or Two Wheels?Learn more > END_OF_DOCUMENT_TOKEN_TO_BE_REPLACED

This year’s Global Media Forum Award went to the project Infolady from Bangladesh. Finalists in the category addressed issues tied to the Deutsche Welle Global Media Forum 2013, which looks at “The Future of Growth – Economic Values and the Media.” The Infolady project helps equip women with digital cameras, mobile phones and solar-powered laptops to travel by bike to rural areas and answer questions related to health, agriculture and development. “Infoladies brings life-saving information about health, education and a number of other services to the poorest people in Bangladesh,” the jury said.

END_OF_DOCUMENT_TOKEN_TO_BE_REPLACED

Global Wind Day photo competition – Discover the power of wind energy
The theme of the photo competition is wind energy. It is open to all photographers in any country, who want to capture images of wind energy from a new perspective. The challenge is to show the technology as it has never been seen before, for example by showing wind energy with seasonal colours, people, animals and landscapes in a new and unique way. Let your imagination take the lead!
Terms and Conditions?(PDF)

Register and upload your pictures!

This was the most shocking statistic I read this weekend:?58 percent?of first births in lower-middle-class households are now to unmarried women. Meanwhile, two in five of all births are to unwed mothers, an all-time high, according to the Centers for Disease Control and Prevention. END_OF_DOCUMENT_TOKEN_TO_BE_REPLACED 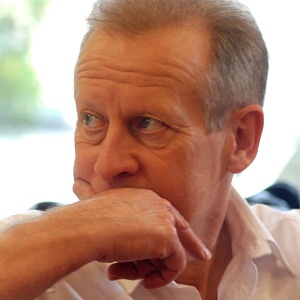 How technology has empowered the consumers to be the producers and what?that means for traditional mainstream media.

Chris Rainier
Chris Rainier is considered one of the leading documentary photographers working today. His mysterious images of sacred places and indigenous peoples of the planet have been seen in? the leading publications of? the day including:? Time, Life, National? Geographic publications, Outside, Conde Nast Traveler, The New York Times, Smithsonian, Mens Journal, Islands, The New Yorker, German and French Geo, and the publications of the International Red Cross, The United Nations, and Amnesty International. Rainier, a Canadian citizen is a photographer for the National Geographic Society and specialises in documenting indigenous cultures for the Societies Cultures Initiative.
Visit Chris Rainier?s website:?www.chrisrainier.com

Chris Riley
Chris Riley has worked as a strategist and researcher in advertising, design and marketing since 1983. Riley ran his own strategic planning consulting practice, Studioriley, between 2002 and 2005 working out of Portland, Munich, Helsinki and Singapore.
Between 2005 and 2010 he was head of Strategic Planning in Apple Inc?s Graphic Design and Marketing Communication Group in Cupertino, California. Riley has learned from successes such as Apple, Nike, Coke, Audi, Amazon.com, Nokia, Uniqlo, Samsung and Nikon as well as a few failures. It?s true: failure is as valuable as success.
Visit Chris Riley?s website:?http://www.studioriley.com

How would you like to convert your Nikon FM2 to digital?

BY TIM BARRIBEAU ON Popphoto.com

ENLARGE
It’s one of the holy grails of photography ? a practical, easy way to switch between digital and film for all the incredible analog 35mm cameras that are already in circulation. And while we don’t know if it’ll ever be produced, Nikon has recently patented a way of doing exactly that ? a replaceable digital back for 35mm film cameras. END_OF_DOCUMENT_TOKEN_TO_BE_REPLACED