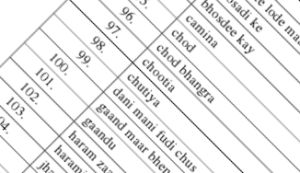 He looked worried as most passengers would do, waiting for luggage that should have arrived. It had been a while since EK005 from Dubai had landed at Heathrow terminal 3. Belt 2 was almost empty. They announced that one lot of bags was yet to arrive. There was hope yet.

Now that we were the only two passengers left, we made eye contact. With a faint nod he registered my recognition, as celebrities often do. He asked me in Urdu, where I was from. Dhaka, I muttered, and we shook hands. He found no need to introduce himself as Mian Muhammad Nawaz Sharif, the former prime minister of Pakistan. I resisted the temptation to ask him about his property in London, or the proposed tryst with Benazir.

This had occurred before, once at terminal 4 when General Ershad, the former president of Bangladesh had arrived. No fanfare, no waiting crowds, people walking by. I wondered how it felt. They both had absolute power when they ruled, and had used it with abandon. I remembered our resistance in the streets, the police brutality, the teargas. Noor Hossain and Milon’s death. Despite all the rhetoric about their closeness to the people, fending for themselves at the airport terminal was probably as near as they ever got to seeing what it was like on the other side.