The PhotoPhilanthropy Activist Awards?identify outstanding work done by photographers in collaboration with nonprofit?organizations worldwide and awards prizes ranging from $2,000-$15,000. In previous years, work was submitted on behalf of 435 nonprofit organizations from 88 different countries. END_OF_DOCUMENT_TOKEN_TO_BE_REPLACED

By?JIM YARDLEY New York Times
DHAKA, Bangladesh ? Not even two months after the collapse of the Rana Plaza factory building claimed more than 1,100 lives, a team of engineers arrived to assess another factory in the center of the capital. It was named Al-Hamra Garments, and it was one of hundreds of factories undergoing post-disaster inspections as Bangladesh sought to prove that its critical apparel industry was safe.


The Al-Hamra Garments factory, with its exterior staircase, is one of many reported to have structural problems. But this inspection, conducted in mid-June, was startling. The two engineers discovered that the eight-story factory was partly propped up by temporary cast-iron pillars placed on the ground floor. Several original beams and columns were cracked or disintegrating. And the factory was open for business, with more than 1,000 workers producing clothing for a Bangladeshi apparel conglomerate whose customers include Walmart and Gap. END_OF_DOCUMENT_TOKEN_TO_BE_REPLACED

Not even a pillow. A bench of width: one and half feet, length: 5 feet?, a yard at your house could rest her in peace. She could be happy reasoning that she is within her family. But the fact is she feels alone when she remembers her previous day, where she had everything. Khaled Hasan/Alexia Foundation

Today?s photo of the day is from Khaled Hasan?s 2009 student award of excellence project, ?Dream within boundaries: some real memories? examining the lives of elderly people who live in retirement homes in?Bangladesh.
Bangladesh is a very traditional country and one in which people care for their aging relatives in their own homes. Today, however, as the nation modernizes, more people are sending their parents to live in homes for the elderly. It is said, he notes, that this is a result of globalization, an imitation of the behavior of western societies.
The women in the images tend to be very sad. They feel abandoned by their families and have very little energy. The trees create a lovely frame for this elderly women reclining on a bench. The floral pattern on the wrap is brighter than one would expect. The image itself has a soft sepia tone, conveying the idea of aging.
The men in the retirement home seem more content, perhaps because they chose this fate. Many of the men have never married or had families, so they had no one they expected to care for them in their old age.
Hasan?s work will be included in the upcoming exhibition,?Right Before Your Eyes: Photography Driven by Social Change?at the United Nations in New York from Aug. 16-Sept. 10. 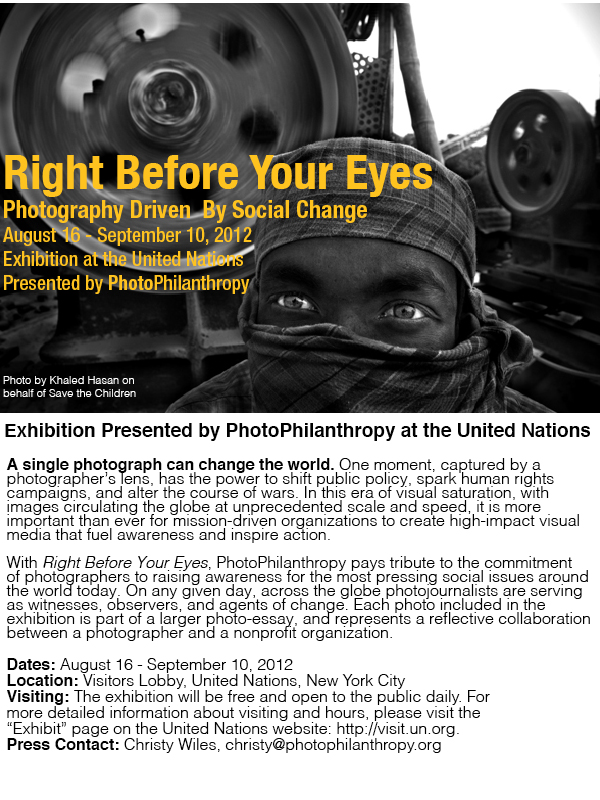 
Ten journalists from around the world have been awarded the 2011 Dart?Center Ochberg Fellowship.

The 2011 Dart Center Ochberg Fellows will come from around the world to attend a week-long seminar to improve coverage of traumatic events.

The Dart Center for Journalism and Trauma at Columbia University?s Graduate School of Journalism announces the recipients of the 2011?Dart Center Ochberg Fellowships for coverage of violence and trauma.
The Ochberg Fellowships were established in 1999 by the Dart Center for journalists seeking to deepen their reporting of traumatic events. Fellowships are awarded to outstanding mid-career journalists in all media who have dedicated much of their work to covering violence, conflict and tragedy, including street crime, family violence, natural disasters, war and genocide.
The week-long Ochberg Fellowship offers journalists a unique opportunity to learn about the many dimensions of psychological trauma and to forge relationships with colleagues who share their interests. Fellows attend seminars with leading experts in trauma science and journalism practice, and participate in the annual conference of the International Society for Traumatic Stress Studies.
The 2011 Dart Center Ochberg Fellows are (detailed biographies are below):