Shahidul Alam has long been gripped by the life of a woman he has never met.
It?s been two decades since Kalpana Chakma was abducted, but Shahidul refuses to forget her. Standing at the threshold of his latest exhibition,Kalpana?s Warriors, the Bangladeshi photographer pauses for a moment.
In the room beyond is the third in a series of photo exhibitions that began with Searching for Kalpana Chakma in 2013, and was followed by 18 in 2014. The woman around whom these pictures revolve is notably absent from them. She was abducted at gunpoint in the early hours of 12 June 1996 from her home in Rangamati in Bangladesh. Her captors were a group of plain-clothed men who were recognised as being from a nearby army camp. Kalpana never returned home and her fate remains unknown.
When the exhibition first opened at the Drik Gallery in Dhaka, many of those who had been photographed could not risk coming out of hiding, yet the room was full of people who knew Kalpana?s story intimately. Some simply stood for a while before the portraits, others wept. END_OF_DOCUMENT_TOKEN_TO_BE_REPLACED 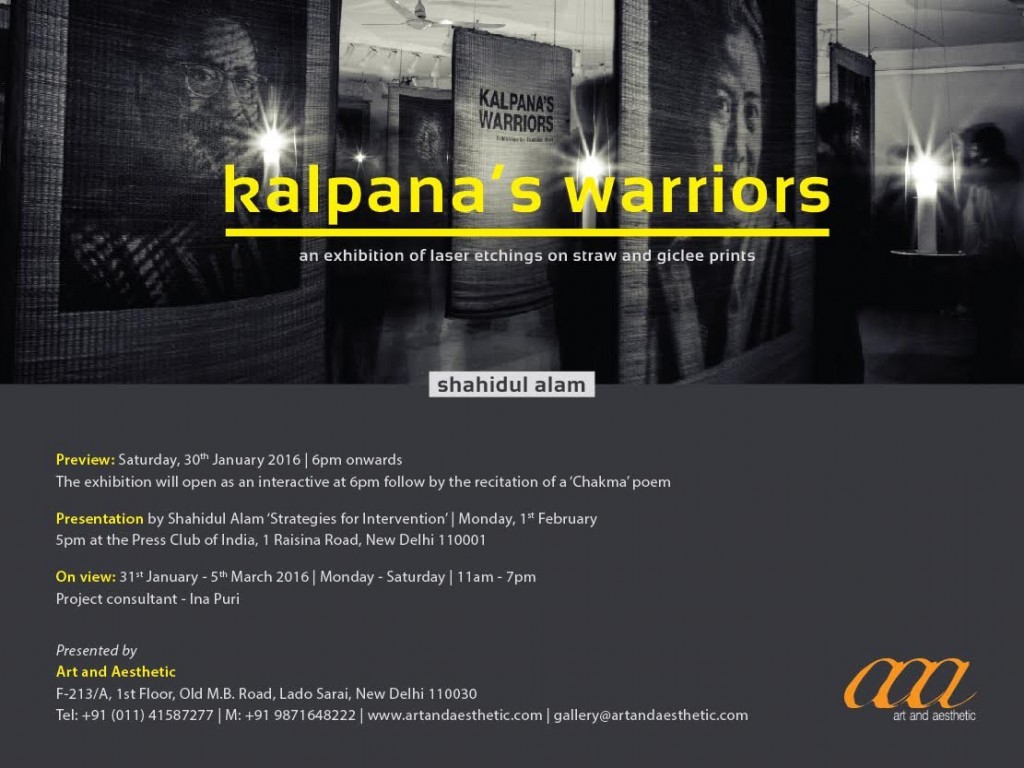 We had a fabulous opening with moving recitation of Kabita Chakma’s poem “I will defy” by Aungmakhai Chak, Marium Rupa and Rahnuma Ahmed. Many of the warriors were present in person. We were sad to miss Saydia Gulrukh, but her presence was felt.

I will resist, I shall defy
Will you do as you please?
You turned my home into sand
It was a forest where I stand
You made daylight go dark
Left it barren never a spark
I will resist. I shall defy
You strip me of my land
On my women, your hand
No longer shall I see
No longer will I be
Abandon, neglect, rage
A throbbing womb, my stage
I curl, I tear asunder
Awake, I search, I wander
I am who I am
And I will resist
I shall defy
Poem by Kabita Chakma
Translation by Shahidul Alam
Thanks to Arshad Jamal and Chris Riley for their support and Mohammad Mohsin Miah for helping with the printing. ASM Rezaur Rahman curated the show and the entire teams from Drik’s Publication, Gallery, Photography and Audio Visual Department as well as the volunteers from Pathshala did a wonderful job. We shall resist and we will continue to defy. 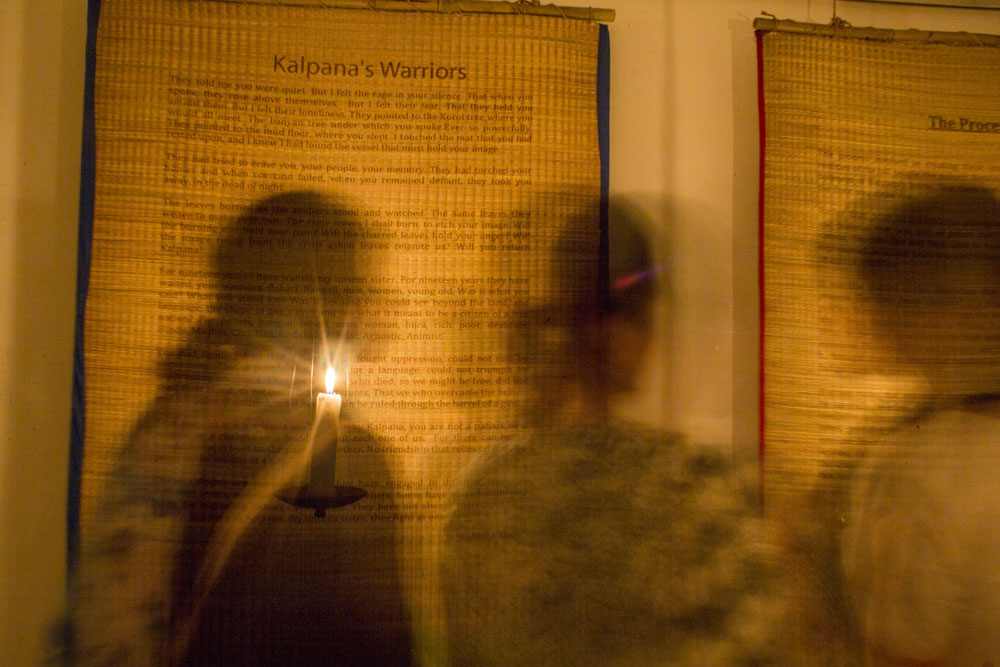 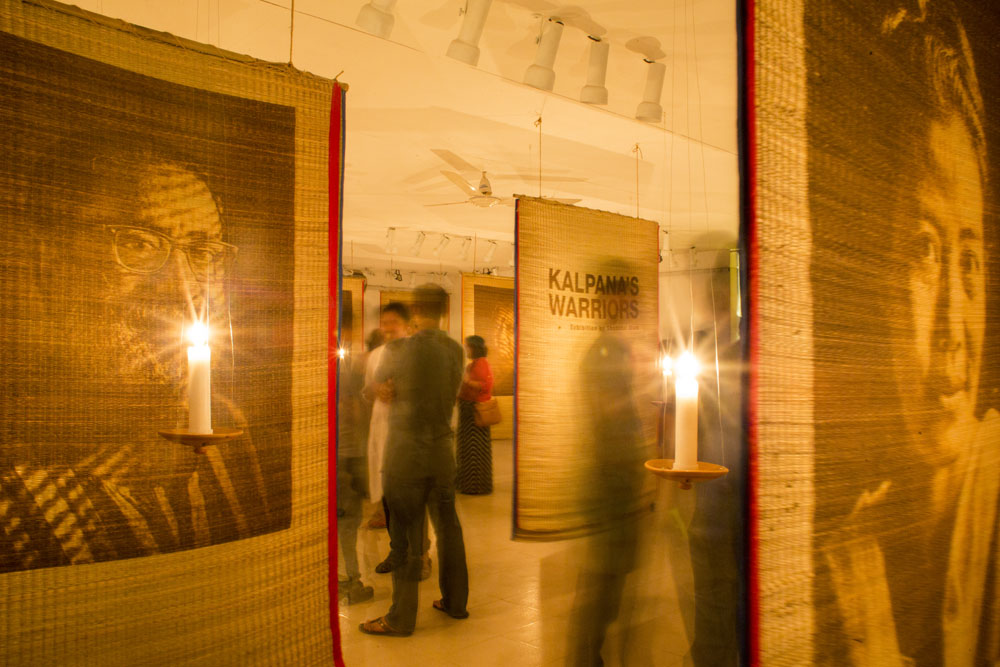 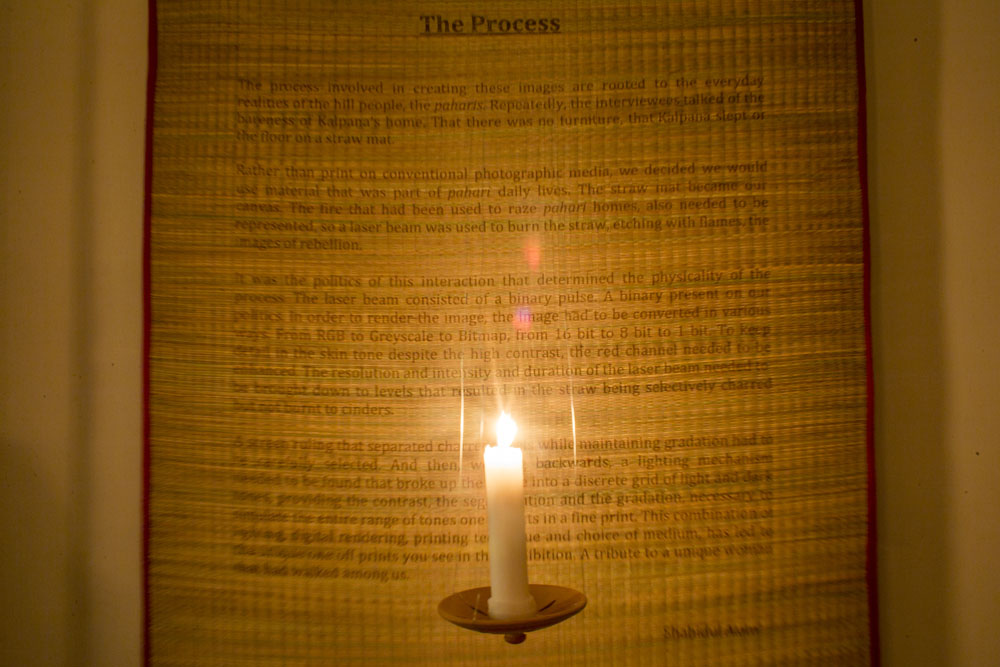 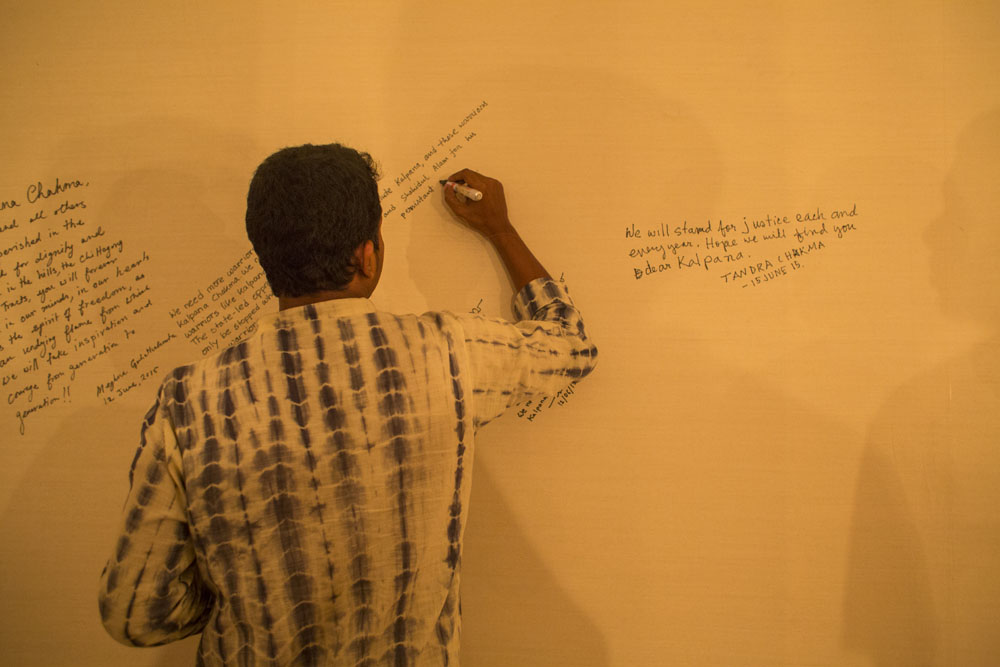 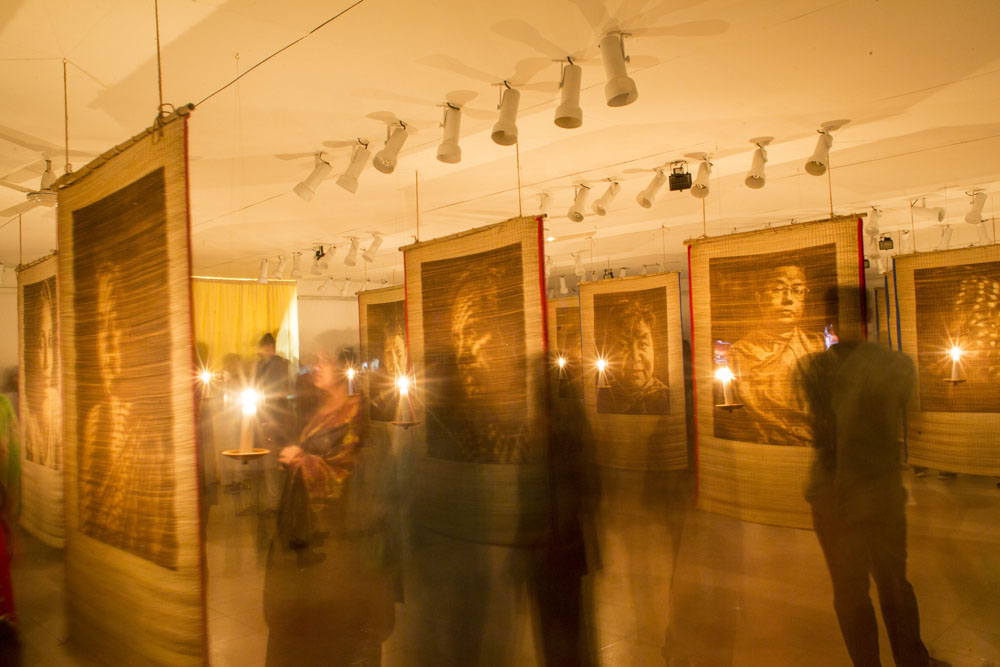 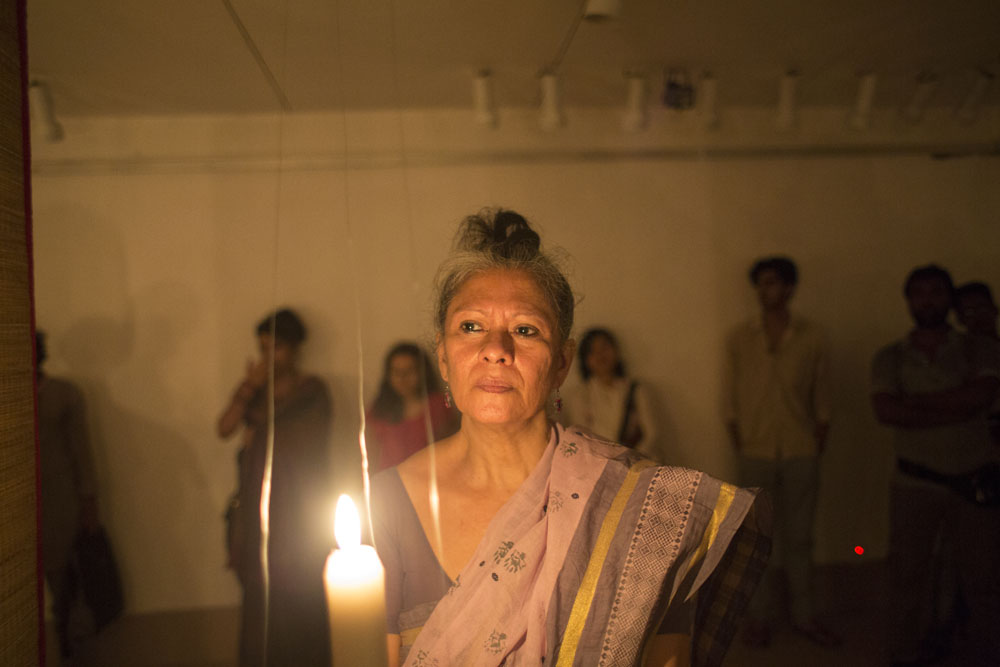 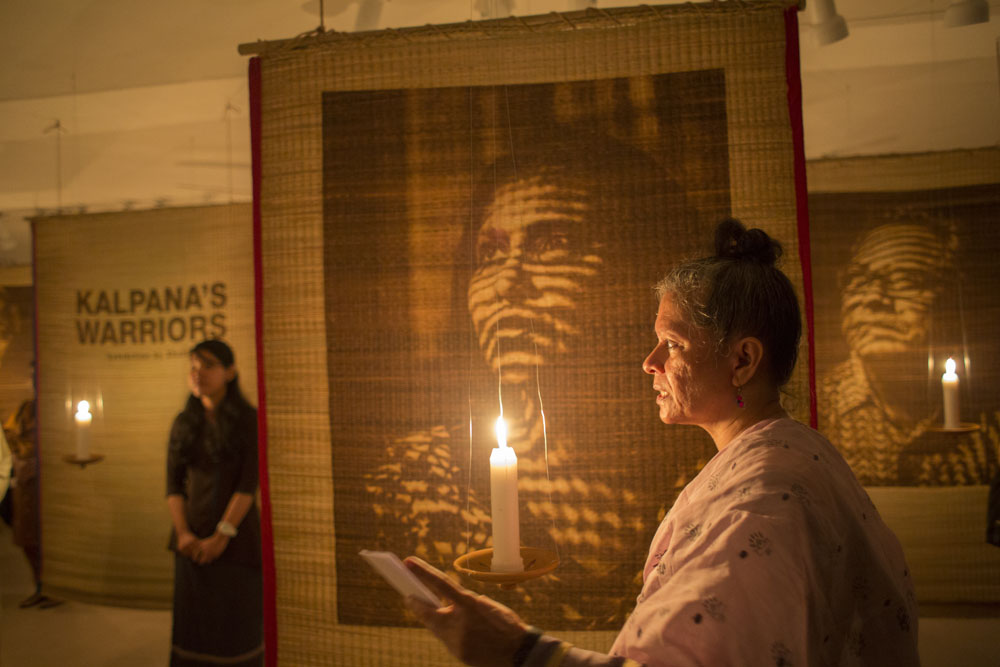 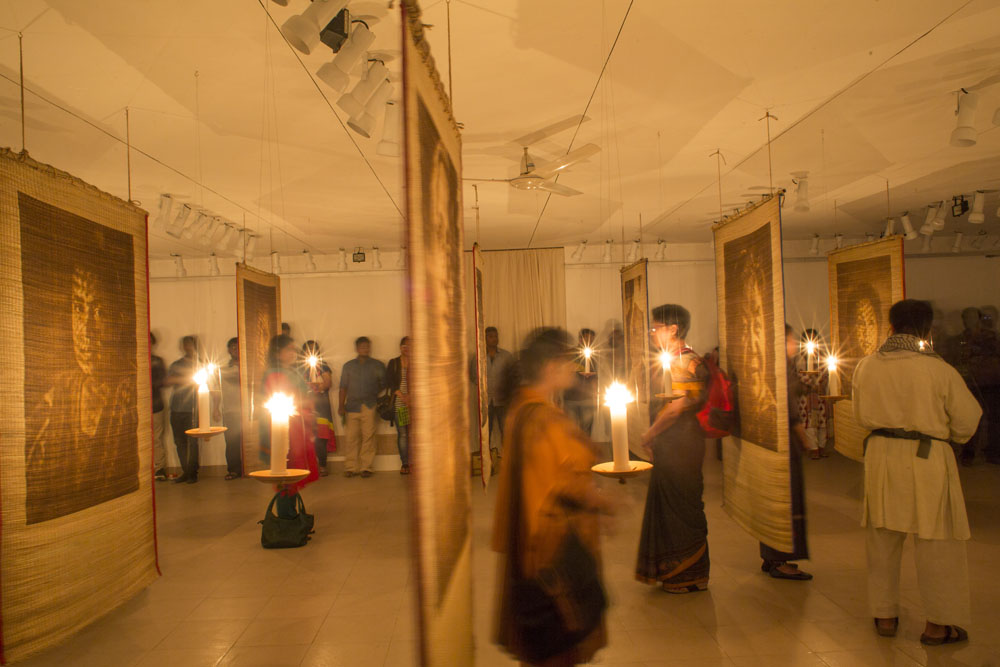 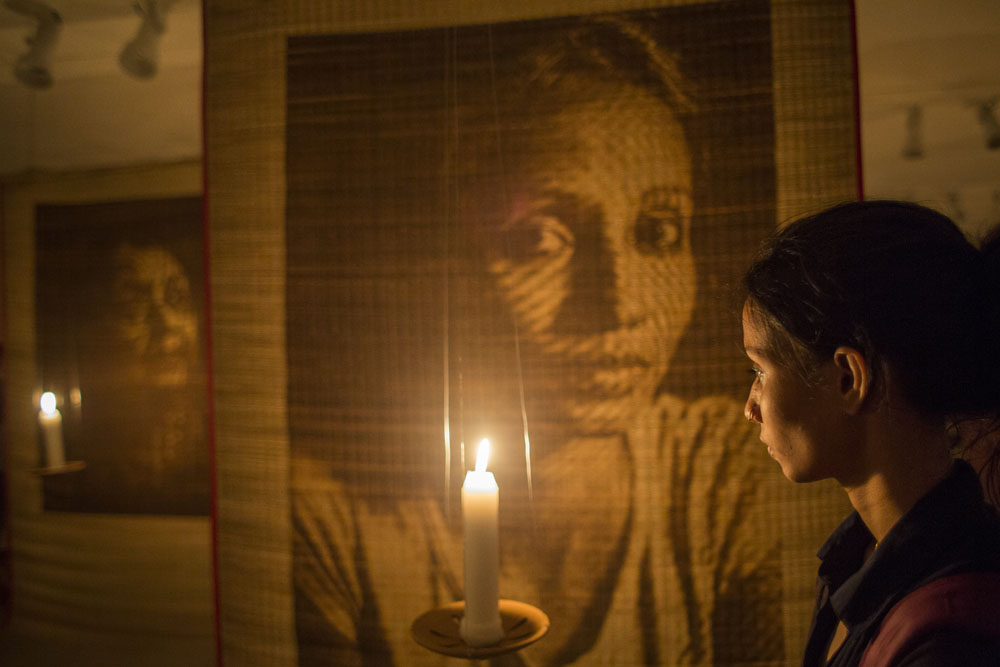 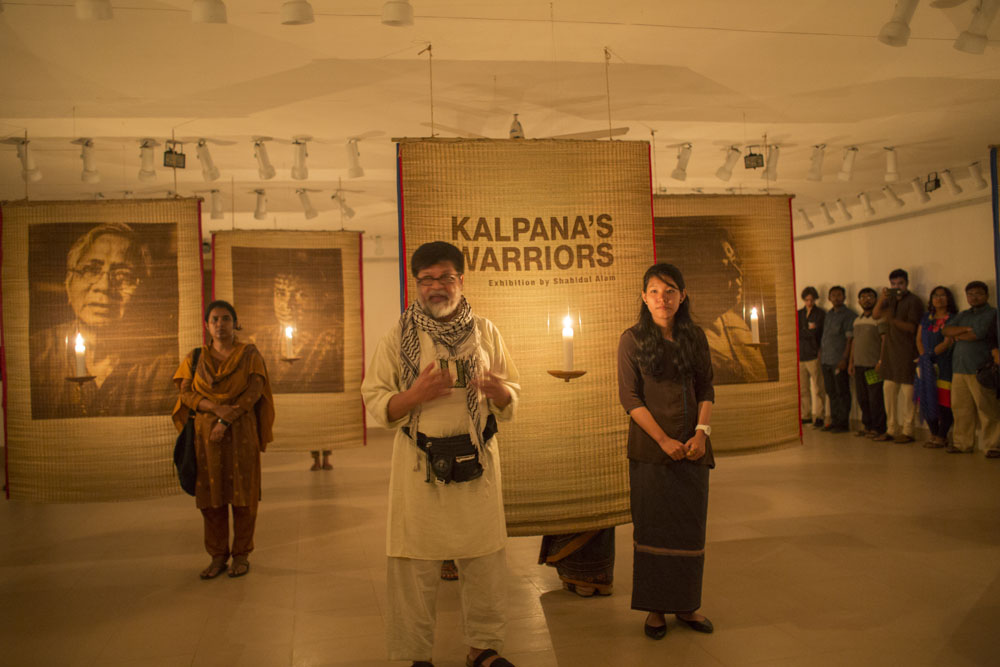 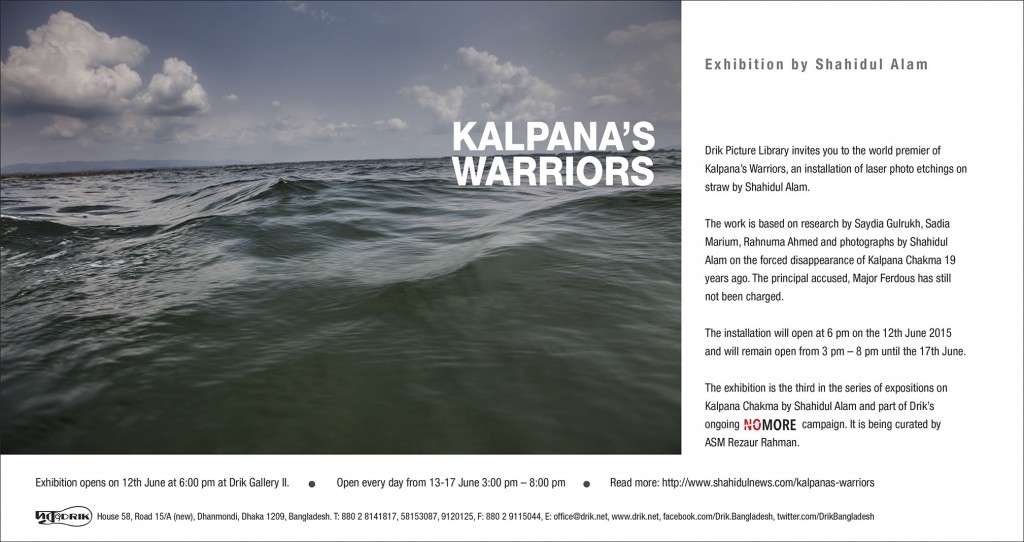 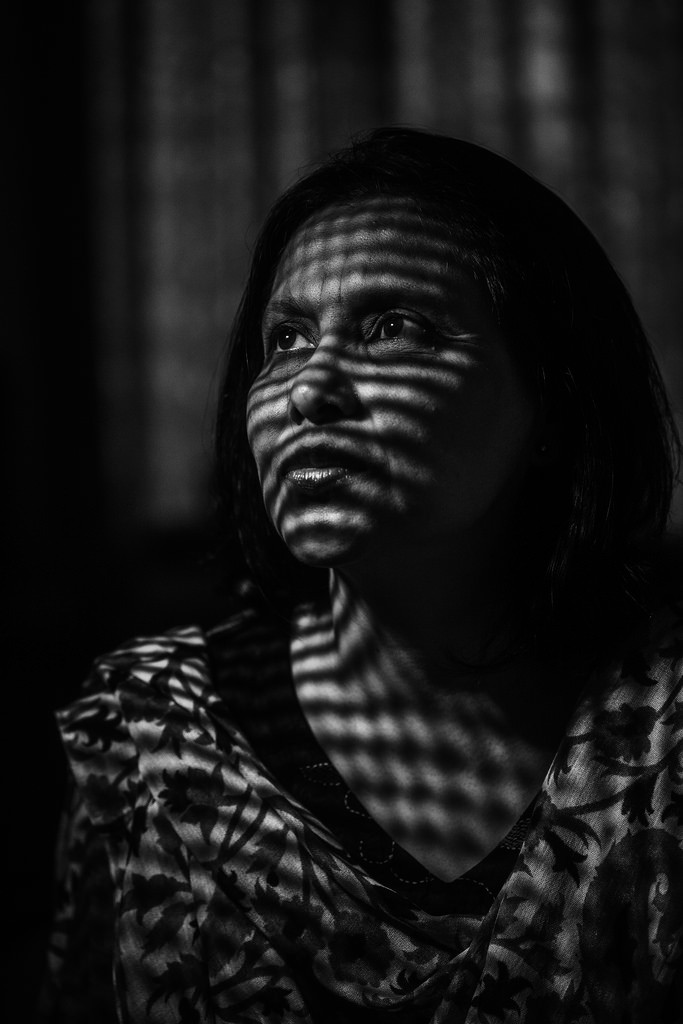 ?I think it is natural to expect the caged bird to be angry at those who imprisoned her. But if she understands that she has been imprisoned and that the cage is not her rightful place, then she has every right to claim the freedom of the skies!” Kalpana Chakma


Eighteen. The legal age to vote.?The age of sexual consent. The threshold of adulthood when one ceases to be a child. Eighteen. The sections of the?Mahabharata. Eighteen armies fighting over eighteen days. Eighteen, the number of years we have waited for justice. Eighteen years that you have been gone Kalpana, my sister.
END_OF_DOCUMENT_TOKEN_TO_BE_REPLACED

Military’s sole role has been repression

The opening was very moving and there was a great turnout. Here are some live clips. The show is up till the 21st June. Don’t miss it.

The show has also been featured in Time Magazine

Part of the “No More” public awareness campaign of Drik.

Let me ask a silly question, my partner Rahnuma had said. ?But isn?t it all in your imagination?? Of course it was. The images I?d created, while based upon complex scientific procedures, did not ?prove? anything. The objects I had photographed, while silent witnesses, had not ?seen? the crime. The artifacts, interviews, videos and photographs I was presenting was not ?evidence?.

Interview on 22nd February 2013, where he talks about the Shahbagh movement, his recent exhibition at Oitijjo in the South Bank in London and his upcoming exhibition on the disappearance of Kalpana Chakma.