‘Could you get a small size pizza and some French fries for Zafrullah and send to GK? He is not eating and maybe a change in menu will help.’  It was our very own freedom fighter Dr Zafrullah Chowdhury that Shireen Huq, his wife, was talking about, and I wasted no time in my search for the pizza.

END_OF_DOCUMENT_TOKEN_TO_BE_REPLACED

Cui bono is often a good starting point in an investigation. Literally meaning ‘who benefits?’ Whoever appears to have the most to gain from a ‘crime’ is probably the culprit. Stepping back from the ‘whodunnit’ nature of the drama that is playing out, we could be less dramatic and just look at the meaningfulness or advantages of carrying out an important function.

At this point in Bangladesh, as in many other countries, there are few things more important to do, than to detect whether or not one has been infected by the Covid-19 virus. For many, it could literally be a matter of life and death. It is beyond dispute that an efficient, accurate and affordable kit that could be made readily available would be of immense value to the country.

END_OF_DOCUMENT_TOKEN_TO_BE_REPLACED

Rahnuma forwarded me Laily’s wrenching FaceBook post. Her father is dying, far away in a UK hospital. Heart breaking, holding back tears, she and her family watch from afar. Unable to touch, to hold, to caress the person who is dearest to them. This is what Corona means in real terms. It was through her research on one of my heroes, the peasant leader Abdul Hamid Khan Bhashani, and later through them staying at the Pathshala Guest House, that we got to know her. Bhashani’s principle of putting nation before self and his simple lifestyle is a very distant reality from the ruling politicians of today. Despite its pain, Laily’s post reminded me of my own dad and my childhood. I remembered dad resting in his easy chair. His belly just the right slope for us kids to use as a living slide. We used to call him bhalluk (bear), and every day as he rested after lunch, my cousins and I would line up behind the easy chair, clamber up to his shoulders and slide down his belly. Mum would freak out, as my dad had osteomyelitis as a child and had never fully recovered. His shins were always exposed and very fragile. Quite apart from wanting him to rest, the idea that we might aggravate his injury worried her. Abba was unperturbed, happy to be teddy bear to a room full of kids. We’d run back to the end of the queue to slide down again. We were always tired before Abba ever did. We didn’t think of it as physical contact in those days. When Abba died, I remember feeling the stubble that had grown on his soft skin, as I stroked him before we laid him down.

Newcomers to Bangladesh are overwhelmed by the generosity of our village folk. They love it when strangers clasp their hands, but are somewhat unsure when seconds, sometimes minutes pass, before their hands are reluctantly released. Years ago, when we at Drik were trying to improve our English skills, we struck a deal with the local office of the British Council. Unable to pay for the expensive English classes, we negotiated a barter. We would do their photography. They in turn, would teach us English. It wasn’t just language skills though, it was learning English culture. One of the first things our English teachers told us was to release the hand quickly! Prolonged physical contact could make the English squirm.

END_OF_DOCUMENT_TOKEN_TO_BE_REPLACED

In the winter of 2012, I travelled from New Delhi, where I grew up, to Calcutta to visit my cousin Moni. My father accompanied me as a guide and companion, but he was a sullen and brooding presence, lost in a private anguish. He is the youngest of five brothers, and Moni is his firstborn nephew?the eldest brother?s son. Since 2004, Moni, now fifty-two, has been confined to an institution for the mentally ill (a ?lunatic home,? as my father calls it), with a diagnosis of schizophrenia. He is kept awash in antipsychotics and sedatives, and an attendant watches, bathes, and feeds him through the day.

My father has never accepted Moni?s diagnosis. Over the years, he has waged a lonely campaign against the psychiatrists charged with his nephew?s care, hoping to convince them that their diagnosis was a colossal error, or that Moni?s broken psyche would somehow mend itself. He has visited the institution in Calcutta twice?once without warning, hoping to see a transformed Moni, living a secretly normal life behind the barred gates. But there was more than just avuncular love at stake for him in these visits. Moni is not the only member of the family with mental illness. Two of my father?s four brothers suffered from various unravellings of the mind. Madness has been among the Mukherjees for generations, and at least part of my father?s reluctance to accept Moni?s diagnosis lies in a grim suspicion that something of the illness may be buried, like toxic waste, in himself. END_OF_DOCUMENT_TOKEN_TO_BE_REPLACED

How the gin and tonic became the British Empire?s secret weapon. 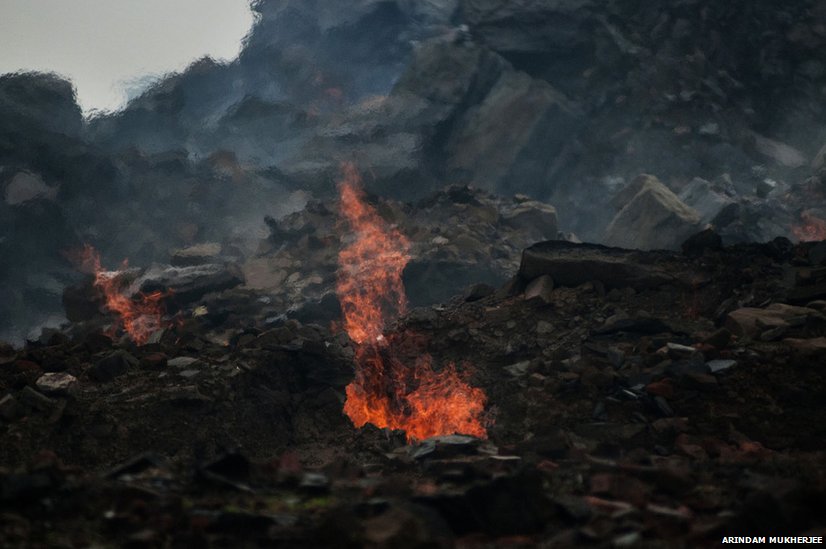 In places like Laltenganj, the fires are now burning overground. END_OF_DOCUMENT_TOKEN_TO_BE_REPLACED

The most remarkable man I’ve ever met. If ever a man deserved a Nobel Prize… but then he’s a bearded muslim from Pakistan, so Kissinger and Obama and Peres will be given the Nobel Prize, but Edhi will not. Neither of course did Gandhi!
Pakistan: Hope amidst the chaos
What Matters
Humanitarian to a nation

The fellowships are being offered by Panos South Asia as part of a Climate and Development Knowledge Network (CDKN) project for enhancing climate change awareness and understanding among journalists in South Asia. Applications are invited from print, television, radio and web journalists writing / reporting on climate change and environment issues from Bangladesh, Bhutan, India, Nepal, Pakistan and Sri Lanka.
The fellowships will support writing / reporting stories on climate change from the region. The fellows will also have the opportunity to participate in a training workshop and field trip that will link them with their peers from the neighbouring countries and understand climate-related issues from a South Asian perspective. Applicants should have a strong motivation for working on climate change related issues in South Asia and should have worked on climate-related stories in their media. The application, by e-mail, would need to include the following:
1.?A covering letter, in which the applicant explains his/her motivation for applying for the fellowship, and how he/she would use the fellowship to build on previous experience (two to three pages).
2.?A detailed CV with the names and contact details of two references.
3.?Copies of two stories published on climate change or environment. TV/radio journalists can also provide the link to the programme.
4.?A copy of a scanned letter from the editor of the applicant?s publication, TV or radio channel supporting the application. Please write ?Application for the SACCA Fellowships 2013? in the subject line of your e-mail application.
Applications need to be received by Friday, 8th March 2013 to?psa@panossouthasia.org.
Only successful applicants will be contacted. 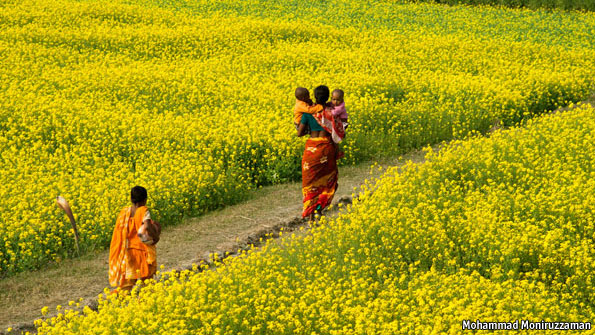 ON THE outskirts of the village of Shibaloy, just past the brick factory, the car slows to let a cow lumber out of its way. It is a good sign. Twenty years ago there was no brick factory, or any other industry, in this village 60 kilometres west of Dhaka; there were few cows, and no cars. The road was a raised path too narrow for anything except bicycles. END_OF_DOCUMENT_TOKEN_TO_BE_REPLACED