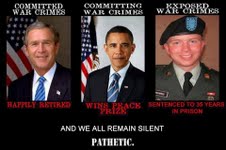 He was in southern India after nearly 30 years. He had come to Kerala to deliver the Chinta Ravindran Memorial Lecture at Thrissur. My friend, the well-known writer Paul Zacharia and I were showing him the sights and we had just been to the site of the archaeological dig at Pattanam near Kodungalloor where he saw the unearthed pottery and artefacts that were reconstructing the fascinating story of an early society in these parts, already in maritime contact with West Asian ports and ancient Rome. From there we proceeded to the nearby Cheraman juma masjid, considered the first mosque in India, and perhaps the second in the world, dating back to A.D. 629. There was only a little evidence of that ancient patrimony left; the quaint old native structure had been all but pulled down some 50 years back and a more commodious, more standardised edifice built around it. All that was left were some pillars, a section of a doorway, another of a beamed ceiling and a crumbling staircase leading up to the attic, all in wood. But a photograph of the structure, as it was in 1905, hung on the wall. END_OF_DOCUMENT_TOKEN_TO_BE_REPLACED

A log of the transcription:
0:07?fifteen million people across the world who marched against the wall hanging out
0:12?into his perhaps the biggest display of family planning team the words END_OF_DOCUMENT_TOKEN_TO_BE_REPLACED


ANDREW FEINSTEIN is our inaugural host for “Quick study”, a new series on Prospero that offers a crash course in a particular subject, delivered by an expert in the field, with some suggestions for further reading. Mr Feinstein is the author of the new book “The Shadow World: Inside the Global Arms Trade”, out this week in Britain and America. A former South African MP, he resigned in 2001 in protest against the government’s refusal to allow an investigation into a corrupt ?5 billion arms deal. His 2007 political memoir, “After the Party: A Personal and Political Journey Inside the ANC” (reviewed by The Economist here), became a bestseller in South Africa. Mr Feinstein lives in London and he co-directs Corruption Watch, an anti-corruption organisation. Here he answers a few questions about the global arms trade. END_OF_DOCUMENT_TOKEN_TO_BE_REPLACED

Year end play: The Nuculier God
Theatre: The World
Set Design: Tony Blair
God: George Bush
Sacrificial Lamb: Saddam Hussein
Slaves: Saudi Royal Family and cohorts
Extras: The United Nations
Theme song: I can kill any Muslim
I can kill any Muslim
Any day I choose
It?s all for the cause of freedom
I can kill any Muslim
Wherever I choose
It is cause we?re a peace lovin? nation
So we egged him on
When he attacked Kuwait
And the trial may have been harried
So we supplied him arms
To gas the Kurds
With him dead, that?s one story buried
Violence in Iraq
Has been on the rise
The US can hardly be blamed
Our interest was oil
And we stuck to our goal
Why must my cronies be named
Saddam?s emergence
As Arab resistance
That wasn?t part of the plan
Had Amnesty and others
Kept quiet when it matters
We?d have quietly gone on to Iran
Asleep I was
When he hanged on the gallows
Well even presidents need to sleep
Oblivious I was
When the planes hit the towers
I had other ?pointments to keep
More Iraqis dead
More ?mericans too
OK they warned it would happen
Why should I listen
When I rule the world
No nation?s too big to flatten
The Saudi Kings
They know their place
At least they?ll know by now
Muslim?s OK
If you tow the line
Out of step, off you go, and how
Tony and me
We keep good company
Dictators know when it matters
Regardless of crimes
And religious inclines
Safe if you listen or its shutters
I can kill any Muslim
Wherever I choose
I choose quite often I know
I can kill any Muslim
Any day I choose
I did it so now they will know
Similar to Rumsfeld’s concern that the Abu Ghraib pictures coming out, and not about the events themselves, the Iraqi government worries about the footage of Saddam being taunted, getting out. The fact that the taunting took place doesn’t appear to be an area of concern. With the US government stifling Al Jazeera, and increasing censorship in mainstream media, citizen journalism appears to be the only way people can get past the PR camouflague.
With all political parties of Bangladesh, as well as most Muslim leaders around the world, choosing to remain silent at the execution of Saddam Hussein, it is left to human rights organizations to remind us, that despite his atrocities, Saddam will be remembered for his defiance. The butcher of the Kurds will go down in history as a victim of flawed justice. The guns are now clearly turned against Iran, but the Saudi rulers, as well as the Egyptians and the Jordanians would do well to ponder, ?Who is next??