The eerie moonscape of Munem Wasif?s new photographic series, ?Land of Undefined Territory?, appears empty. On closer inspection, it reveals the scars of industrial activity, from vehicle tracks to stone crushing. The sense of menace and alienation is compounded by a three-channel video with a grating soundtrack.
These digital black-and-white shots were taken along an indefinite border between Bangladesh and India ? disputed land that is now home to unregulated mining but which also soaked up the blood of past upheavals, from the first, temporary partition of Bengal under the viceroy in 1905, to Partition in 1947 and the Liberation war of 1971. Ostensible documentary veers into questioning in Wasif?s deeply unsettling yet distanced probing of history, territory, ownership and exploitation. END_OF_DOCUMENT_TOKEN_TO_BE_REPLACED 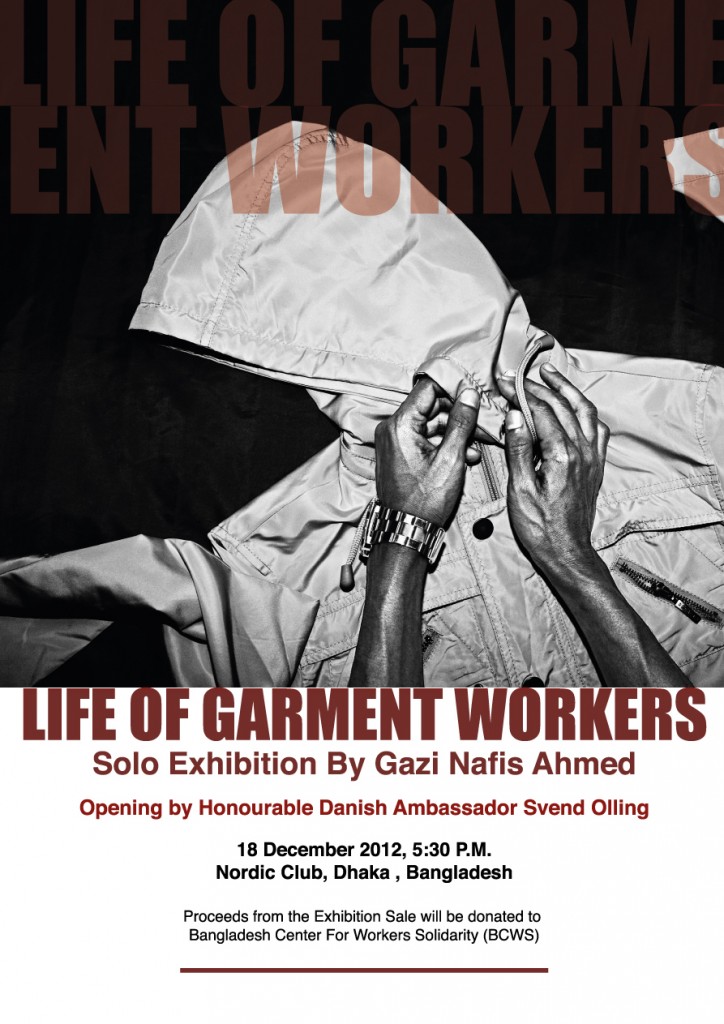 timely exhibition by a talented photographer with a lot to say,?money goes to BCWS, a garments trade union based in dhaka, bangladesh
Nafiz is a graduate from Pathshala
Please Retweet #Tazreen #garments #bangladesh

Pathshala alumni Gazi Nafiz Ahmed is one of the four photographers to be selected for the prestigious VII Photo Mentor programme.

Young girls dress themselves in mosque appropriate clothing borrowed from a bin at the entrance to the women’s section upon entering the Icherishahaer Mosque for Friday prayers in the old city of Baku, Azerbaijan on July 2, 2010. Image ? Amanda Rivkin / VII Mentor Programme.