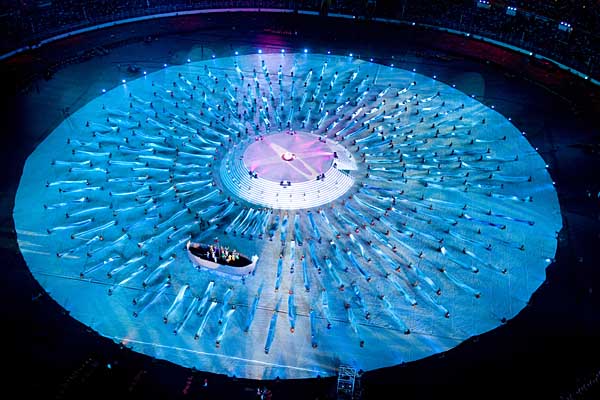 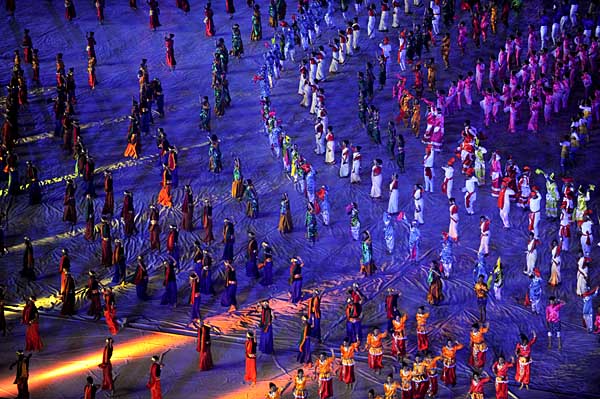 Dhaka’s heart beats for the game, but the city is fast running out of one vital ingredient

It is the 15th of August in Dhaka, a national holiday, a day of mourning for the Father of the Nation, Sheikh Mujibur Rahman, slain in a military putsch on this day back in 1975. I sit on my fourth-floor verandah in the residential area of Dhanmondi. It is also the month of Ramzan. Fasting and mourning have slowed down the pace of this normally choked, blaring, traffic-jammed, overcrowded city of nearly 15 million people.
Below me on the road running in front of the apartment building, boys play cricket – the familiar South Asian scene of bricks doing duty for wickets and excited shouts rising into the humid air. I watch the batsman as he faces a delivery. There is something dismally familiar about his wild swing at a ball outside the “off stump”; it’s the patented stroke of a nation that can’t go beyond the limited-overs game.
It’s a narrow road and the boys are crowded into it. I look up at the broken-tooth skyline of apartment buildings under construction, with cement pillars and iron rods sticking out any old where. Construction goes on at an unchecked, frantic pace, because Dhaka is fast running out of living space. Land is at a premium. This has begun to affect cricket. That is what I hear from officials at the Bangladesh Cricket Board’s offices. They are in Mirpur, right by the Sher-e-Bangla cricket stadium, a low-rise affair, where, at ground level, the sightlines are intimate and cosy compared to the spacious arenas in other countries.
I am here because I am interested in compiling, or at least in getting a start on, a history of cricket in Bangladesh. Independence came in 1971, and sometime in 1974 league cricket was kickstarted – a continuation of cricketing times in the old East Pakistan. Before that, clubs had revived, and coir mats were put down on the dusty “ovals” of the area outside the old stadium – now renamed the Bangabandhu National Stadium, where the opening ceremonies will take place for the World Cup next year – in the Gulistan commercial area.
In 1973 I was a first-year Dhaka University student, and we would go to watch the matches in the dirt and dust. There were clubs for whom our friends played, and on their match days we would have lunches with the team – naan gosht with Coke bought from the stadium restaurants – rinsing our hands afterwards with water from the garden hoses in the courtyards. Cricket drew us like rusted filings to magnets. We would go to watch net practice on afternoons, even as over the boundary wall buses would honk and screech by and street urchins collecting trash watch wide-eyed as bat and ball met. Or missed.


A sudden rain falls on the boys below me. A slanting Bengal rain. But the game does not break up. The boys keep playing in their soaked t-shirts. It’s a holiday, after all. Why let a little rain spoil an absorbing game of cricket? The boys still have a happy concept of freedom, something we adult Bangladeshis seem to have lost.
I remembered Gulistan from an even earlier era, as a little boy during the mid-1960s. A tree-lined, shady circle with Nawab Siraj-ud-Dowla’s cannon smack dab in the centre. Sports-club buildings ringed the circle; lovely white clapboard bungalows. Victoria Club – or was it Wanderers? – even had a white picket fence. We lived in Motijheel Colony then, a residential complex for government officers. I learned how to leg-glance there. We left for West Pakistan sometime later and my cricket carried on on Karachi’s sandy grounds.
In 1972 we came back to an independent Bangladesh, to a nation in smoking post-war ruin. But “never say die” was the motto. From the ashes of a civil war rose the phoenix of cricket. Clubs revived, the stadium pitch was renewed, old players streamed back to play. The Bangladesh Cricket Control Board was set up in 1972, and a host of tournaments came into being.
At the university cricket ground we played with a row of palm trees standing guard at one end. In 1976 an MCC team came to Bangladesh, followed by Omar Kureishi’s XI, led by Imran Khan, then the Deccan Blues followed. Subsequently there were ICC matches, and thus began Bangladesh’s slow grind up through the ladder to full Test status.
I left for the United States in the mid-1980s and so missed parts of the story from then on, but once hooked is forever hooked, and so I followed the plot from abroad.
The roster of clubs expanded, the league became a serious affair – gone was the carefree bonhomie that characterised the 1970s and early 80s. Especially crucial in this transformation were the overseas players – from a trickle in early 80s to a flood later: English county players such as Richard Illingworth, a host of Pakistanis (even Wasim Akram, who made friends here among the Bengalis) and Indians (Ashok Malhotra and Arun Lal to name a couple), and especially Sri Lankans: Marvan Atapattu, Duleep Mendis, Arjuna Ranatunga and Sanath Jayasuriya. Bangladesh cricket would never the same again, its horizons having been exponentially expanded.
I came back in 2002, and seeing Bangladesh field a Test team made me want to stitch together a narrative of its beginnings, specially the first two decades. That cricket was even played in the outer stadium grounds in Gulistan – by now a nightmare ant-heap of rickshaws, men, women, pavement hawkers, mendicants, buses, more men – seemed to me to be something that would soon fade from public memory, as cricket history became solely the memories of old-time players.
But no, I was told at the BCB offices, there were no records. Nothing that went back to the 1970s at all. I sat in a room with a large window, through which I could see bright sunlight crash down on the pitch, talking to a couple of officials who had seen it all, had been through it all from the East Pakistan times and now worked for the board. No archives, no paper trail, they said in reply to my queries. Minutes of the meetings of the board? There had been a fire, somebody said. All gone.
Slowly I began to realise it was all down to old men’s memories. The talk drifted to present times, about the much-discussed fact that Bangladesh could not play the longer version of the game, about the league structure, about the future of the game. Finally one of them said, “L-a-n-d.”
“Land?” I enquired.
“Y-e-s,” rang back the plaintive answer from the Greek chorus.

There was no land left in Dhaka to play cricket on. Schools had no fields, neighbourhood playing areas had disappeared, the word “community” meant a clutch of apartment buildings. Clubs were there, but no fields. Boys played in lanes and on apartment rooftops. No land, no cricket. Where will they play? Where are future players going to come from?
Dhaka is a city of tenements, slums and apartments, its jagged skyline of apartments sprouting to the incessant roar of choked traffic and the beat of an exploding population. People flock to it from the villages, their homesteads washed away by swollen monsoon river tides, joining the ranks of rickshaw pullers, beggars, shopkeepers, day-labourers, household help, darwans, drivers, busmen, the hordes of the unemployed and the under-employed. The ranks swell every day. They claim to, but we all know nobody really has a handle on it.
I had no answer to the Greek chorus. I left, after a tour of the modern, expensive drainage system at the stadium, the locker rooms, the training academy. Sitting in the car on the way back I suddenly remembered Chittagong, where I spent a couple of years at St Placid’s School. It had two fields, nicknamed Big Field and Little Field. On mornings when I came early to school, I would wander over to Big Field. It was where the school team played cricket, and the grass would be dew-pearled in the morning light, an unbelievable green. It was the grass at the stadium, I realised with a start, that had triggered this ghost image from way back.
Fields and cricket – where was one without the other? And the narrative? Cricket in Bangladesh, whose origins and artistic heart was so centered in Dhaka that for well-nigh three decades the history of Bangladesh cricket was synonymous with that of the city – well, I thought, it would have to be written by somebody far better than I.
Khademul Islam is a Bangladeshi writer and critic