Ernest Shackleton made three expeditions to the South Pole. Two of them have been very successful, and during the third expedition,in 1914, the research vessel “Endurance” sank to the bottom of the ocean. The expedition managed to survive and wondered around the South Pole for 497 days right up to 1917. 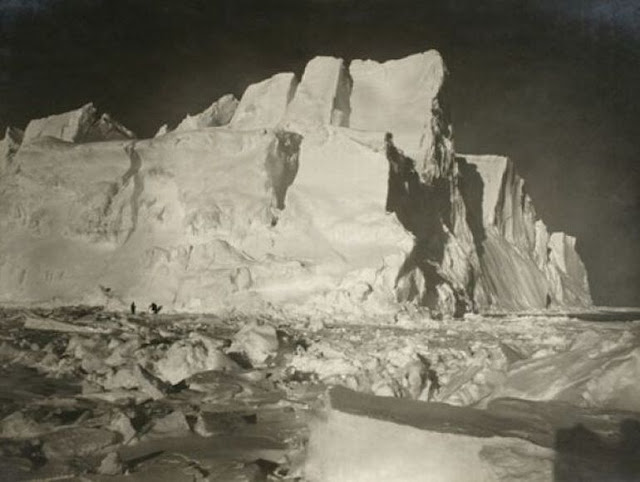 END_OF_DOCUMENT_TOKEN_TO_BE_REPLACED

The United States?multinational?energy company?ConocoPhillips?will soon start looking for gas in a deep offshore area in the Bay of Bengal.

With a short fall in the supply of gas and with declining reserves, the?Bangladeshi?government is desperate to find new supplies of gas.?It is the first time that the government has opened up its offshore territory to foreign exploration.?However, some are criticizing the government for signing this new deal with an international oil company.
David Bergman?hears?from both sides.
Bangladesh not only uses gas to fire its power stations to produce electricity; gas has also become essential for many other parts of its economy.
Ijaz Hossain, is one of the country?s leading energy experts and a director of the country?s own gas exploration company, BAPEX. END_OF_DOCUMENT_TOKEN_TO_BE_REPLACED

As government faces increasing criticism over its controversial deal with ConnocoPhillips and pressure mounts to force the government to reveal the contract, an oil spill in China lends weight to the protesters claims that the company has a poor safety record.


China said Wednesday it had ordered ConocoPhillips to immediately stop operations at several rigs in an area off the nation’s eastern coast polluted by a huge slick.
The 336-square-mile slick emanating from the oil field in Bohai Bay — which ConocoPhillips operates with China’s state-run oil giant CNOOC – has sparked outrage amid allegations of a cover-up.
On Wednesday, the State Oceanic Administration (SOA) said operations would not be allowed to resume before the source of the spill was fully plugged and “risks eliminated,” as fears over the long-term impact on the environment grow.
“There has been oil seeping continuously into the sea for days from platforms B and C in the Penglai 19-3 oil field and there is still a slick in the surrounding marine areas,” the SOA said in a statement.
“Another spill could happen at any time, which has posed a huge threat to the oceanic ecological environment,” it said, adding it had ordered Houston-based ConocoPhillips to stop operations at those platforms.
Spill ‘Basically Under Control’
CNOOC last week said the spill — which was detected on June 4 but only made public at the beginning of July — was “basically under control” while ConocoPhillips told reporters the leaks had been plugged.
The official China Daily newspaper last week said that dead seaweed and rotting fish could be seen in waters around Nanhuangcheng Island near the site of the slick.
It quoted a local fisheries association official as saying the oil leak would have a “long-term” impact on the environment.
CNOOC has been slammed by state media and green groups over the spill, and it emerged on Tuesday that the firm was cleaning up another slick after a breakdown at a rig off the northeast coast.
The state-run giant said the leak was “minor”.
In a separate incident, a CNOOC refinery in the southern province of Guangdong caught fire Monday but there were no casualties, the company said, adding that the cause of the blaze was still under investigation.
The refinery is located about 25 miles from the Daya Bay nuclear power plant, according to the official Xinhua news agency.
Copyright Agence France-Presse, 2011