Last year, I stopped travelling to Indonesia. I simply did? I just could not bear being there, anymore. It was making me unwell. I felt psychologically and physically sick.
Indonesia has matured into perhaps the most corrupt country on Earth, and possibly into the most indoctrinated and compassionless place anywhere under the sun. Here, even the victims were not aware of their own conditions anymore. The victims felt shame, while the mass murderers were proudly bragging about all those horrendous killings and rapes they had committed. Genocidal cadres are all over the government. END_OF_DOCUMENT_TOKEN_TO_BE_REPLACED

The Asia-Europe Foundation (ASEF) is organising the 9th ASEF
Journalists? Colloquium, which will be held in New Delhi (Gurgaon),
India from?9-11 November 2013.
We are pleased to invite interested journalists from ASEM countries to apply for participation. To apply, more information can be found
here:
..
Travel subsidies to and from New Delhi and accommodation will be
provided by the organisers for successful participants. END_OF_DOCUMENT_TOKEN_TO_BE_REPLACED

CCA and ICI are pleased to present the first?Curatorial Intensive?in Europe:?From ?Official History? to Underrepresented Narratives. Developed by ICI in collaboration with CCA the programme will examine the role of cultural production in addressing geopolitical landscapes and recent histories. The week-long programme, taking place between May 19th?and 25th, will take concepts of narrative and memory as the theoretical and poetic underpinning to reflect upon recent social developments in specific geographies, while questioning the ability of art and exhibition-making to act as catalyst for change.
Through an international roster of speakers,?From ?Official History? to Underrepresented Narratives?will consider the tension between remembrance and forgetting, and the role of art and cultural institutions in creating a discourse of national identity and giving visibility to overlooked histories. Seminars, site visits, individual meetings, and roundtable discussions will be led by the following faculty: Miguel Amado (curator, the Portuguese Pavilion at the 2013 Venice Biennale), Mai Abu ElDahab (independent curator), Annie Fletcher (Curator of Exhibitions at the Van Abbemuseum, Eindhoven, and tutor at De Appel, Amsterdam), Khwezi Gule (Contemporary Collections Curator, Johannesburg Art Gallery), Peter Jenkinson (independent cultural broker and Co-Director, Culture+Conflict), and Paul Ram?rez Jonas (artist and Assistant Professor, Hunter College, NY), amongst others.?Attracting the highest caliber of curator from the international arts world, the Curatorial Intensive offers a unique opportunity for local curators to develop and learn alongside the very best in their field.
Fees and Scholarships: The programme fee is 1,900 USD or 1,200 GBP. Participants are also responsible for covering travel and accommodation expenses.?Scholarship packages that subsidise or eliminate the program fees, accommodation, and travel expenses are available and awarded based on merit.?A number of scholarships for Northern Irish participants by the Arts Council of Northern Ireland and Turkish nationals will be supported by SAHA.
About the Curatorial Intensive
The Curatorial Intensive is ICI?s short-term, low-cost training programme that offers 12 to 14 curators the chance to develop project ideas and make connections with professionals in the field. It also provides the invaluable opportunity for peer-group education, forging new networks internationally. The Curatorial Intensive takes place twice annually in New York, and in other locations in conjunction with institutional partners worldwide. To date there have been 11 Curatorial Intensives including one in Brazil and China, and two each in Mumbai and Philadelphia. Since 2010, ICI has received 768 applications from curators in 63 countries. In two years 165 curators have participated in the programmes from 39 countries and 19 U.S. states.
Deadline for applications: 4 March. 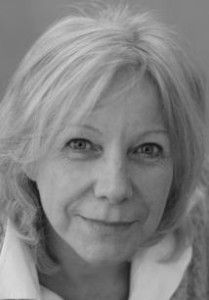 Sunday, 27 January, 12PM, Edward M. Kennedy Center
Panel discussion: New Directions ? Shifts in Editorial Space
With Shahidul Alam, Ruth Eichhorn and Patrick Witty
Monday, 28 January, 12PM, Edward M. Kennedy Center
Together with Shahidul Alam and Patrick Witty?(TIME),?Ruth Eichhorn will participate in the panel discussion?New Directions ? Shifts in Editorial Space. She is the?Director of Photography?of the?GEO?magazines, headquartered in Hamburg, Germany, since 1994. One day prior to the panel discussion she will also hold a presentation on?Trends in European Photography.
On top of her work with?GEO,?Eichhorn also heads the German nominating committee for World Press Photo?s Joop Swart Masterclass, and has been a member of the World Press Photo jury.


But we too, would like to see their faces. We would like to see the face that’s doing the killing. Occupying forces are not `welcome’ either. Not on Afghan soil, nor on Iraq’s soil. For they bring with them a `massive attack’ on the rights of women, they make women and children prisoners in their own land. Their veil of rhetoric hides their `intentions.’
But may be `concealment’ is essential so that they can’t prosecuted for murder under the domestic law of the country in which they conduct targeted killings? May be they need to `hide’ their faces to avoid being prosecuted for violations of applicable US law??According to a news report, The Year of the Drone Strike, 2009, netted 5 actual militant leaders, killed 700 innocent civilians. What do these faceless killers teach us, the global public? That no face-saving gestures of European rulers can conceal their complicity in war crimes in Afghanistan (and Iraq)?
Ernest Hemingway had said, We must take away their planes, their automatic weapons, their tanks, their artillery and teach them dignity (For Whom the Bell Tolls). Dignity? Do those who are `subservient’ to America’s military and economic interests, have any?
concluding instalment next week..
Other articles on burqa ban
this one is funny
serious
detailed