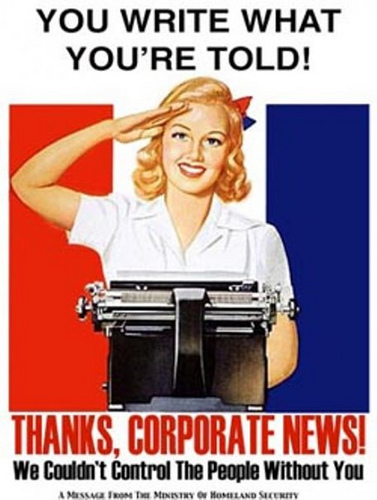 END_OF_DOCUMENT_TOKEN_TO_BE_REPLACED


25th March 1971. My eldest niece had just been born the day before. It was a premature birth. Amma had found a Mariam flower and the flower had bloomed, heralding the birth. She had stayed behind at the clinic. We had felt something was afoot, and Babu Bhai and I went out to try and get mother and child back from Dr. Firoza Begum’s clinic in Dhanmondi. Our home might not have been safer, but at least we’d be together. Friends were building roadblocks in the streets by then, and let us through reluctantly, warning us that we had little time.
We went along the narrow road by Ramna Police station to Wireless Mor, it being too dangerous to go along the main road. I climbed over the barbed wires on the boundary walls to get to my sister’s flat, but my brother in law felt it was too dangerous to go out, so I turned back. By then the tanks were on the streets.
I had fallen asleep, but woke up to the sound of gunfire. The wide red arcs of tracer bullets had lit up the sky. The only tall building nearby was the Hotel Intercontinental, where the meetings between Mujib and Bhutto had taken place, and where the foreign journalists were staying. The slum next to the Sakura Hotel and the nearby\ newspaper office were ablaze. We could hear the screams. Those who were able to escape the fire, ran into the machine gun fire waiting outside.
Abba (my father), Babu Bhai and I watched in silence. We had argued with Abba about Pakistan, but he had been victimised as a Muslim in pre-partition India, and would not support what he saw as the break up of the nation. That night he finally broke our silence by saying, “now there is no going back.”
We heard the gunshots all night, and there was a curfew the following day. Eventually when there was a small break in the curfew the day after, Abba went to get supplies, and Babu Bhai and I got my sister and her daughter to Nasheman, in Eskaton where we lived. We called her Mukti, meaning `freedom’. But relatives warned us that it was too dangerous to use that name, even if it was a nick name to be used only amongst ourselves. So Mukti became Mowli, and even after independence, the name stuck.
Twenty five years later in 1996, I tried to put together a collection of images of ’71 for our 1996 calendar. I am reminded of the introduction:

[Twenty five year ago, even longer perhaps, just a camera in hand, they had gone out to bring back a fragment of living history. Today, those photographs join them in protest. Peering through the crisp pages of the newly printed history books, they remind us, “No, that wasn’t the way it was. I know. I bear witness.”
The black and white 120 negatives, carefully wrapped in flimsy polythene, stashed away in a damp gamcha, have almost faded. The emulsion eaten away by fungus, scratched a hundred times in their tortuous journey, yellowed with age, bear little resemblance to the shiny negatives in the modern archives of big name agencies. They too are war weary, bloodied in battle.
So many have sweet talked these negatives away. The government, the intellectuals, the publishers, so many. Some never came back. No one offered a sheet of black and white paper in return. Few gave credits. The ones who risked their lives to preserve the memories of our language movement, have never been remembered in the awards given on the 21st February, language day.
25 years ago, they fought for freedom. They didn’t all carry guns, some made bread, some gave shelter, some took photographs. This is just to remind us, that this Bangladesh belongs to them all.]
Drik Calendar 1996
Today, embedded photojournalists with digital cameras, give us images of yet another aggression. This time, from the other side of the gun. The 50 clause contract that gives them access to imperial military units, like the unwritten rules that allow them access to presidential pools, ensure that `free’ media remains loyal to the warmongers. Will we ever get to see the images taken by the Iraqi photographers? Will their negatives die the same death? Will those images, like the bombed ruins of a magnificent city, be the only tattered remains of an aggression that the world allowed to happen? In ’71, the Seventh Fleet was stationed in the Bay of Bengal. The Mukti’s were not deterred by this show of power. They won us our independence. Today, after 43 more US military interventions across the globe, it is the Seventh Cavalry that bombs Iraq. And our own government, forgetting the lessons of history, forgetting that they tried to kill our unborn nation, turns against the will of its people. Our own police turn against us in our anti war rallies, to protect the biggest aggressor in history. These negatives may not survive, but the collective memory of the people of the world will, and our children will confront us in years to come.
Shahidul Alam
Dhaka
26th March 2003
* A flower from Arab deserts, used during labour to predict the time of childbirth.
** A working man’s cloth of coarse cotton, used as padding when carrying weight, to carry food, and to wipe away sweat.